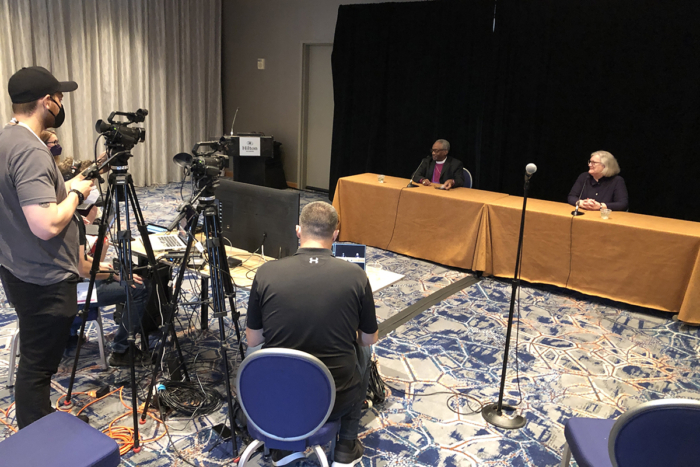 [Episcopal News Service] The Episcopal Church’s presiding officers and the secretary of General Convention on July 7 welcomed bishops and deputies to Baltimore, Maryland, for the 80th General Convention and expressed gratitude to the city and the Diocese of Maryland for hosting this scaled-down meeting of the church’s governing body.

“This is a wonderful city,” Presiding Bishop Michael Curry said in an afternoon media briefing, held the day before General Convention officially gets underway. He noted that he previously served for 12 years as rector of Baltimore’s St. James’ Episcopal Church. “I had some of the best years of my ministry and life” in the city, he said. 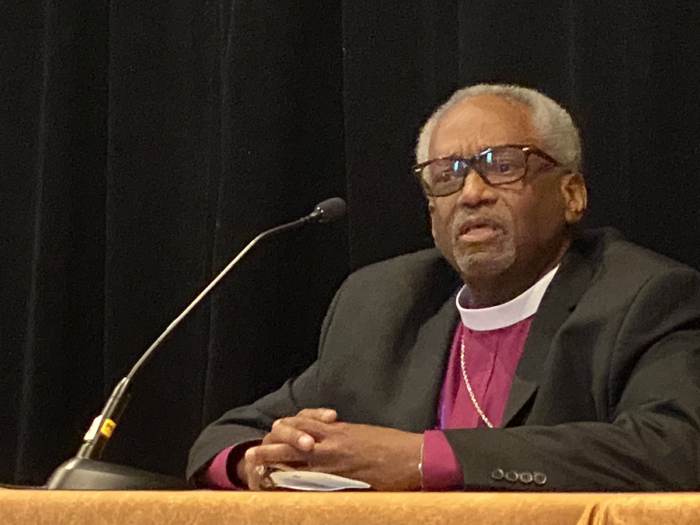 The Rev. Gay Clark Jennings, president of the House of Deputies, acknowledged the disappointment felt by many attendees that the church will have to wait until 2024 for a full-fledged General Convention because of continued COVID-19 concerns. The meeting in Baltimore was shortened from eight to four days, July 8-11, and committees working online in advance were asked to focus mainly on critical governance matters and other urgent legislative priorities. In Baltimore, bishops and deputies also will have fewer scheduled opportunities for socializing, a tradeoff to lessen the spread of the coronavirus.

“This was not the convention anybody hoped for or anticipated,” Jennings said during the afternoon media briefing, which was held at a downtown hotel one block from the Baltimore Convention Center. Jennings praised the work of church staff members, the host city and the diocese for successfully pivoting to a shorter, smaller gathering.

Under the plan to minimize public health risks, bishops and deputies must wear masks indoors, provide proof of vaccination and commit to daily tests for infections. “The reason we do it as a church is because we are committed to the protection of the most vulnerable among us,” Jennings said. “That, to me, is a gospel imperative.”

General Convention typically convenes every three years as a hub for legislative activity, networking and fellowship. The 80th General Convention was postponed by one year, creating a four-year period since the last meeting, held in Austin, Texas, in 2018. As the church’s primary, bicameral governing body, it splits its authority between the House of Bishops and House of Deputies, with deputations from all 112 of the church’s dioceses and mission areas. Three dioceses, Cuba, Honduras and Venezuela, did not send deputations to Baltimore for this meeting. 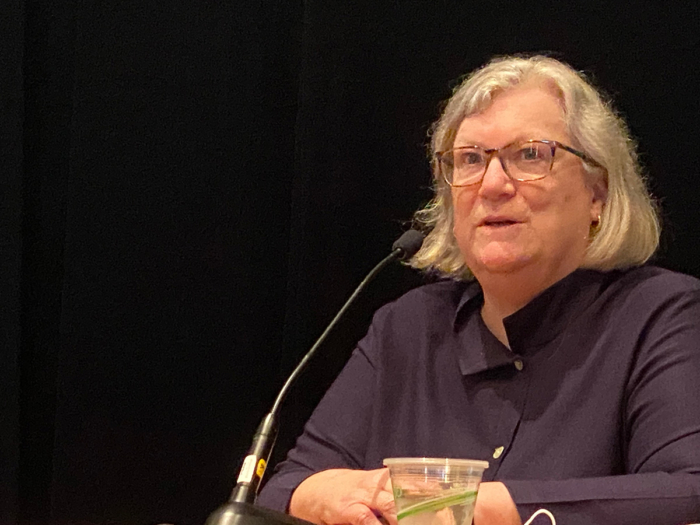 The absence of those dioceses, for reasons ranging from COVID-19 concerns to visa issues, “is a true loss for our convention, when that part of the family cannot be with us,” Jennings said. She added nearly 30% of the clergy and lay deputies elected to this General Convention, compared to a normal average of about 5%, have resigned for various reasons, and some were forced to cancel travel plans at the last minute because they tested positive for COVID-19.

Even so, about 1,200 people are expected to attend some or all of the 80th General Convention, according to the Rev. Michael Barlowe, secretary of General Convention. He offered specific thanks to volunteers who signed up to help stage the meeting.

“The General Convention of The Episcopal Church could not exist without hundreds of volunteers,” Barlowe said, and he thanked the city and the diocese for welcoming the church “with open arms and enormous hospitality.”

All daily media briefings, worship services and legislative sessions will be livestreamed on the GC80 Media Hub. Curry will preach at the opening Eucharist, at 8:30 a.m. Eastern July 8.

Coverage of news from the convention will be updated throughout the four days on Episcopal News Service. The calendars listing the timing of resolutions to be taken up by each house are available in the General Convention Office’s Virtual Binder. 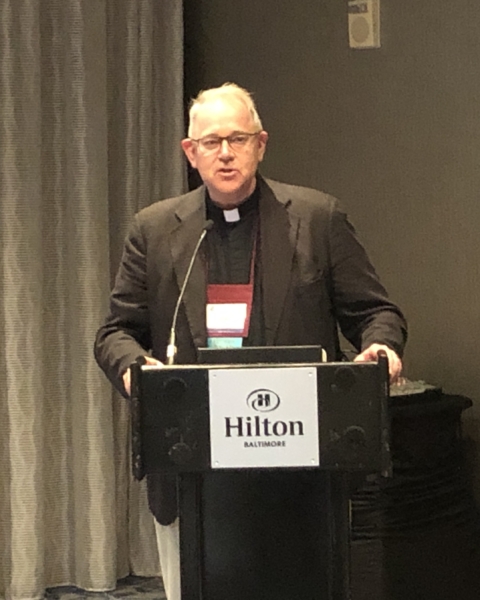 Barlowe said 412 resolutions were filed for consideration. Many of them will be voted on in batches through consent calendars rather than taken up individually. Floor debates are expected only on more controversial measures or on actions that church leaders want to raise to greater prominence.

Jennings, who will conclude her third and final term as president at the end of the 80th General Convention, said the deputies will be asked to change certain House of Deputies rules for this General Convention to make it harder to move resolutions from the consent calendar to the floor for debate. The change is intended to ensure all business can be completed in four days, though Jennings said, she is aware of the possibility of some deputies objecting.

In pre-pandemic planning, the 80th General Convention was expected to draw 10,000 to Baltimore over the span of two weeks in July 2021. With a fraction of that total now due to attend they postponed meeting, Curry invoked the words of Jesus in the Gospel of Matthew: “Where two or three are gathered in my name, I am there among them.”

In Baltimore, “two or three will gather together in his name,” Curry said. “Maybe not 10,000, but 1,200 or so. And he’ll show up, and something good will happen while we’re gathering here.”