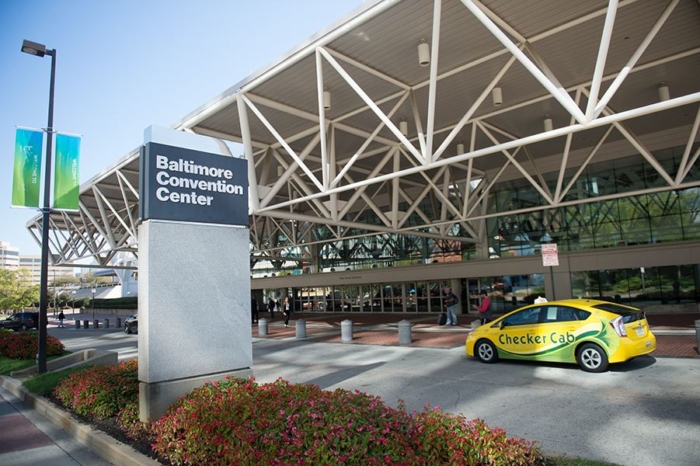 [Episcopal News Service] The long wait is over. The 80th General Convention is about to get underway.

For starters, it was shortened from eight to four days and the legislative process streamlined, to reduce the risk of coronavirus transmission among bishops and deputies. Committees concluded their work in advance online, so the House of Bishops and House of Deputies could devote the in-person gathering to legislative sessions. All attendees must wear masks indoors, provide proof of vaccination and commit to daily tests for infections. The convention hall will be closed to exhibitors and other visitors, and church-affiliated organizations were asked not to schedule parallel meetings in Baltimore during General Convention.

“I can’t say enough about how fabulous the people of Baltimore have been,” Barlowe said in an interview with Episcopal News Service, and he added that the location of the Baltimore Convention Center in the city’s Inner Harbor is ideal. “There’s just plenty of things to do outdoors,” Barlowe said. “For an urban environment, I can’t think of any place that’s better situated.”

out of office message is set. let's gooooooooo #GC80

My entire row on the Alaska SEA-BWI flight is going to #gc80. No, we did not plan this.

General Convention typically convenes every three years as a hub for legislative activity, networking and fellowship. As the church’s primary, bicameral governing body, it splits its authority between the House of Bishops and House of Deputies, with deputations from all 112 of the church’s dioceses and mission areas. Three dioceses, Cuba, Honduras and Venezuela, have said they aren’t sending deputations to Baltimore for this meeting.

Among General Convention’s responsibilities is approval of a triennial churchwide budget, as well as hundreds of additional resolutions covering everything from liturgical revisions to the church’s positions on public policy issues, from food insecurity to paid family leave to comprehensive immigration reform. It also is a time for churchwide elections, and this year, deputies will elect a new president and vice president.

To make a shorter convention possible, committees were advised to focus on critical church governance matters and other top legislative priorities while deferring other actions until 2024, when Louisville, Kentucky, is scheduled to host the 81st General Convention.

“As we head into this 80th General Convention, I want to call my fellow Episcopalians to prayer for this important work before us – that we may carry it out with grace, hope, wisdom and love,” Presiding Bishop Michael Curry said in a written statement to ENS. “I invite us all to see Christ at the center of all we are doing and say Yes to his invitation to become a church that looks and loves just like Jesus.”

He and his office’s staff arrived in Baltimore on July 1 to ensure equipment made it to Baltimore and to prepare to move into the convention center. The process involves setting up tables and chairs, but also computer systems, broadband internet nodes and electric supply throughout the two separate meeting halls for bishops and deputies. Because of COVID-19, seating will be spread out more than at past conventions, and there will be no visitor galleries.

Despite the one-year postponement, Barlowe’s office had been planning a full-fledged 80th General Convention until this spring, when concerns about the continuing threat of coronavirus transmission prompted Curry and the Rev. Gay Clark Jennings, president of the House of Deputies, to endorse a scaled-back version. The goal was to find a way to proceed with an in-person meeting in Baltimore, while enhancing safety precautions.

“There are no guarantees, but the measures that have been adopted have exceeded by far the CDC recommendations for meetings of this kind,” Barlowe said. “The convention center itself will have state-of-the-art air filters that actually exceed standards that you see in many hospitals.”

With that level of air filtration and conditioning, his advice to bishops and deputies is to bring a sweater. “It will probably be cooler than many people like,” he said.

Dr. Colden, @HouseDeps public health consultant, says deputations should consider designating someone who doesn't partake in a group activity to minimize chances everyone will be infected at once and a deputation will lose its vote. #gc80

Scaling down the gathering in Baltimore, however, will not save money. Church leaders have said it in fact will cost about $1.1 million more. Much of that total is tied to the church’s guarantee of a certain number of stays at hotels in Baltimore, an estimated liability of up to $750,000.

Even so, Barlowe praised his office’s staff for minimizing the loss. Until the decision in May to scale down the convention, they had successfully navigated the one-year postponement without “losing one penny,” he said.

One silver lining to the postponement was the increased time that legislative committees had to review proposed resolutions. Beginning in February, hearings were held online for the first time, open to anyone interested in participating remotely on Zoom. About 2,500 people attended the meetings and hearings of General Convention’s two dozen legislative committees.

The General Convention Office expects to apply lessons learned from hosting those online meetings to its facilitation of future meetings of church governing bodies. In Baltimore, bishops and deputies also will consider a resolution, A097, that commends the online meetings as “an experiment that can help the Episcopal Church learn more about how to adapt its structures and governance to the post-COVID world.” The resolution asks Executive Council to study the process. Another resolution, A098, would create a task force to conduct similar examination of online tools for collaboration.

Could the 80th General Convention have followed an online or hybrid model? That “was a real possibility when we first talked about this in summer of 2020,” Barlowe said, but some church leaders raised concerns that such an arrangement wasn’t allowed under the church’s canons.

Such ambiguity appears unlikely to be resolved anytime soon. “There’s no resolution before this General Convention to ask for the canonical clarity of providing hybrid conventions or online conventions,” Barlowe said.

Before the pandemic, this General Convention had been expected to generate an estimated $20 million or more in economic activity for Baltimore through hotel stays, meals at restaurants and other local spending. Barlowe did not yet have an updated economic impact estimate for the scaled-down 80th General Convention.

ENS will have a team of reporters and editors in Baltimore providing continuous coverage of the 80th General Convention through July 11. Here is an overview of what to expect as business gets underway.

How to watch online

All worship services and legislative sessions for the four days will be livestreamed on the GC80 Media Hub. This in-house video portal also will feature videos of the daily media briefing and interviews with bishops and deputies, produced by the Office of Communication.

Floor debates are expected only on more controversial measures or on actions that church leaders want to raise to greater prominence, such as a resolution condemning Russia’s war on Ukraine.

The text of all proposed resolutions, their status and the daily schedules for their consideration can be found on the General Convention Office’s Virtual Binder at vbinder.net.

The Day 1 #gc80 #HoD calendar is now live in the VBinder: https://t.co/W3YITOCOIZ

There are 412 resolutions to be considered at #gc80. Forward Movement is at 412 Sycamore Street. Coincidence? I think not. pic.twitter.com/v4XVkbKsQf

Five deputies have declared their candidacies for House of Deputies president, and there is one candidate so far for vice president.

Byron Rushing of the Diocese of Massachusetts, the current vice president, is completing his third term as well and cannot run again, so deputies will also elect his successor, on the third day, July 10. The only candidate to come forward publicly for vice president is the Rev. Rachel Taber-Hamilton, Diocese of Olympia.

The two positions cannot be held by members of the same order. If a priest is elected president, for example, only lay deputies will be on the ballot for vice president. It is still possible additional candidates will come forward, though they would have had to apply by March 8 and agree to background checks.

The House of Deputies website lists biographical information on the candidates and video of candidate forums.

Wrapping up the orientation for @HouseDeps for #gc80, @gaycjen notes her successor will be elected from the youngest, most diverse slate ever. Watch 1-on-1 interviews with the candidates. https://t.co/FwUW1h4xQh

Worship will be Eucharist on July 8 and 10, while Morning Prayer is scheduled for July 9 and 11. All services will start at 8:30 a.m. and will be livestreamed on the media hub.

Sermons for each of the four days will be presented as prerecorded videos in the two houses. Curry will preach for the opening Eucharist, followed by Jennings on July 9. Maryland Bishop Eugene Sutton is the July 10 preacher, and the final service will feature a sermon by the newly elected president of the House of Deputies.

General Convention’s legislative committees discussed a wide range of issues at their meetings and hearings, some of which are heading to the floors of the House of Bishops and House of Deputies for final votes. Full ENS coverage of the committees’ work is available here. Some highlights follow: