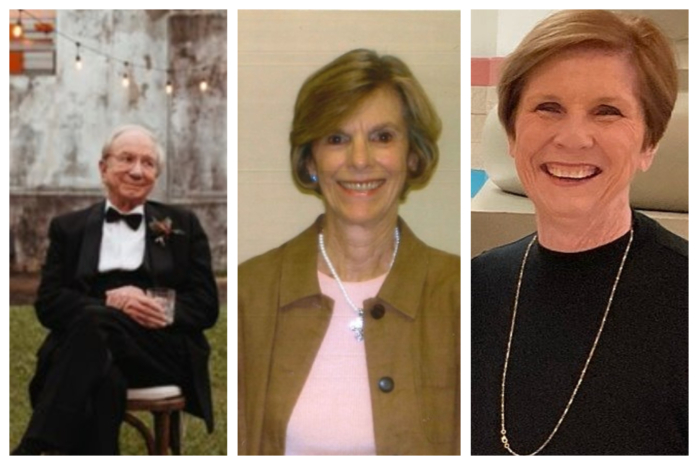 [Episcopal News Service] The three victims of a shooting on June 16 at St. Stephen’s Episcopal Church in Vestavia Hills, Alabama, “modeled how to live in love,” offering food and companionship to the man accused of killing them, the church’s rector said.

“This is what it means to be Christian, to love unconditionally at the ultimate cost,” the Rev. John Burruss told Episcopal News Service on June 21.

Bart Rainey, 84, Sharon Yeager, 75, and Jane Pounds, 84, all longtime parishioners, were catching up at a monthly church potluck for people of the baby-boomer generation and older, Burruss said. According to police, they noticed 70-year-old Robert F. Smith sitting alone and invited him to their table, and then Smith pulled out a handgun and shot them.

“Three of the most faithful people kept inviting this member of our community to sit with them and be with them and they loved him,” Burruss said. “And it cost them their life. And there’s not a doubt in my mind that they would do it again.”

Rainey had moved farther away from the church because of health issues but still attended either in-person or online every week, Burruss said. Yeager and Pounds were the leaders of the altar guild, and on the day they died, they set the altar for the coming Sunday – the 19th – when the congregation and clergy returned to the church for the usual Sunday Eucharist.

“There’s no other place in the world I’d have rather been,” Burruss told ENS. People came “pouring out of the woodworks” to attend the Sunday service, “just hungry to be together and be in that space.”

Messages of support have been pouring in from around the world ever since Burruss was awoken to the news of the shooting at 3:30 a.m. while in Athens, Greece, where he was leading a pilgrimage at the time. The response, he said, shows “that love and compassion break through the most horrible of circumstances.” Episcopalians from around the Diocese of Alabama and across The Episcopal Church and leaders from Christian, Jewish and Muslim faith communities in the Birmingham area are among the many who have reached out to offer support, and locals have tied thousands of green ribbons on trees and mailboxes around town as a sign of remembrance and healing, Burruss said. 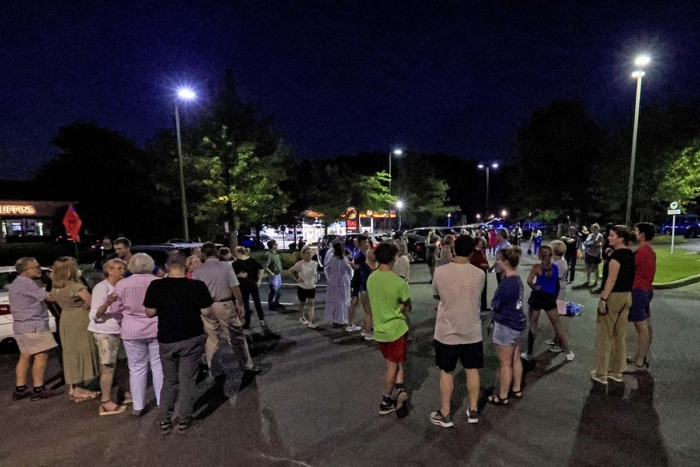 The parish’s youth group held a vigil in the church on the night of the 19th to pray, to sing and to process the events.” Grief counselors have been available at the church every day since the shooting, and each person who attended the potluck has been assigned an individual counselor, according to Burruss.

The funerals for the three victims will take place at St. Stephen’s on the 22nd and 23rd, and will be livestreamed.

Smith, who has been charged with capital murder, had attended the previous month’s potluck, Burruss told ENS.

“He was a newer parishioner – he’d been worshiping with us for six months – and we knew him, we loved him and invited him to be a part of the community,” Burruss said.

Parishioners who attended the June 16 potluck said Smith sat alone, drinking from what appeared to be a small liquor bottle, while everyone else shared food and lighthearted conversation, the Associated Press reported. Susan Sallin, 73, said he had previously attended services and a few other events but seemed “disengaged.”

Sallin told the Associated Press she was sitting at the same table as the three victims, and she and others invited Smith to their table, but he refused. “I personally invited him to come and sit at our table twice because I wanted him to feel a sense of inclusion, but he did not come,” she said.

Rainey’s wife, Linda, offered to get him a plate of food, which he also refused, Sallin said. Then he pulled out a handgun and started firing. According to Sallin, another attendee in his 70s grabbed the gun out of Smith’s hand and subdued him, and several other attendees held him down until police arrived.

“The person that subdued the suspect, in my opinion, was a hero,” Vestavia Hills Police Capt. Shane Ware told reporters during a press conference on the 16th, saying that act was “extremely critical in saving lives.”

After Bart Rainey was shot, according to a statement provided by the Rainey family to the Associated Press, Linda Rainey held him and “he died in her arms while she murmured words of comfort and love into his ears.”

Burruss told ENS that he sees a parallel between the church potluck and the last supper of Christ, an analogy he discussed in his sermon on the 19th.

“We are Christians because of an act 2,000 years ago … All of us are wrapped up in this story because someone modeled compassion and love so much that they invited the person that would ultimately betray them to a meal,” he told ENS. 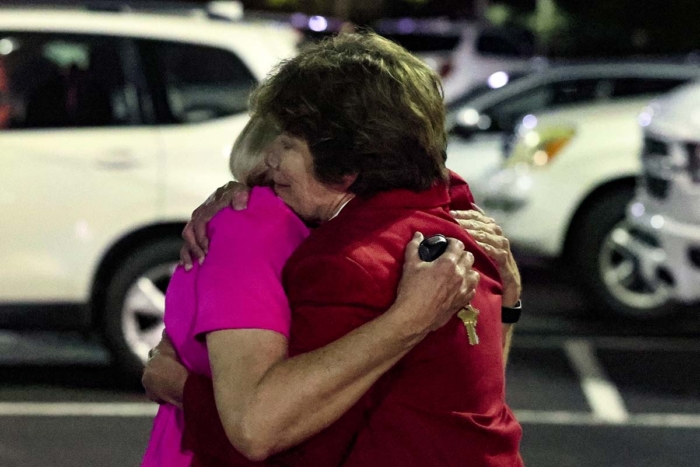 People console each other after the shooting. Photo: Butch Dill/AP

Smith had a federal firearms dealer license that expired Jan. 1, as reported by The Trace, a reporting partnership with USA Today that created an interactive database of interactions between the Bureau of Alcohol, Tobacco, Firearms and Explosives and gun dealers or manufacturers. In 2018, ATF issued Smith a warning letter for not being able to account for missing firearms listed in his inventory, the records show; an in-person inspection had found Smith had 86 guns on hand, compared to 97 in his official dealer’s record. He was cited for a violation but no further action was taken beyond the warning letter, the records show.

For updates on the tragedy at St. Stephen’s, visit its website.