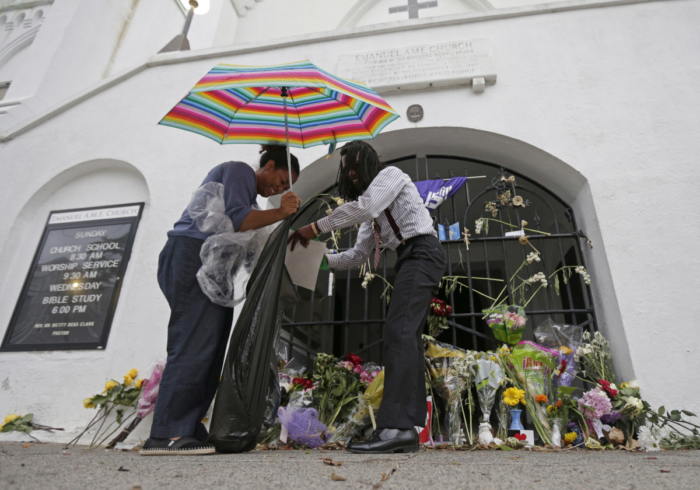 [Episcopal News Service] Presiding Bishop Michael Curry will participate in a June 17 Inaugural National Bible Study marking the seventh anniversary of the 2015 shooting at Mother Emanuel AME Church in Charleston, South Carolina, where a white supremacist killed nine Black churchgoers. Curry will deliver the closing comments and benediction for the Bible study at Mother Emanuel, which will be livestreamed starting at 7 p.m. Eastern.

Bible study participants will discuss Mark 4:1-9, the Parable of the Sower, which the nine victims were studying when they were murdered. All are invited to virtually join the Bible study, which will be led by “a distinguished panel of Biblical scholars and church leaders” and includes a resource guide.

“Remembering the Emanuel Nine in Charleston is also a call to action, calling people of faith, as the Parable of the Soils suggests, not to get weary but to keep sowing seeds for change,” said the Rev. Margaret Rose, deputy for ecumenical and interreligious relations for The Episcopal Church.

Other religious leaders, including Presiding Bishop Elizabeth Eaton of the Evangelical Lutheran Church in America; politicians, including Rep. Jim Clyburn and Sen. Tim Scott; and relatives of the victims will participate in the series of commemorative events, including a press conference at 2 p.m. Eastern on the 17th and a Juneteenth celebration.

On June 17, 2015, Dylann Roof shot and killed nine Black people during a Bible study at the church. The same white supremacist ideology that inspired Roof reportedly drove a white teenager to kill 10 Black people at a supermarket in Buffalo, New York, in May. As the “white replacement” conspiracy theory has become mainstream, amplified by politicians and media commentators, reports of hate crimes targeting African Americans have surged.

“The loss of any human life is tragic, but there was deep racial hatred driving this shooting,” Curry said after the Buffalo shooting, “and we have got to turn from the deadly path our nation has walked for much too long.”

Correction: An earlier version of this story misspelled the name of Mother Emanuel AME Church.