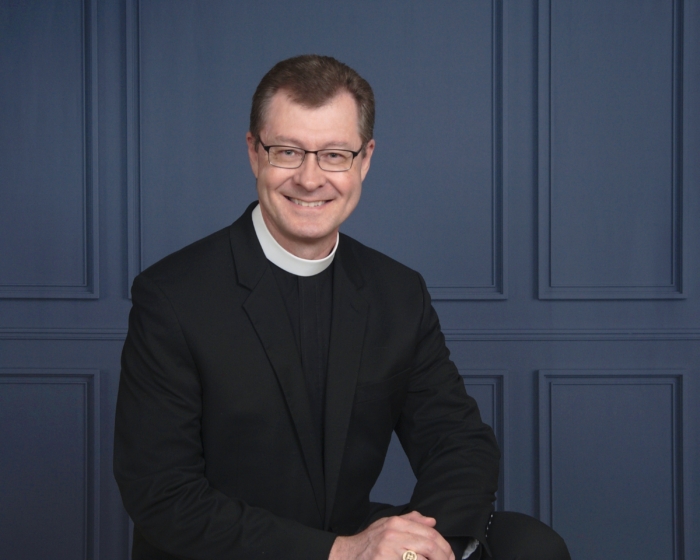 [Diocese of Virginia] More than 450 lay and clerical delegates gathered June 4 at St. Stephen’s and St. Agnes School in Alexandria, Virginia, for a special convention to elect the 14th bishop diocesan of the Diocese of Virginia. The delegates elected the Rev. Mark Stevenson on the second ballot. The other nominees were:

Prior to balloting, a motion was made on the floor of convention to amend the rules of election to allow for a nomination from the floor of a petition candidate for whom a background check had been completed. This motion was defeated.

Before being called to this role in September 2018, Stevenson was the director of Episcopal Migration Ministries, leading a dedicated team in executing a national program of refugee resettlement. Previously, he served as domestic poverty missioner for The Episcopal Church.

Stevenson served as canon to the ordinary in the Diocese of Louisiana from August 2005 until September 2013. Following Hurricane Katrina, Stevenson worked closely with local, regional, national and international leaders and groups to put into place the processes for effective relief and other ministries. He was the rector in two parishes: the Church of the Annunciation in New Orleans and the Church of the Good Shepherd in Maitland, Florida. His time at both churches focused on developing ministries with youth and revitalizing ministries of stewardship, Christian education and community outreach.

Stevenson and his wife of 27 years, Joy, live in Louisville, Kentucky, with their border collie, Franklin.

According to the canons of The Episcopal Church, the majority of bishops and standing committees of the 109 Episcopal dioceses must consent to this election. Pending the consent of the bishops and dioceses, Stevenson will be ordained and consecrated a bishop in The Episcopal Church on Dec. 3 at 11 a.m. at The Saint Paul’s Baptist Church, 4247 Creighton Road, Henrico, Virginia.

Stevenson will succeed the Rt. Rev. Shannon S. Johnston, who retired in 2018. The Rt. Rev. Susan E. Goff, bishop suffragan, has served as the ecclesiastical authority since Johnston’s retirement. Goff will retire at the end of this year.