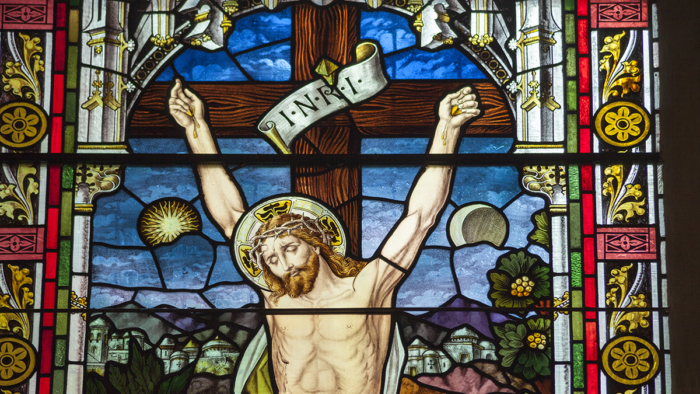 The Episcopal Church and other mainline Protestant denominations follow the schedule of readings known as the Revised Common Lectionary, which anchors John 18-19 on Good Friday. The Bible most familiar to Episcopalians, the New Revised Standard Version, names “the Jews” as Jesus’ antagonists in John’s narrative. Photo: Associated Press

[Episcopal News Service] Bishops and deputies are grappling anew with longstanding concerns that the Good Friday lectionary risks fueling anti-Jewish sentiment. Despite the renewed attention – as well as the development of new liturgies and a new Bible translation – scholars and church leaders suggest a durable solution to John 18-19 could remain elusive.

The dilemma before the 80th General Convention is one that vexes Good Friday preachers every year. The terms “Ioudaios” and “Ioudaioi,” often translated into English as “the Jews,” appear 71 times in the Gospel of John – nowhere more problematically than in the Passion narrative. Those chapters are read in Protestant churches everywhere on Good Friday, which falls on April 15 this year.

The context for John’s use of “the Jews” is undeniably confrontational, in verses that depict the religious leaders and crowds in Jerusalem condemning Jesus to death.

“This issue of how to translate this term is one of the most contentious issues in Biblical studies,” John Kutsko, executive director of the Society of Biblical Literature, told Episcopal News Service. The use of “hoi Ioudaioi” in John 18-19 “really does stand out for its apparent hostility.”

Resolution C014 proposed by the Diocese of Washington asks the 80th General Convention to “recommend revisions to the Church’s appointed Lectionary readings for Holy Week to remedy passages that use language that has been interpreted as anti-Semitic.” The bishops’ and deputies’ committees on Prayer Book Liturgy & Music held a hearing on the resolution in February and will consider the measure when General Convention meets July 7-14 in Baltimore, Maryland.

The Episcopal Church offers some flexibility in avoiding the problematic language through Scripture translations. The commonly used New Revised Standard Version, or NRSV, is just one of 16 Bible translations that are canonically approved for use in Episcopal services. When Pilate argues with “hoi Ioudaioi” over Jesus’ fate, many of those versions follow the NRSV in referring to “the Jews,” but the Common English Bible specifies “Jewish leaders.” The Contemporary English Version and Good News Bible use “the crowd” or “the people.”

Kutsko led a team of biblical scholars who recently completed an updated translation of the NRSV Bible that was released this year. In an interview with ENS, he acknowledged arguments in favor of translating “hoi Ioudaioi” as “the Judeans,” which would reflect their geography rather than their faith or ethnicity.

However, Kutsko cautioned, “it’s more complicated than that.” Though well-meaning, a decision to eliminate “the Jews” from the Gospel verses could have the effect of inaccurately hiding Jesus’ Jewishness, the Jewish context for his ministry and the evangelism of the early Christians to other Jews. It also could unintentionally echo antisemitic threads of Christianity that have sought to portray Jesus as more white, less Jewish, he said.

After consulting with Jewish New Testament scholars, Kutsko’s team of translators settled on keeping “the Jews” when the term had a primarily religious connotation, as arguably is the case in John 18-19. Footnotes are used to make clear that “the Judeans” is sometimes used as an alternate translation.

Christian denominations, including The Episcopal Church, have long faced scrutiny over liturgies, doctrine and Scripture that have at times fueled hatred against Jews, most consequentially during the Holocaust. The Episcopal Church’s Standing Commission on Liturgy and Music first began developing its guidance for preachers in response to a 2006 General Convention resolution that sought to address Christian anti-Jewish prejudice.

General Convention passed similar resolutions at four straight triennial meetings, most recently in 2015. It asked the Standing Commission on Liturgy and Music “to collect, review, and disseminate materials to address Christian anti-Judaism expressed in and stirred by portions of Christian scriptures and liturgical texts.” 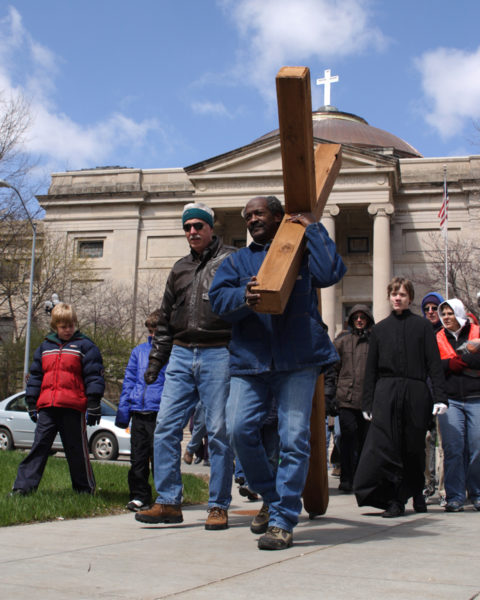 That guidance has not alleviated what some see as the central difficulty with the lectionary and Bible translations. The Episcopal Church and other mainline Protestant denominations follow the schedule of readings known as the Revised Common Lectionary, which anchors John 18-19 on Good Friday. The Bible most familiar to Episcopalians, the New Revised Standard Version, names “the Jews” as Jesus’ antagonists in John’s narrative.

“Your good faith attempts to provide clergy guidelines on how to address the anti-Jewish verses have not worked; the guidelines are not helpful; the clergy aren’t all paying attention,” Amy-Jill Levine, a Vanderbilt University Divinity School professor of New Testament and Jewish studies, testified during the Feb. 22 committee hearing on Resolution C014. “Since you keep repeating the guidelines, and the guidelines don’t work, then the problem is not with the guidelines, it’s with the readings. Change the lectionary.”

The resolution proposed by the Diocese of Washington doesn’t specify a remedy but references a 20-year-old scholarly article that lays out five scenarios for Good Friday:

General Convention also is considering Resolution C030, proposed by the Diocese of New York, which seeks to scrutinize all “lectionaries authorized for use in The Episcopal Church that contain language that has been interpreted as antisemitic, anti-Jewish, or supersessionist.” It suggests the Standing Committee on Liturgy and Music provide alternate lectionary readings or translations to avoid such language in worship services.

The Rev. Daniel Joslyn-Siemiatkoski, a church history professor at Seminary of the Southwest in Austin, Texas, helped developed an alternate Good Friday liturgy last year that acknowledges and celebrates God’s ongoing covenant with the Jewish people. It also changes “the Jews” to “the Judeans” in the Gospel reading. Joslyn-Siemiatkoski told ENS that the liturgy was well-received at the seminary, and he received positive feedback from Episcopal congregations that chose to use the liturgy in their Good Friday services last year.

He said he was disappointed but not surprised that the update to the NRSV translation chose to continue referring to “the Jews” in John 18-19, though he respects Levine and other Jewish New Testament scholars who have argued against changing “the Jews” partly because it foregrounds historic and ongoing tensions in Jewish-Christian relations. “You don’t want to eliminate a Jewish presence from the New Testament,” he added.

Even so, he worries the narrator’s antagonism toward “the Jews” in the Gospel of John cannot be separated from the modern reception of the words as they are read in churches every Good Friday, which risks normalizing anti-Jewish sentiment in some contemporary listeners.

A lot of the pressure, in that case, turns back to preacher to put the biblical words into proper context, he said, a task that should be taken up more than once a year on Good Friday. “It’s better to have developed a pattern of teaching and preaching throughout the course of one’s time in leadership in a congregation,” Joslyn-Siemiatkoski said, “to educate the congregation about the deeper issues of Jesus and his Jewish context and Jewish-Christian relations.”