[Episcopal News Service] David Beers, who served as chancellor to the presiding bishop from 1991 through 2018, died on April 3 at the age of 86 after a short illness. As a senior legal adviser in The Episcopal Church, Beers implemented a churchwide legal strategy to protect church assets during the period after the Rt. Rev. Gene Robinson’s consecration, when some congregations and dioceses sought to leave the church and take property with them. 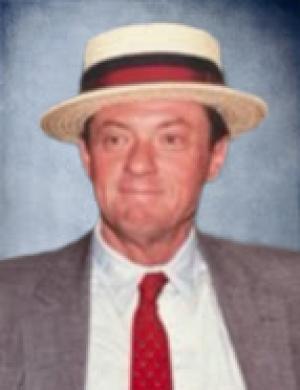 Beers, a lifelong Episcopalian, was raised in Connecticut and educated at Trinity College and the University of California, Berkeley, before entering private law practice in Washington, D.C., in 1961. After serving as chancellor of the Diocese of Washington from 1977 until 1991, he was appointed chancellor to the presiding bishop by then Presiding Bishop Edmond L. Browning, serving four presiding bishops.

“Over his many years of service, David’s knowledge of civil and church law made his advice and counsel invaluable,” said the Rt. Rev. Frank T. Griswold, 25th presiding bishop, in an obituary.  “Given his reputation for evenness in handling difficult and sometimes emotionally fraught situations, bishops and other members of the clergy turned to him frequently and were never turned away. At the same time, chancellors serving other bishops sought his counsel, and with his encouragement, established a network of their own. The health of the church as a whole, in its fidelity to the Gospel, lay at the heart of what can only be called David’s ministry.”

Before that appointment, Beers was a five-time deputy to General Convention and served one term on Executive Council. He was also a trustee of Virginia Theological Seminary, which honored him with the Dean’s Cross for Servant Leadership. In addition to practicing law, Beers was a part-time professor of classics at George Washington University for 30 years, teaching Latin and Greek.

Beers is survived by his wife, five children, nine grandchildren and one great-grandson. A funeral service will be held at 3 p.m. on April 9 at St. Patrick’s Episcopal Church (4700 Whitehaven Parkway, Washington, D.C.), where he was a parishioner for over 50 years.