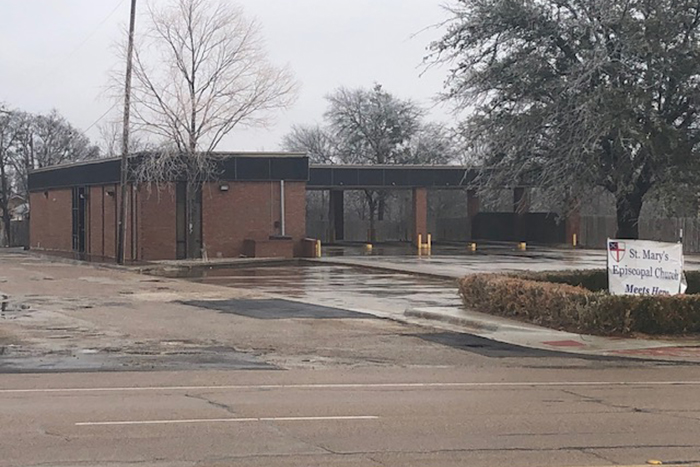 [Episcopal News Service] A county court has affirmed that a North Texas Episcopal congregation is entitled to a large bequest from a former parishioner, rejecting the claim to the money made by a breakaway congregation that is aligned with the Anglican Church in North America, or ACNA.

St. Mary’s Episcopal Church in Hillsboro received more than $1.3 million from the estate of Hendley McDonald after he died in 2017. ACNA officials laid claim to the bequest, arguing the money rightfully belonged to the breakaway Anglican congregation, which still calls itself St. Mary’s. Until that dispute could be resolved, the two sides agreed to keep the money in a joint bank account, where its value has grown to about $2 million, according to David Skelton, senior warden of the Episcopal congregation.

McDonald filed his will in Waco, where he had been a longtime resident, mandating the dispute over the bequest be referred to Waco’s probate court. On Feb. 16, a McLennan County judge signed an order saying the terms of the will “are unambiguous with regard to the identity of the beneficiary,” which the judge ruled was the Episcopal congregation. That congregation should be “the only owner and signatory on the investment count,” the court said.

The congregation’s victory comes a year after the Fort Worth-based Episcopal diocese lost its 12-year legal battle to wrest property back from the group that left The Episcopal Church in 2008 to align with ACNA. In February 2021, the U.S. Supreme Court said it would not hear a final Episcopal appeal, letting stand a Texas Supreme Court ruling that endorsed ACNA’s claim to diocesan property worth more than $100 million.

ACNA also retained the Diocese of Fort Worth name. The Episcopal diocese has since renamed itself The Episcopal Church in North Texas.

The Hillsboro congregations’ litigation over the McDonald bequest is separate from the broader property case that the Episcopal diocese lost last year, though ACNA argues that similar legal principles should apply. “We are quite naturally disappointed with the ruling by the McLennan County Court,” David Weaver, an attorney representing ACNA, told Episcopal News Service by email. “We believe the court’s ruling is contrary to the previous rulings” in the diocesan case.

St. Mary’s Episcopal Church, though confident it will prevail, is avoiding any premature celebrations, Skelton, the senior warden, told ENS by phone. “Having won one battle doesn’t necessarily mean that we’re through with this,” he said. “Our excitement, our delight, our optimism is muted by past experience.”

His congregation will leave the bequest untouched while ACNA appeals the probate court ruling.

The St. Mary’s congregation had split nearly in half in the 2008 diocesan schism. The dozen or so members who remained Episcopalians were allowed to continue worshipping in the church under an agreement with ACNA leaders. After the Supreme Court declined to intervene last year, the Episcopalians decided to look for a new place and have been worshipping in a former bank drive-thru building since June 2021.

Skelton spent $100,000 of his own money to purchase a vacant 2-acre plot where his congregation would like to build a new church, with the assumption that St. Mary’s will reimburse him if and when the money from the bequest is released. In the meantime, services in the former bank building have been drawing about 20 worshippers each Sunday.