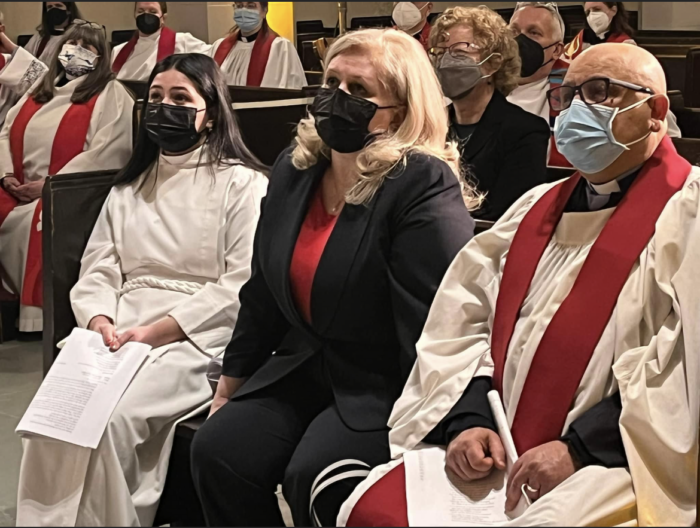 The Rev. Melina Dezhbod (left) with her parents at her ordination to the priesthood on Feb. 1, 2022. Courtesy photo

[Episcopal News Service] When Melina Dezhbod was 3 years old, her family fled Iran, where her father, then an Anglican deacon, had faced persecution for being a Christian. Episcopalians helped bring them to the United States and welcomed them into their parish in Connecticut. Now, at 26, she is a newly ordained priest serving alongside her father in the same diocese that offered them a new life in America.

The Rev. Melina Dezhbod, ordained a priest on Feb. 1, told Episcopal News Service that although she doesn’t remember many details from her early childhood, she does remember strong emotions like fear and uncertainty. But she remembers experiencing another emotion when the American Episcopalians came to visit her exiled family in Turkey and offered to help bring them to the United States – an emotion she has come to identify as love.

“These strangers were coming from this foreign place …. Yet they welcomed us with open arms and did everything they could to support us,” she said. “That stayed with me. … I feel that I’m being called to represent that same love as I continue in ministry.”

Melina Dezhbod is now serving Church of the Holy Spirit in West Haven, Connecticut, part time as missional curate – a program of the Episcopal Church in Connecticut in which newly ordained priests are paired with a mentor priest-in-charge for a year, after which they decide whether to stay with the parish. The youngest priest in the diocese, she is also a resident chaplain at Danbury Hospital. 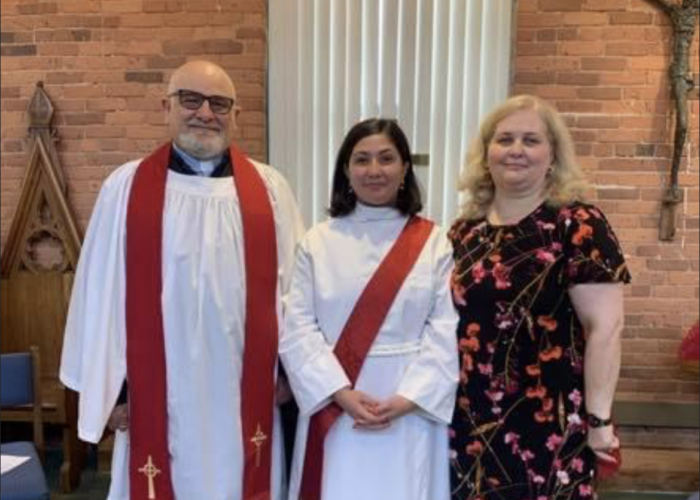 The Rev. Melina Dezhbod with her parents at her ordination to the diaconate on July 10, 2021. Courtesy photo

Her ministry mirrors that of her father, the Rev. Esmail Dezhbod, who previously served parishes in Connecticut and is now a hospice chaplain. But although she was a priest by age 26, his journey to the priesthood took 32 years, interrupted by religious persecution and forced migration. Esmail Dezhbod was raised in the Episcopal Church in Jerusalem and the Middle East’s Diocese of Iran. His discernment process began when he was 18, two years before the 1979 Iranian Revolution that transformed the country into an Islamist theocracy.

He was ordained a transitional deacon, but the revolutionary regime’s persecution of Christians drastically limited church activities. Authorities seized some of the diocese’s churches and Bishop Hassan Dehqani-Tafti – whose son was murdered – fled to England after an assassination attempt.

“They killed some of the priests and they told me that it’s my turn,” Esmail Dezhbod told ENS. “They controlled everything – [they tapped] the phone, they followed you.”

Esmail Dezhbod went on serving a church in Tehran, “handling it day by day,” but attacks on Episcopal clergy continued. A priest would be killed “not every day, but every two or three years,” he said. “Every time they tried to ordain me as a priest, something happened – they killed someone.”

Killings of Protestant pastors in Iran ramped up in the 1990s, and Esmail Dezhbod fled in 1999 with his wife, Melina and two other children to Turkey, where they applied for refugee status with the United Nations. Esmail Dezhbod served at Christ Church in Istanbul (part of the Church of England’s Diocese in Europe) and connected with other Iranian Christians there. Through an acquaintance, he heard that a church in Connecticut – St. Paul’s Episcopal Church in Woodbury – wanted to sponsor Iranian refugees. Two members from the parish who happened to visit Istanbul on a choir tour met the Dezhbods and began the 6-month process of bringing them to Connecticut, where they arrived in 2000. 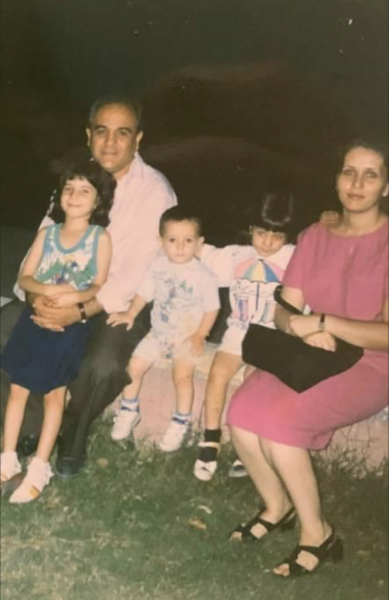 The parish supported the Dezhbods by arranging housing for about a year, Esmail Dezhbod said, helping them buy clothes and supplies and helping him and his wife find jobs.

“We worked our way to being able to do things, but they provided a lot of support in that beginning process,” Melina Dezhbod recalled. “And because we were Christian, that became our home parish where we would go on a Sunday, and my dad would help serve as a deacon.”

Once they were settled in Connecticut, Esmail Dezhbod not only learned English, attended college and became one of the founding members of Refugee Congress (an organization of former refugees working on behalf of other refugees), but also restarted the ordination process. Meanwhile, his daughter was slowly developing a sense of her own vocation. When she was in high school, “this thought came up for me: What would happen if I got a religious degree and became a priest?”

She talked to her rector about it, as well as several other priests from the diocese “who spoke about their process and how they got a call and they ignored it,” she said, “and it came back in their 30s or 40s and that’s when they answered it.”

“So I just put it to rest, like, ‘OK, if this is really supposed to happen, it’ll come back.’”

After she started college at the University of St. Joseph in West Hartford, it did come back – during the service of her father’s long-awaited ordination to the priesthood in 2013 at age 54.

“I could just picture myself there,” she recalled. “From there, as I was praying, it just got stronger and stronger.” After completing a master’s degree in social work, she enrolled in Virginia Theological Seminary, graduating in 2021. Esmail Dezhbod said he admires his daughter’s hard work and dedication.

“She went through a really hard journey to be ordained,” he said. “It’s very special.” 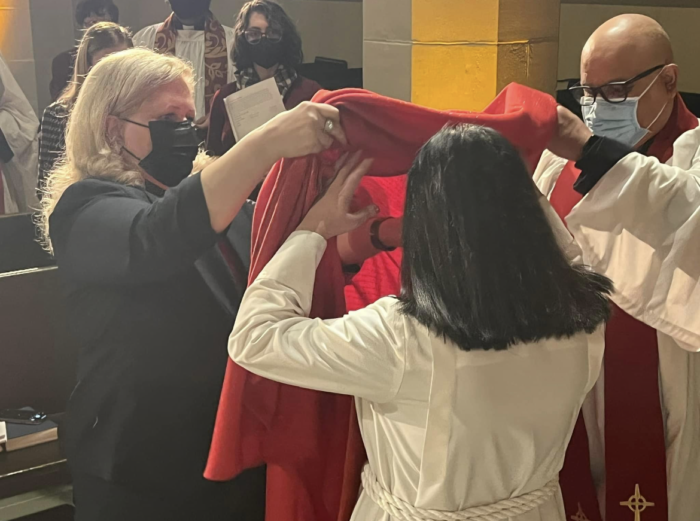 The Rev. Melina Dezhbod’s parents dress her in vestments at her ordination to the priesthood on Feb. 1, 2022. Courtesy photo

Parishioners from St. Paul’s in Woodbury who had known Melina Dezhbod since she was little “were so excited to watch my ordination [online],” she said, adding that the love they showed her family was part of what led her to the priesthood.

“How do I manifest that love? … There’s many different ways to do that, but that has core influences in my ministry and vocation,” she said.

Her ministry is also informed by her experience of being a refugee, giving her insight into the circumstances that force people to leave their homes.

“When doing this work of supporting refugees, it’s important to remember that we don’t come from bad countries, we just come from bad situations, which in their own ways most countries have,” she told ENS. “We come from beautiful cultures and traditions, and that is a beautiful gift we bring with us.”