[Episcopal News Service] After the Athens, Tennessee-based McMinn County Board of Education removed “Maus,” the Pulitzer Prize-winning graphic novel about the Holocaust, from its middle-school curriculum—an act that drew international media attention—some local Episcopalians decided to host an online talk about the book. 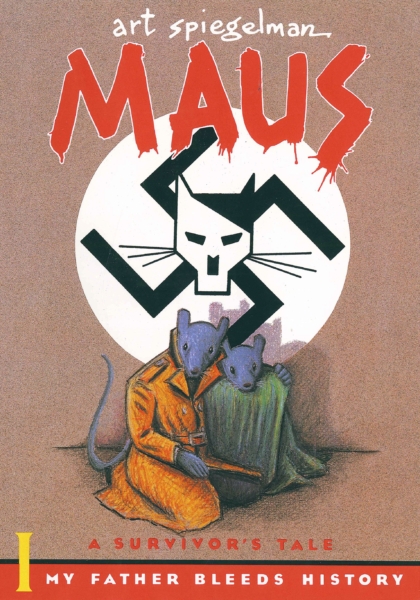 The Tennessee school board’s action is part of a recent rise in attempts to censor what is taught in public schools across the United States. Such book bans extend well beyond “Maus.” For instance, Harper Lee’s “To Kill a Mockingbird” is a frequent target, according to American Library Association.

St. Paul’s Episcopal Church in Athens, a small community southwest of Knoxville, decided to offer the community a chance to discuss the book’s narrative. Ninety-five people joined the conversation that the Rev. Claire Brown, St. Paul’s rector, described as “warm and curious and generous.” That feeling was exactly what the parish hoped for, she added.

Two days before the Feb. 3 discussion, after getting inquiries from all over the country, she and others decided to limit participation. “We really wanted to protect the space to be focused in on our local county” to assure participants “that they had a safe space to share and learn together,” Brown told Episcopal News Service on Feb. 4.

That space was needed because of the heated attention that followed the school board’s unanimous decision on Jan. 10 to remove the book from the district’s eighth-grade English language arts curriculum. The board issued a statement on Jan. 27 saying that the members removed the book “because of its unnecessary use of profanity and nudity and its depiction of violence and suicide” The board said “Maus” was “simply too adult-oriented for use in our schools.”

Speaking to the perceived implications of its decision, the board acknowledged “the importance of teaching our children the historical and moral lessons and realities of the Holocaust . . . The atrocities of the Holocaust were shameful beyond description, and we all have an obligation to ensure that younger generations learn of its horrors to ensure that such an event is never repeated.”

In his two-volume series, Art Spiegelman presents two narratives. One recounts the stories his father, Vladek, told him about the years leading up to World War II and his and his wife’s liberation from Nazi concentration camps. The other depicts Spiegelman’s troubled relationship with his father and the absence of his mother, Anja, who died by suicide when he was 20.

Spiegelman said in a PBS interview the same day of St. Paul’s discussion that the school board apparently wants “a kinder, gentler Holocaust.” The removal of his book is being cast as part of the parents’ rights movement “rather than about education and making sure that children are prepared for the world that is barreling at them,” he said.

Sales of “Maus” skyrocketed after the ban. Some bookstores gave away copies of the book to students, especially those in McMinn County. At least one person during St. Paul’s online discussion recalled reading “Maus” years earlier when she was a McMinn County High School student.

St. Paul’s called on Jack Seitz, who teaches about the Holocaust at Tennessee Wesleyan University; graphic novelist Nate Powell; and the Rev. Lauren Winner, an Episcopal priest and associate professor of Christian spirituality at Duke Divinity School, to facilitate the discussion.

Books such as “Maus” can aid students’ moral education, Seitz said, because it helps to show the Holocaust is both a simple story about good and evil, and a complex story of how to be good in a world in which something like the Holocaust can happen. Students can consider, for example, how they would react to being required by the state to turn in a neighbor harboring a Jew or having to choose whose life to save, he said.

Powell, who lives in Bloomington, Indiana, and is the first cartoonist ever to win the National Book Award, produces both fiction and nonfiction. He co-wrote the “March” trilogy with the late Georgia Congressman John Lewis. He told the group that comics’ “magical combination of words and images” have a unique ability to objectively move readers through a story and to also give them the subjective experience of inhabiting the space of the story.

Winner offered the participants ways to “think about this faithfully.” She suggested that they consider what Christianity has to say about human beings’ capacity for domination and mass murder. She challenged them to remember that “most of the non-Jewish characters in the book are baptized Christians” and that the history of the Christian church in Europe is filled with examples of antisemitism, including directly from Martin Luther.

Winner also suggested that participants look at the role of Scripture in the church’s history of anti-Judaism, defined as the Christian aversion toward the Jewish religion. She noted General Convention’s Prayer Book, Liturgy and Music legislative committee will hear testimony on potential revisions to the Holy Week lectionary readings, including selections from the Gospel of John that some have been interpreted as antisemitic during a Zoom hearing on Feb. 19. The resolution is due to be considered at the 80th General Convention in July.

The Episcopal Church has struggled for at least eight years with how to address John’s Gospel and its historical connection to anti-Jewish sentiment in the Christian church.

“The church should be a place where we can accompany each other into hard conversations in order that we might grow in love and understanding,” Brown told ENS the day after the discussion.