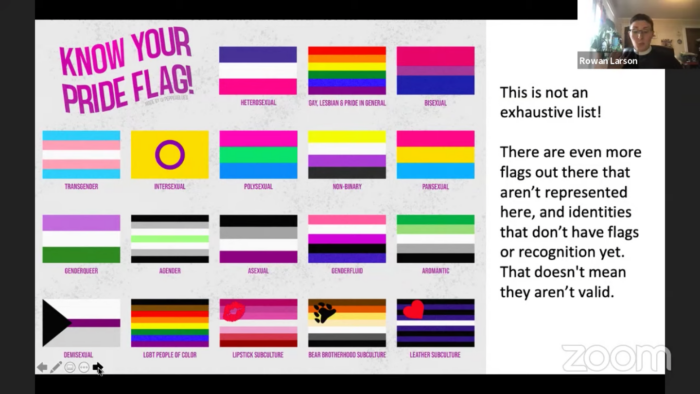 The Rev. Rowan Larson gives a presentation on LGBTQ+ identities at a virtual meeting of Executive Council on Jan. 25, 2022.

[Episcopal News Service] In an afternoon plenary session during Executive Council’s virtual meeting on Jan. 25, transgender and nonbinary Episcopal priests shared stories of the difficulties they face in a church where they are accepted on paper but often not in practice, telling council that the church’s work toward LGBTQ+ inclusion is not finished.

While much of The Episcopal Church feels comfortable with the “LGB” part of the LGBTQ+ community, the speakers said the situation is very different for the “TQ+” – people who are transgender, queer or otherwise outside the traditional gender binary.

“We’ve done an amazing job of beginning the process of inclusion at the churchwide level but it just isn’t translating to the diocesan and parish levels,” said the Rev. Gwen Fry, a former president of the Episcopal LGBTQ+ group Integrity and one of six speakers, five of whom were transgender clergy. 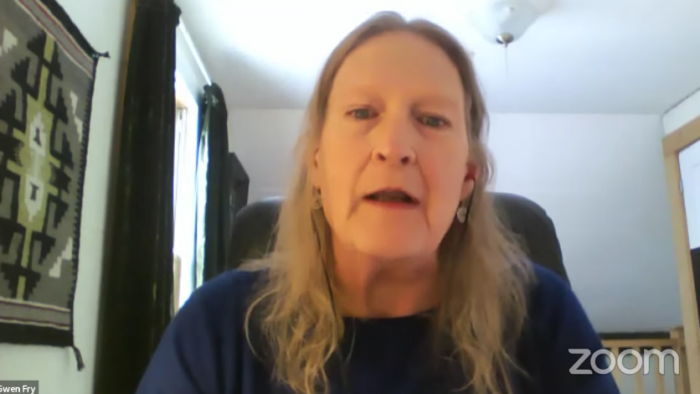 The plenary, or listening session, organized by council members the Rev. Charles Graves IV and Julia Ayala Harris and the Rev. Cameron Partridge, was intended to give transgender and nonbinary clergy a platform to share their personal experiences and also to educate council members on the nuances of gender and sexuality in today’s culture, Ayala Harris and Graves said in their introductions.

The Rev. Rowan Larson, a priest in Newton, Massachusetts, gave a presentation on queer identities and terminology. Larson, who uses they/them pronouns, falls under the categories of transgender (having a gender expression different from the one they were assigned at birth), nonbinary (being outside the male/female binary) and queer. Queer, Larson explained, is a catch-all term for people who are not straight and/or cisgender (the opposite of transgender – someone living with the gender they were assigned at birth).

Larson said that while such terms may be new to council members, the people they describe have long been a part of The Episcopal Church, and the idea of breaking out of the gender binary goes all the way back to Paul’s letter to the Galatians.

“Jesus, into whom we are all baptized, is the original breaker of binaries,” Larson told council. “Over and over again, Paul emphasizes that Jesus breaks down differences. ‘No longer are there Jews or Greeks, slaves or free, male or female.’ We are all one. We are something beyond those binaries.”

Larson offered guidelines on language – encouraging council members to Google terms they aren’t sure about before asking a queer person what may be an invasive question – and presented statistics that put the presentation into context.

“About one in every 250 adults, or about a million Americans, as of 2017, are transgender,” Larson said. “That means that in a large parish with an average Sunday attendance of 250 people or more, there’s probably at least one transgender person, whether you know it or not.”

Other speakers described the difficult choices they faced in coming out as transgender. Fry said that the institutional acceptance that helped her come out did not trickle down to the parish level. When General Convention passed a resolution affirming that transgender people can be ordained, Fry “saw this as the cover and protection that I needed to finally come out and socially transition” from living as a man to living as a woman.

Though Fry’s bishop was supportive of her transition, her congregation was not, she said.

“There were many who were very supportive, but there were those who didn’t have a clue as to what I was talking about,” Fry said. “I fielded numerous questions from parents concerned about the safety of their children around me. An employee of the parish tendered their resignation immediately. … They were a small business owner in town [who said] they could not be associated with something like this.”

When the bishop dissolved the pastoral relationship between Fry and her congregation, “that pretty much ended my formal career as a parish priest,” she said. “Since that time all I’ve been able to pick up are supply clergy gigs. I have applied for parish [work] since then, and I have not received a call. This is the antithesis of my experience before I socially transitioned.

“Employability and deployment is an enormous issue for all transgender and nonbinary clergy,” Fry concluded, a point echoed by others including the Rev. Lauren Kay, a nonbinary rector in Sanford, Maine. Kay described having to endure “the gender interview” during hiring processes: “the part of the interview where our gender or sexuality comes under the microscope and we’re asked questions related to that that might not be asked of other people.” 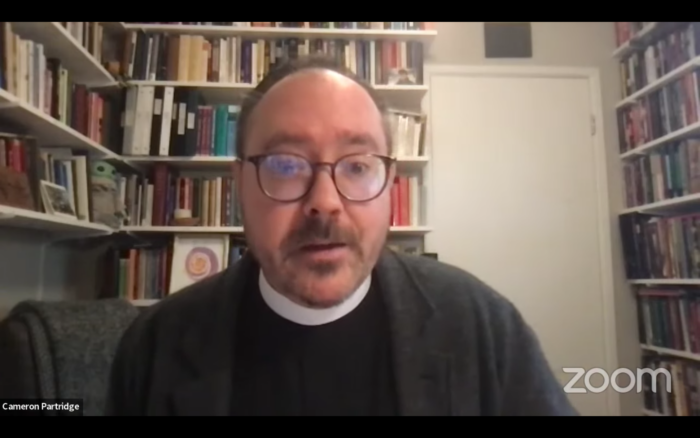 In addition to sharing their struggles, the speakers also recounted how the church has been a source of support.

“I have had some searingly difficult experiences along the way in my ministry, as well as inspiring experiences of being met where I am, uplifted and given opportunities to grow, for which I am profoundly grateful,” said Partridge, a rector in San Francisco, California.

Sarah Lawton, a cisgender woman also from San Francisco, recalled how her parish supported her and her sister Rachel after Rachel came out as a transgender woman.

“These folks took me and my family into their arms in the midst of this story,” said Lawton, also a lay member representing the Diocese of California in the House of Deputies. “They cherished Rachel. The trans folks there took Rachel under their wing. They helped me find books and theological and Scriptural reflections about trans issues and Christianity. They helped me integrate my family experience and my faith.”

Lawton, who is involved with the TransEpiscopal advocacy group, emphasized the importance of names to transgender people and suggested that more institutional guidance could help.

“In The Episcopal Church, we have passed resolutions and we’re working on rituals for naming for trans people who are transitioning,” she said. “We are also working on resolutions for changing names in our official archives and records. We still have some work to do there.”

In the meantime, Partridge and other transgender speakers said, the church should work on translating the transgender-affirming resolutions it has passed into concrete actions on the ground.

“I invite my beloved Episcopal Church to live fully into the stances canonical changes and statements we have made over the years,” Partridge said. “These moves we have made at churchwide and diocesan levels and parish levels truly matter and I’m profoundly grateful for them. And I want to see them lived into consistently at all levels of our church’s life, especially the congregational level.”