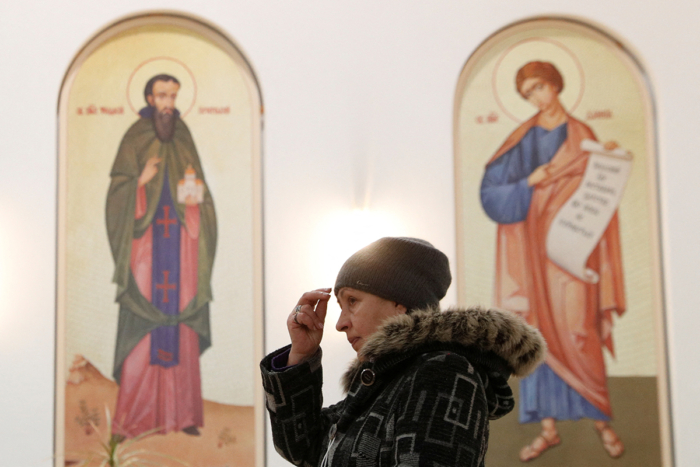 A worshipper attends a liturgy at the Cathedral of the Resurrection of Christ of the Greek Catholic Church in Kyiv, Ukraine, on Jan. 26 after Pope Francis called for an international day of “prayer for peace” to stop the Ukraine crisis. Photo: Reuters

[Episcopal News Service] Executive Council passed a resolution on Jan. 26 that “expresses grave concerns about the escalation of tensions and military buildup along the border of Russia and Ukraine” and calls on Episcopalians to join in a day of prayer for peace, following the lead of Pope Francis.

The resolution, which was proposed by the Joint Standing Committee on Ministry Beyond The Episcopal Church, “allows us to speak as a church on the brewing crisis and to elevate our voice with others,” said Southwest Florida Bishop Dabney Smith, the committee chair.

The resolution references a 2014 statement by then-Presiding Bishop Katharine Jefferts Schori condemning Russia’s annexation of Crimea, which Jefferts Schori said, “put the lives of many innocent people at risk, and threaten peace and security far beyond that region of the world.” 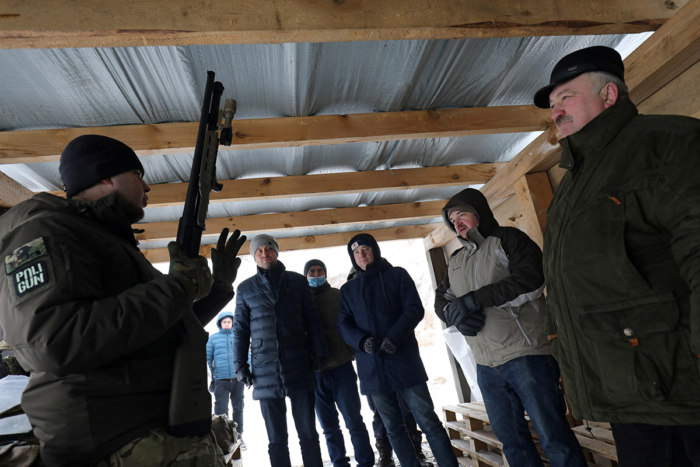 Late last year, Russian President Vladimir Putin began positioning troops near its border with Ukraine in what the United States and Western allies have warned is a build-up for a looming Russian invasion of the former Soviet republic. President Joe Biden said this week he was considering deploying thousands of U.S. troops to NATO allies in Eastern Europe after diplomatic talks with Russia faltered.

Pope Francis responded by calling for a world day of peace on Jan. 26, that “all people of good will … may raise prayers to God Almighty, that every political action and initiative may serve human brotherhood, rather than partisan interests.”

Executive Council, the governing body of The Episcopal Church between meetings of General Convention, joined the pope and the World Council of Churches in their prayers for peace, extending that call to Episcopalians in the resolution approved during its Jan. 25-27 online meeting. “The church urges the United States to respond wisely, condemning any violation of territorial integrity while holding armed intervention to be a last resort,” the resolution says.