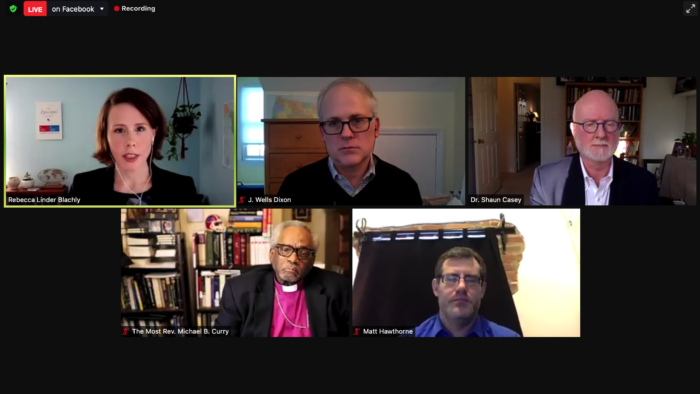 [Episcopal News Service] Twenty years ago this week, the first detainees arrived at the U.S. detention facility at Guantanamo Bay, Cuba, as part of the Bush administration’s war on terror, launched in 2001 in response to the Sept. 11 terrorist attacks. Since then, 780 people suspected of terrorist connections have been held at Guantanamo, but few were ever tried or even charged.

“They called them the ‘worst of the worst,’ but ultimately many of the people who were sent there were innocent, swept up in our war on terror,” Matt Hawthorne, of the National Religious Campaign Against Torture, said Jan. 11 in a webinar hosted by The Episcopal Church’s Office of Government Relations.

Today, 39 detainees remain at Guantanamo, and only nine have been charged or convicted of crimes. About 15 have been cleared for transfer, once the U.S. government can arrange for other countries to accept them. The Episcopal Church is among the faith organizations that continue to pressure the federal government to transfer the rest of the men and to close the detention facility. Even now, the webinar’s panelists argued, Guantanamo is associated globally with inhumane treatment of detainees, human rights violations and an indiscriminate anti-terrorism campaign that almost exclusively targeted Muslims.

“Guantanamo is fundamentally a prison for Muslim men, and that really, to me, underscores the importance of faith-based advocacy to force closure,” said J. Wells Dixon, an attorney with the Center for Constitutional Rights who has represented Guantanamo detainees in their uphill battles to win transfer or release from the facility.

Hawthorne and Dixon were joined in the church webinar by Shaun Casey, a Georgetown University professor who formerly served in the U.S. State Department as special representative for religion and global affairs. The hourlong panel discussion was moderated by Office of Government Relations Director Rebecca Blachly.

Guantanamo “is still the human rights and rule-of-law disaster that it’s always been,” Dixon said.

Casey concurred. “It continues to be a moral stain on our country,” he said. He described some of the challenges the Obama administration faced in its failed attempt to close the facility and noted that such efforts date back to the final years of George W. Bush’s presidency. Officials at the Pentagon, State Department, National Security Council and White House often clash on how and whether to close Guantanamo, Casey said, and political pressure from Democrats and Republicans in Congress can pull in both directions. 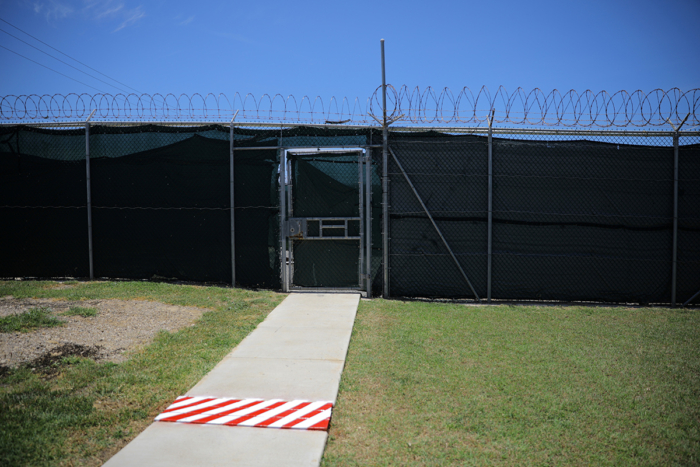 An exit door where released detainees are turned over to the countries that have agreed to accept them is seen at the Guantanamo Bay U.S. Naval Base, Cuba, in 2017. Photo: Reuters

Even so, by the time Bush left office in 2009, more than 500 detainees had been transferred out of Guantanamo. Hawthorne said Bush had concluded it was an inefficient prison and not worth the financial cost or the cost to the United States’ image abroad. During President Barack Obama’s presidency, nearly 200 more detainees were transferred out of the facility.

The Episcopal Church Executive Council called for Guantanamo’s closure in 2007, and that goal continues to be part of the church’s nonpartisan advocacy on Capitol Hill. The Episcopal Public Policy Network, overseen by the Washington, D.C.-based Office of Government Relations, issued an action alert on Jan. 11 encouraging Episcopalians to apply renewed pressure on Congress to remove existing legislative hurdles to closing Guantanamo.

“Many of the detainees were subjected to torture and harsh interrogation techniques, and few have been charged. The military commissions are ongoing, but they have not been able to secure justice for the detainees or for the families of the victims of terrorism,” the action alert says. “The detention facility at Guantanamo undermines the rule of law, disregards human rights and tarnishes the reputation of the U.S.”

Casey suggested that sending personalized letters to members of Congress can have a powerful impact on the public policy debate around Guantanamo. Elected officials on both sides of the aisle have questioned the prudence of keeping the facility open. One challenge is “the status quo has prevailed.”

“It’s just part of the facts of the world now. It’s not seen as active negotiable issue,” Casey said. “So what do we do to try and move that?” He said that in addition to lobbying members of Congress, people of faith can work through affiliated international bodies, such as the Anglican Communion, to apply leverage.

Presiding Bishop Michael Curry opened the webinar with a prayer and followed the discussion with brief final remarks.

“I would close with thanks to each of you and thanks to those who continue to lift the torch of human dignity, equality and liberty,” Curry said.