[Episcopal News Service] Reuben E. Brigety II, vice-chancellor and president of the University of the South in Sewanee, Tennessee, announced Dec. 1 that he will resign after 18 months on the job, as news reports indicate that President Joe Biden is considering him for ambassador to South Africa.

Brigety, who in June 2020 became the first Black vice-chancellor in Sewanee’s 163-year history, previously served as U.S. ambassador to the African Union from 2013 to 2015 under President Barack Obama. The South Africa-based broadcaster SABC News, citing unnamed sources, reported two weeks ago that Brigety was Biden’s pick for ambassador to South Africa. As of Dec. 1, the Biden administration had not announced a nomination to that position. 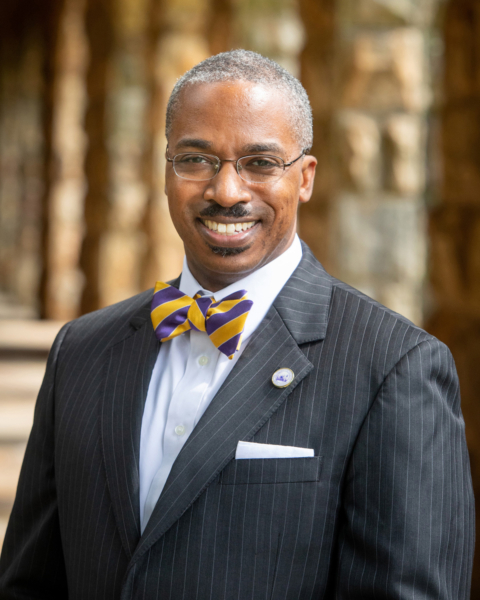 Brigety referenced the unconfirmed reports in explaining his departure from the Episcopal-governed university, effective Dec. 21.

“Having concluded that I would accept this nomination if it were offered and that it would be unfair to prolong any uncertainty at the university, I have informed the Board of Regents of this decision and tendered my resignation as vice-chancellor effective at the conclusion of this semester,” Brigety wrote in a letter addressed to the Sewanee community.

The University of the South, commonly known as Sewanee, is owned and governed by 28 Episcopal dioceses in the Southeast, and its School of Theology is one of 10 Episcopal seminaries in the United States. In recent years, Sewanee has grappled with its legacy as an institution founded in 1857 to serve a Southern white slaveholding class, and its long complicity in Jim Crow-era segregation.

Brigety, a native of Jacksonville, Florida, took over as vice-chancellor in the early months of the COVID-19 pandemic at a time when the nation also was gripped by widespread protests against racial injustice, particularly over violence against African Americans by police and white vigilantes. With that as a backdrop, Brigety encouraged Sewanee’s ongoing reexamination of its history while supporting university leaders in their rejection of the school’s past veneration of racist systems, which the Board of Regents outlined in a September 2020 statement.

Brigety, in a letter issued alongside the board’s statement, called it “a pivotal moment in the life of the University of the South,” and he amplified that point in a February 2021 interview with Episcopal News Service.

Brigety noted it wasn’t until 1970 that Sewanee first awarded a degree to an undergraduate Black student, and even today, Black students are only about 3% of its mostly white student body. “We have to do the work to figure out how we make Sewanee a place that is truly welcoming for everybody,” he told ENS.

At the same time, Brigety revealed during a February worship service on campus that vandals had repeatedly attacked the on-campus home where he and his wife and their two teenage sons live – from liquor bottles and other trash left on his lawn to threatening signs posted by his door.

Then in March, university officials launched an investigation into an incident in which some students shouted racist epithets at an opposing team during a lacrosse match hosted by the university, an outburst that Brigety called “inexcusable” in a March 14 letter to the campus community.

“Though this is a painful episode for our community, I am hopeful that the demonstration of our commitment to our values of dignity and decency will help us to heal,” Brigety said.

In the Dec. 1 announcement of his resignation, Brigety expressed pride in “the work we have done together during a consequential time at the university.” He said he had intended to “serve Sewanee for a long time to come” but also felt an “obligation to serve my country if asked by the president of the United States.”

If Brigety is Biden’s pick for ambassador, such a nomination “precludes the candidate’s speaking publicly on most related matters prior to the Senate’s rendering its advice and consent at the end of the confirmation process,” the vice-chancellor said. “Out of deference to the president’s decision-making process, I do not intend to speak further about these matters.”

East Carolina Bishop Robert Skirving, Sewanee’s chancellor, and Reid Thomas Funston Sr., chair of the Board of Regents, issued a response to Brigety’s announcement, praising him for his candor and his service to the university.

“He has established a bold vision for student success, diversity and economic development that charts an ambitious and sustainable path for Sewanee’s future,” Skirving and Funston said. “As regents, we have been proud to embrace and support his vision and initiatives, and we remain fully committed to a path forward that will best position the university to thrive in the future.”

After Brigety leaves on Dec. 21, Sewanee Provost Nancy Berner will take over vice-chancellor duties while the university prepares to search for Brigety’s permanent replacement.