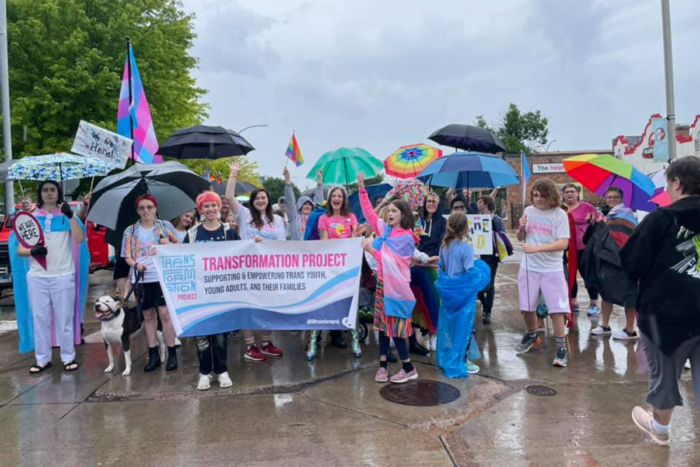 [Episcopal News Service] Episcopalians in South Dakota, after passing several transgender-affirming resolutions at their September diocesan convention, are bolstering support for transgender and nonbinary people in the state by hosting a memorial event for victims of hate crimes on Nov. 20.

Memorial observances are held around the United States each year to mark National Transgender Day of Remembrance, which began in 1999. The Human Rights Campaign, a national LGBTQ+ rights organization, estimates at least 46 transgender or gender-nonconforming individuals have died from violence in 2021.

The names of those victims will be read at the South Dakota observance, which will take place at Calvary Episcopal Cathedral in Sioux Falls for the first time, on Nov. 20 at 3 p.m. Central time, and livestreamed on the cathedral’s YouTube channel. Two transgender support and advocacy groups, the Transformation Project and TransAction South Dakota, are leading the event planning. The Rev. Shaneequa Brokenleg, The Episcopal Church’s staff officer for racial reconciliation and a South Dakota-based priest, will lead participants in prayer.

Brokenleg emphasized the importance of the church’s support for South Dakota’s transgender and nonbinary individuals, who are “discriminated against in similar ways.”

The term “transgender” refers to an individual whose gender identity, expression or behavior does not conform with the person’s assigned sex at birth, while nonbinary reflects a gender identity that is not strictly male or female. The terms often are associated with each other but are not interchangeable.

Brokenleg, who identifies as nonbinary and uses feminine pronouns, told Episcopal News Service that she wants to send a clear message of welcome to counter the rejection and discrimination LGBTQ+ people have faced historically from The Episcopal Church and other Christian denominations. “For so many people, the church has been a source of pain and harm for them,” she said. “We have to think about, as we’re doing this, how are we not only inviting and welcoming but how are we also reconciling?”

In Lakota, Brokenleg is known as “winkte,” or “two spirit.” Native American cultures generally have had a broader understanding of gender identity than European cultures. As an example, the Lakota language does not use gendered pronouns, Brokenleg said, and two-spirit people are seen as reconcilers and healers. (In English, Brokenleg uses feminine pronouns for herself, she said, as a way of balancing her masculine appearance and deep voice.)

Discrimination against transgender and nonbinary people still manifests itself in the church’s liturgical texts, she said, as in the liturgies’ masculine descriptions of God and the use of gendered terms like “brothers and sisters” rather than “siblings.” The church needs to consider more deeply “how are we including everybody in our prayers and our worship,” she said. “Our trans siblings need to know that there’s space for them in our church.”

The Episcopal cathedral will display signs at its doors affirming it is a safe place for all, and Brokenleg will incorporate into the service an acknowledgment of the pain churches have caused LGBTQ+ people in the past.

Susan Williams, executive director of The Transformation Project, said in an interview with ENS that the Episcopal cathedral has been a welcoming host for the memorial event. “We definitely wanted to find a place to hold our service that was affirming of transgender lives and had a statement on ways that they will affirm transgender individuals,” Williams said, adding that the service will be open to people of all faiths “and also people who have been hurt by the church.”

Williams said she founded the Transformation Project in 2019 to “provide resources to a state that just didn’t have much in terms of helping trans individuals.” Her son, Wyatt Williams, began identifying openly as transgender in 2016, and as she sought to educate herself, she struggled to find support in South Dakota for her son and family. Wyatt is now 14.

“Our mission is to support and empower trans individuals and their families while educating the state of South Dakota on gender identity and gender expression,” Williams said. “The Episcopal Church has been one of the leaders in being affirming to transgender individuals.” She was particularly encouraged, she said, by the four resolutions the Diocese of South Dakota approved at its convention held Sept. 24 and 25 in Pierre.

Brokenleg, acting as a priest in the diocese, submitted the resolutions to the convention with the Rev. Lauren Stanley, the diocese’s canon to the ordinary, and Warren Hawk, a member of the diocesan council. Two of the resolutions promote greater inclusion of nonbinary and transgender people in church life while protecting them from discrimination by the church, and the diocese pledged to “seek to end the pattern of violence against transgender and two-spirit people in general, and transgender women in particular.”

Another resolution calls on the Church Pension Group and Episcopal Church Medical Trust to update forms and other practices that require employees to identify themselves as either male or female.

The fourth resolution opposes anti-transgender legislation. Williams said the South Dakota Legislature’s 2016 passage of a bill to restrict school bathroom use to a person’s birth sex was one reason she started the Transformation Project. The bill later was vetoed by the governor.

“There is a general unwelcoming feeling toward transgender individuals in our state,” Williams said.

The Episcopal diocese’s resolution specifically opposes legislation that could harm nonbinary and transgender children, such as a bill debated in early 2020 that would have blocked children from receiving medical treatment to affirm their gender identities. That bill stalled in committee.

Another bill sought to force student athletes to compete on teams associated with their sex assigned at birth. That bill was narrowly defeated in 2019, but South Dakota lawmakers brought the proposal back this year amid a broad push by Republican leaders in numerous states to enact similar legislation despite indications from local authorities that it is a nonissue.

South Dakota Bishop Jonathan Folts and other diocesan leaders now will have greater authority to speak out against such measures because of the diocesan convention’s votes, Brokenleg said. She was pleasantly surprised that a diverse majority of convention delegates came together to approve the four resolutions. “We have people who have strong difference of opinion, but we’re relational, and that’s what comes first.”

The full text of the resolutions can be found toward the bottom of this overview of the diocesan convention. Brokenleg wrote the resolutions based on draft resolutions offered by the group TransEpiscopal and developed by the Rev. Rowan Larson, who identifies as nonbinary and transgender and serves as a transitional deacon in the Diocese of Massachusetts. Larson uses the pronouns they and them.

In an interview with ENS, they noted that the 79th General Convention passed two resolutions in 2018 that called on dioceses to remove barriers to full inclusion of nonbinary and transgender people in the church and to advocate for legislation that protects against discrimination. Larson tracked compliance and counted only five dioceses as of early this year that had taken such actions: California, Chicago, Connecticut, Newark and Washington.

“There’s still a lot of learning and growth that needs to happen to understand that trans and nonbinary Episcopalians are here, and are already in churches, and don’t feel particularly welcomed,” Larson said.

After Larson developed and shared their suggested resolutions through TransEpiscopal this year, four dioceses revised and adopted the measures: New York, Oregon, South Dakota and Vermont.

Larson, who is scheduled for ordination to the priesthood in December, also has participated in past observances of National Transgender Day of Remembrance. The day was first observed in 1999, in remembrance of Rita Hester, a Black transgender woman who was murdered in her Boston apartment in 1998. Most of the victims remembered each year on Nov. 20 are Black and Latina transgender women, according to the Human Rights Campaign.

“It’s a really powerful moment, for the LGBTQ community in general, but for trans folks in particular,” Larson said. “It says someone is listening, someone cares. We’re not just dying in anonymity.”

Please join us on Saturday. Nov. 20 at 3 PM CST as we pay tribute to trans Americans who've lost their lives due to violence and trans South Dakotans who've died by suicide in the past year.

Click here for details of our in-person and online service-https://t.co/TO7Hem0m5j pic.twitter.com/R3U7HLHMhI

The Nov. 20 service at Calvary Episcopal Cathedral will include a candlelight ceremony. Participating individuals will stand to read each name on the list of transgender and nonbinary victims of violence and then light a candle in their memory. The service also will memorialize three transgender South Dakotans who died from suicide this year.

It is the right time for the church to step into his necessary role, Brokenleg said. “When we have this opportunity to honor and remember all of the trans folks who have been killed or died from suicide, we need to remember that.”