[Episcopal News Service] Presiding Bishop Michael Curry officiated at the funeral of Colin Powell, former U.S. secretary of state and general, at Washington National Cathedral on Nov. 5, in a ceremony attended by three presidents and a host of dignitaries. Powell, a lifelong Episcopalian, died on Oct. 18 of complications from COVID-19 at age 84. 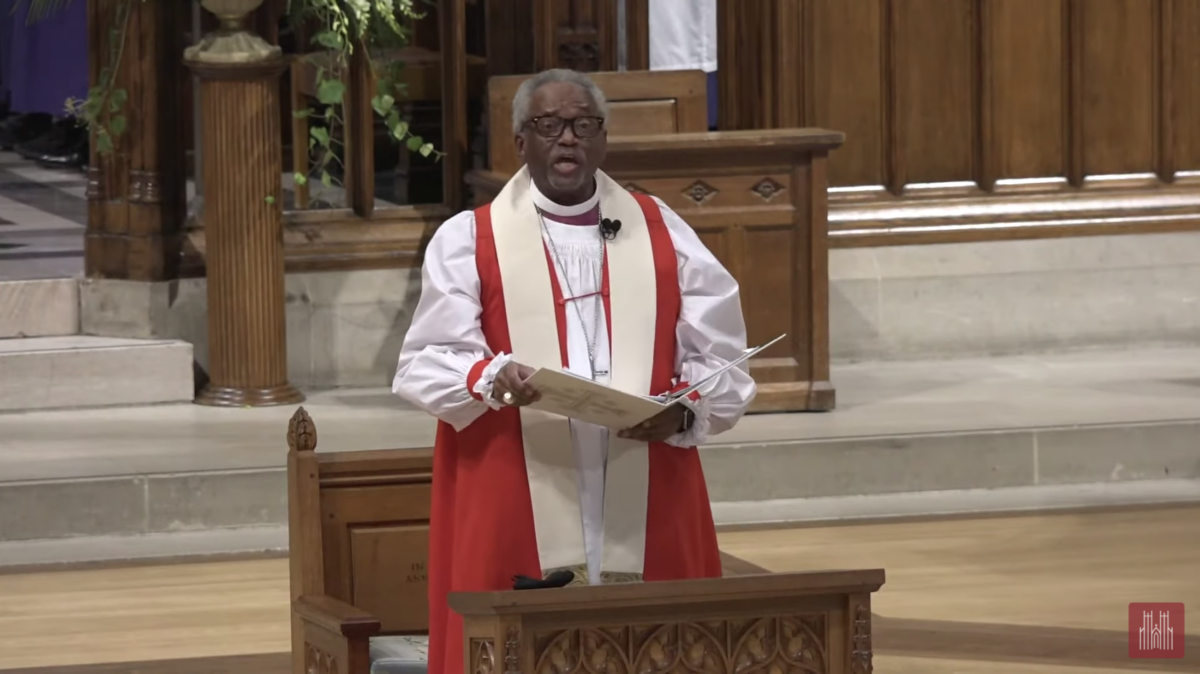 Presiding Bishop Michael officiates at the funeral of Colin Powell at Washington National Cathedral on Nov. 5, 2021.

Powell served in the administrations of several presidents, including President Ronald Reagan, who appointed him national security adviser in 1987. He was the first African American in that role, and in 1989, he became the first Black chairman of the Joint Chiefs of Staff under President George H.W. Bush. When Bush’s son George W. Bush became president in 2001, he picked Powell as his secretary of state, another first for an African American.

“As I grew to know him, I came to view Colin Powell as a figure who almost transcended time — for his virtues were Homeric honesty, dignity, loyalty and an unshakable commitment to his calling and word,” Albright said.

In a statement after Powell’s death, Curry recalled meeting with Powell over breakfast a few years ago. “I give thanks for his model of integrity, faithful service to our nation and his witness to the impact of a quiet, dignified faith in public life.”