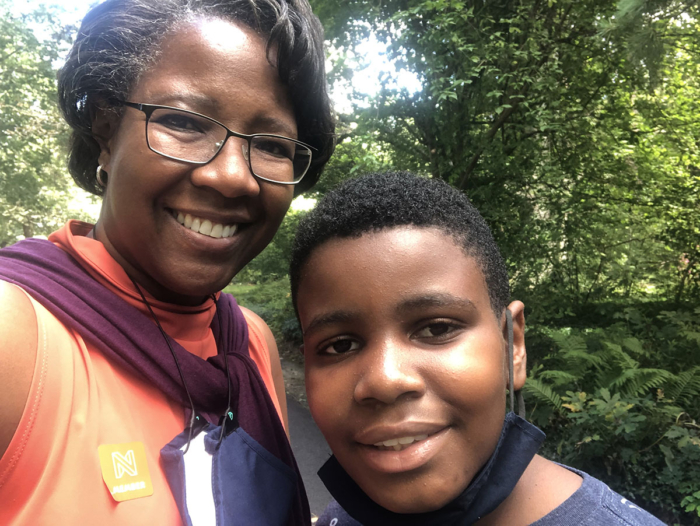 [Episcopal News Service] By now it is well-documented that the COVID-19 pandemic forced millions of American women to leave their jobs, primarily to care for and oversee the online education of their children — and the same holds true for lay and ordained women in dioceses, parishes and affiliate organizations across The Episcopal Church.

COVID-19’s impact on women — who, despite gender-equality gains, still earn less than men and remain the primary caregivers in most families — underscores the need for The Episcopal Church to have a churchwide paid family leave policy, Jennings said. The latest iteration of such a plan began pre-pandemic, at the 79th General Convention in 2018 in Austin, Texas, with the formation of the Task Force to Develop Churchwide Family Leave Policies.

In advance of its report for the 80th General Convention, “the task force has created a detailed, tiered design for family leave insurance products that employers could purchase and offer as a benefit, once family leave is required by law,” said task force chair the Rev. Devon Anderson, who also is rector of Trinity Episcopal Church in Excelsior, Minnesota, and a member of Executive Council. The Church Pension Group helped the task force hire a consultant to assist with its work, she said. 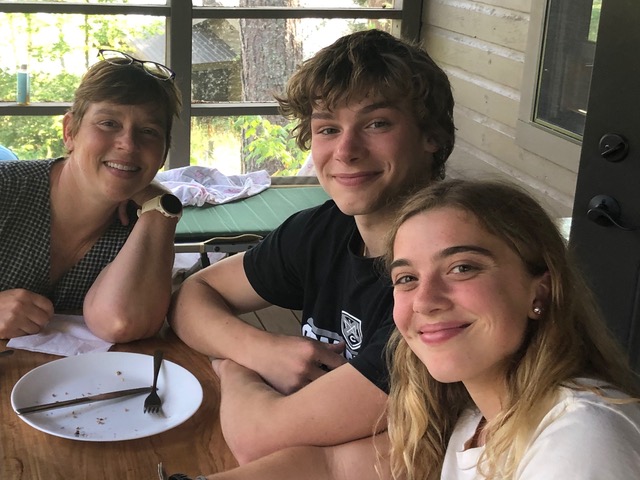 The task force that Anderson chairs is the fifth churchwide body charged with establishing a workable family leave policy. One of the main reasons the four previous attempts didn’t succeed, she said, is the lack of a federal mandate for paid family leave. Read the task force’s full report to the 80th General Convention here.

In February 2020, during its last in-person meeting before the shutdown, Executive Council adopted a resolution calling on the federal government to fund paid family leave for new parents. The resolution submitted by the task force also enabled the church’s Washington, D.C.-based Office of Government Relations to advocate in Congress for paid family leave, particularly for families who do not have access to employer-funded programs. Join the Episcopal Public Policy Network in calling on Congress to enact paid family leave.

In July alone, 4 million workers quit their jobs as part of what has been dubbed “The Great Resignation.” The economy has recovered two-thirds of the jobs lost during the COVID-19 recession, the worst in U.S. history, yet employers are still struggling to fill vacancies across sectors, especially in restaurants, hospitality and other service-industry jobs, including caregiving.

The need for paid family leave goes beyond just parents caring for newborns, Jennings said. “I know many people who had caregivers for their elderly parents, and then those people were gone.

“It will be fascinating to see how the pandemic will influence that conversation next summer at General Convention. It isn’t an esoteric question. Now a wider swath of people in the church have experienced these issues,” she said.

Effect on clergy job changes? Too early to tell

The Rev. Elizabeth Easton, canon to the ordinary and transition officer in the Diocese of Nebraska, said that while it is too soon to see evidence of pandemic-induced clergy changes, “it makes sense that priests asked big questions about their lives and ministries in the midst of the pandemic.” She thinks once clergy members feel their congregations are more secure, there will be more job changes.

Easton also said a report on 2019 clergy compensation showed that more women were working in under-resourced churches, for lower pay, in part-time positions and with added stress. “The pandemic dialed these experiences up,” she said.

Jennings routinely monitors social media for job changes among clergy and lay General Convention deputies and reported seeing 72 posts, a higher number than usual, even accounting for an extra year added to their three-year terms when the 2021 convention was postponed. “I think the pandemic accelerated a lot of life decisions,” she said.

Though unrelated to the pandemic, the Very Rev. Laurie Lewis, a deputy, left a job serving as rector of two small churches in south-central Kansas to become rector of St. Stephen’s in Wichita. Fortunately, members of her current and former parishes understood that clergy don’t work normal 9-to-5 hours, she said, and her schedule’s flexibility allowed her to structure her day to spend time with her two sons, which “was a big help” when schools moved online last year.

Her experience, however, doesn’t necessarily mirror that of her peers. Lately, she has heard from other women clergy whose parishioners were puzzled by their need for a vacation, assuming that since they were working from home they weren’t working as hard as before. “I haven’t heard people question my male colleagues, though,” Lewis said.

Still coping with the ‘hurricane of the pandemic’

Tamara Plummer is used to helping people deal with disasters through her work with the U.S. Disaster Program of Episcopal Relief & Development. But the pandemic has been very different. “The [COVID-19] disaster life cycle is so long and has affected so many people,” she said. “Everyone was going through the same trauma at the same time. We couldn’t help each other.”

Now, she said, “COVID feels like the new normal, the way people in Puerto Rico still have blue tarps on their houses four years after Hurricane Maria. People are still recovering from the hurricane of the pandemic.”

Natalee Hill recently became the director of communications at St. David’s Episcopal Church at Radnor in Wayne, Pennsylvania, a job change she says wasn’t pandemic-related but does shorten her daily commute by two hours. Early in the pandemic, her previous job in church communications moved online, as did her husband’s job and her two sons’ schooling — all in a 1,000-square-foot house. “In the early days, there was energy about doing new things,” she said, including spearheading the idea of a virtual choir that debuted during the online Washington National Cathedral Easter service. “Then, over time, it became exhausting.”

Continuing to navigate the pandemic as a parent, especially now with the introduction of the delta variant, has been an anxious challenge for her. “Last year, things were so strict, but suddenly things are less clear,” Hill said. “Adults are vaccinated, but not everyone, and a vaccine isn’t yet available for kids. Finding our way with this feels like a wilderness we didn’t have a choice to go into.”

For Anderson, when school districts initiated remote learning in March 2020, she had to help her son, a high school senior, and daughter, a college junior, manage the losses they were experiencing — sports seasons, graduation and study abroad. She also was leading her suburban white congregation through the pandemic while also responding pastorally to racial injustice and inequality, which were brought to the forefront of national consciousness following the police murder of George Floyd 25 miles away in Minneapolis.

Most parishioners handled the past 20 months with “spiritual depth and compassion,” but some struggled, directing extreme volatility at her and other female staff members, she said.

A year and a half into the pandemic, Indianapolis Bishop Jennifer Baskerville-Burrows still checks her diocese’s coronavirus case numbers every morning before she gets out of bed — something she said she needs to know to care for her diocese. A mother and a bishop, Baskerville-Burrows experienced the added pressures many women faced, as she oversaw a diocese that had shifted to online worship and her son’s remote learning.

“I was convening clergy, meeting with the bishops of the province, everything online. I was cooking and doing dishes. My son would be finished, but my day wasn’t,” she said. One benefit, to help her son meet his school’s physical education requirement, they spent an hour outdoors each day, a discipline she has continued, realizing anew the need to focus on her well-being.

And she has begun to set new boundaries, including not traveling to most meetings, something she said she wouldn’t have had the courage to do in the past. “What we were doing before wasn’t really working for us,” she said. “It was driving us crazy, in unhealthy ways of being. The system is trying to throw us right back into that frenzy. But the church can say, ‘We don’t have to do that.’ We can show up better for people.”

– Melodie Woerman is a freelance writer and recently retired as director of communications for the Diocese of Kansas.