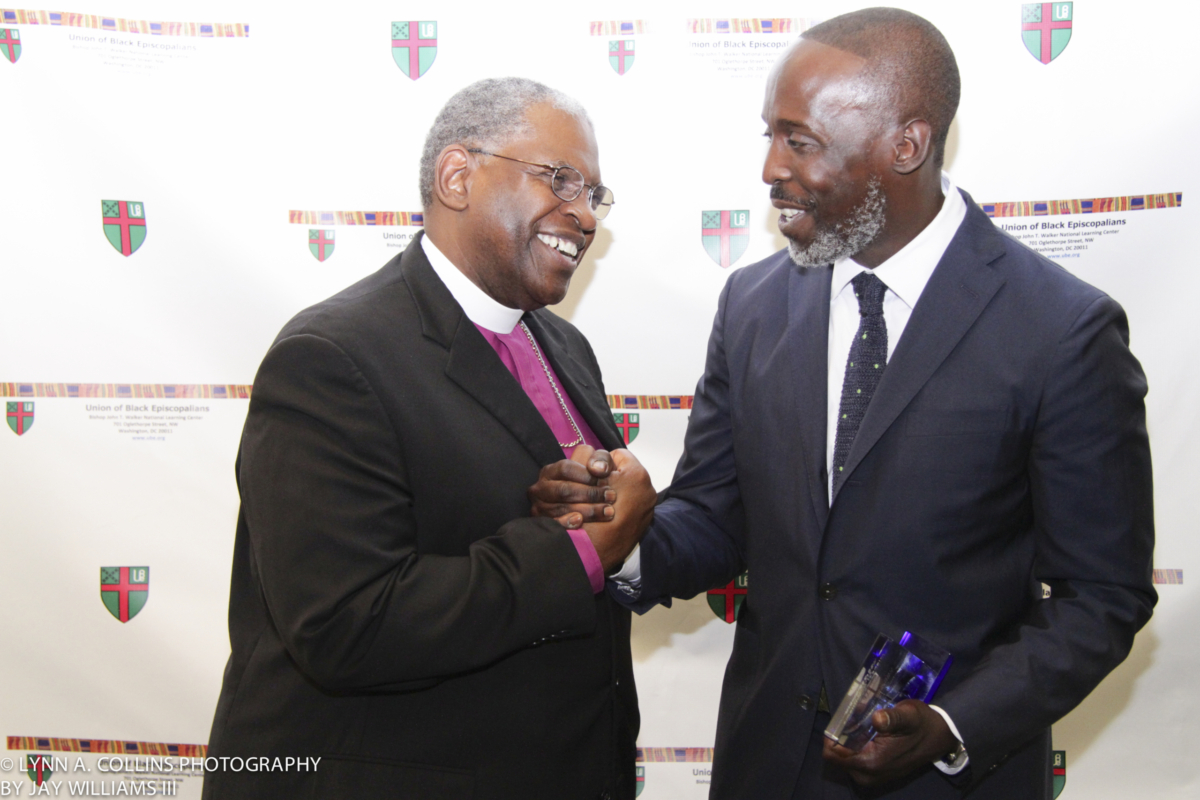 [Episcopal News Service] When actor Michael K. Williams’ funeral was held on Sept. 14, it wasn’t in his hometown of New York but at St. Stephen’s Episcopal Cathedral in Harrisburg, Pennsylvania, which had become a spiritual home for him. Former Central Pennsylvania Bishop Nathan Baxter, a close friend of Williams’ and his family, gave the sermon, in which he remembered Williams’ generosity and “his affection for The Episcopal Church.”

Williams, who was found dead at his Brooklyn home on Sept. 6 at age 54, grew up attending St. Augustine’s Episcopal Church in East Flatbush before gaining fame and acclaim for his role on HBO’s “The Wire.” His nuanced performance as Omar Little, an openly gay Black robber who targeted street-level drug dealers in Baltimore, Maryland, made him one of the most admired actors on television and led to further high-profile roles on “Boardwalk Empire” and “Lovecraft Country.”

Baxter, however, remembered him most for his commitment to helping others. Baxter got to know Williams’ mother after she moved to Harrisburg around 2007, he said, and started attending services at the cathedral. Williams would often come to visit and come to church with her. Williams, who struggled with drug addiction throughout his life, found comfort in the church, Baxter said.

“During those years, at times when he was having some real struggles in his life, he would come by my office right next to the cathedral. He would come and we would sit and talk,” Baxter said, adding that Williams would be there every Christmas Eve with his family.

Williams was a keynote speaker at the Union of Black Episcopalians’ 2015 Annual Conference and Meeting in Baltimore, during which he also received the UBE Community Courage Award for his work with at-risk children. Baxter recalled how young attendees reacted with awe as Williams talked about his Episcopal upbringing, the struggles he had faced, “and how having a spiritual life can really give you an anchor, even if you stray.” 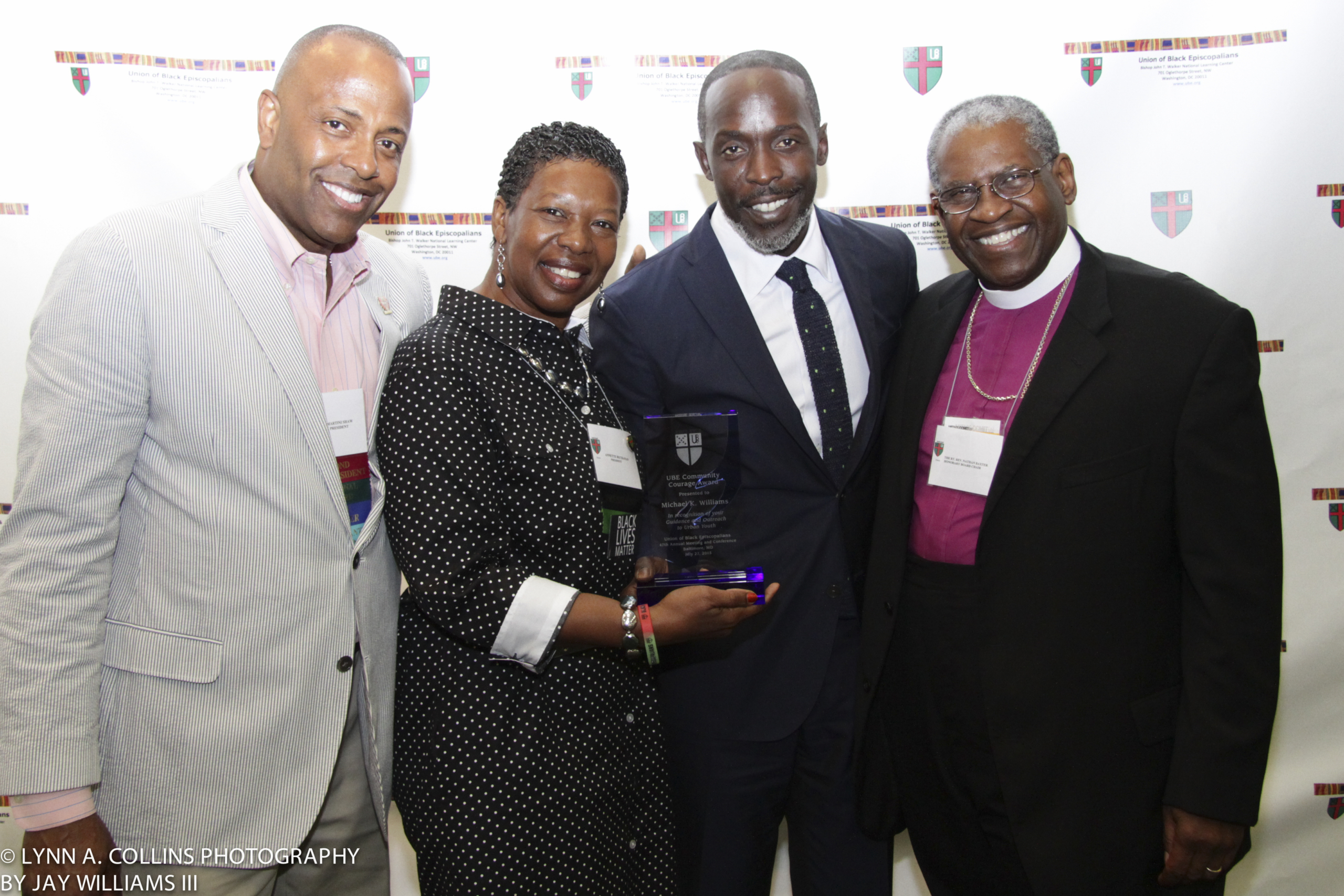 Much of Williams’ charitable work was done in Harrisburg, which he had “adopted as his home,” Baxter said, including supporting basketball camps for poor children, distributing food to those in need, and speaking at Black Lives Matter events and at conferences on solving social problems. Describing Williams as “a wounded healer” in his funeral sermon, Baxter said Williams’ challenges gave him the empathy and drive to help others.

“Michael was open about his own struggles with addiction and the problems that he faced and mistakes that he made,” Baxter said. “The scar that you see on his face that he got in a bar fight in his late teens – he never had that fixed, and a part of it [was because it was] useful in casting him. But another part of it, for Michael, was he thought it was important that people see that life has not always been successful for him.”

That empathy was also what made him a great actor, Baxter said. Though his funeral attracted some celebrities, it also drew old friends from Williams’ childhood in the housing projects of East Flatbush, Brooklyn.