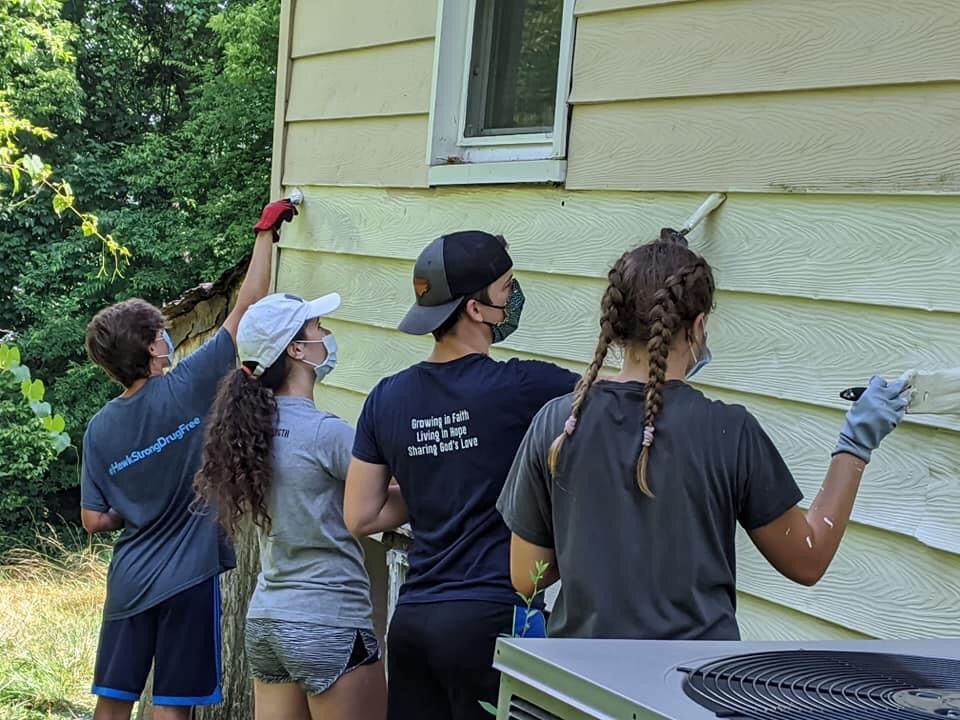 Youth volunteers from the Episcopal Church of the Good Samaritan in Knoxville, Tennessee, paint a house as part of Operation Backyard. Photo: Sinead Doherty

[Episcopal News Service] An Episcopal youth group in Tennessee has made the most of pandemic-related limits on indoor gatherings and travel by helping to repair homes in their city. The youth group of the Episcopal Church of the Good Samaritan in Knoxville has partnered with Operation Backyard, a local nonprofit that repairs the homes of residents in need and takes its name from the mission of helping the poor “in your own backyard.”

It’s a partnership that benefits everyone involved on multiple levels, youth minister Sinead Doherty said. Clients who can’t afford necessary repairs get to keep their homes, and the parish teenagers learn valuable building skills and lessons about the realities of economic injustice. Beyond that, the program fosters personal connections and a sense of purpose, Doherty told Episcopal News Service.

Operation Backyard is a project of the Knoxville Leadership Foundation, a nondenominational Christian nonprofit that connects volunteers with urban improvement projects, mostly dealing with housing for low-income people. Operation Backyard leaders select projects suitable for inexperienced volunteers – such as building wheelchair ramps, patching roofs or painting – and guide the volunteers through the work.

Doherty has attended Good Samaritan since she was a girl and works part-time as the youth minister in addition to her full-time job as a trauma therapist. She saw in Operation Backyard the perfect opportunity for her 60 or so middle schoolers and high schoolers. 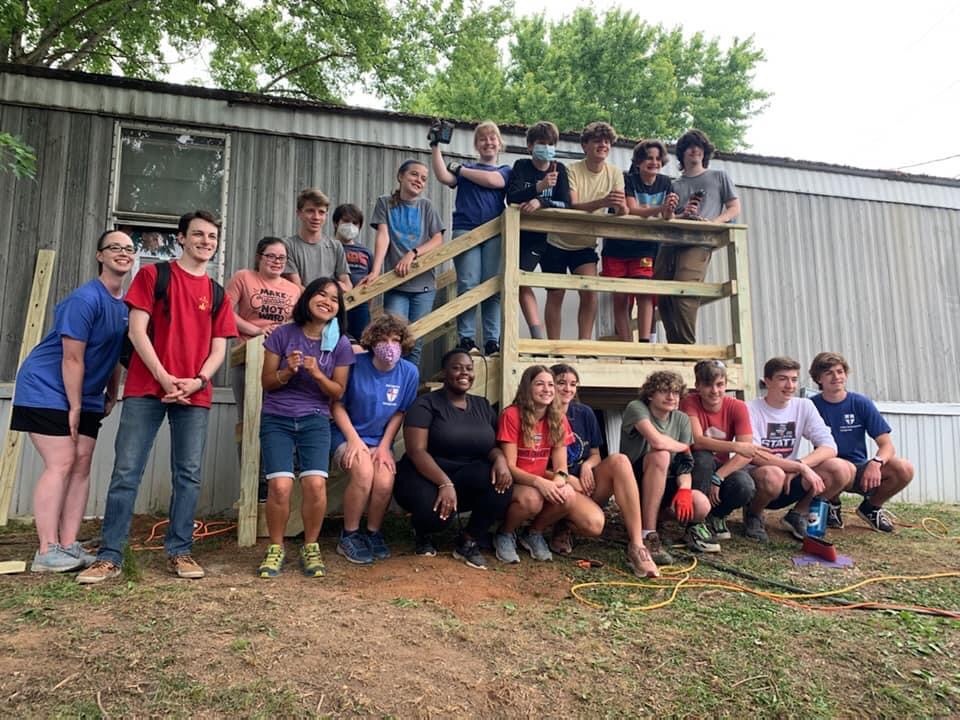 Youth volunteers from Good Samaritan pose in front of a house they renovated. Photo: Sinead Doherty

“What they had to offer was exactly what I wanted for my youth,” Doherty said of Operation Backyard. “It’s incredibly relational. You really get to know the people who are leading the volunteer day, as well as the families that you’re serving.”

She and some of the teenagers had a positive experience in 2019 building a wheelchair ramp for a woman who couldn’t get down the two flights of stairs in her public housing apartment. Then the pandemic hit. Suddenly, many of Operation Backyard’s usual volunteers – college groups on spring break service trips, for example – couldn’t come. That meant the Good Samaritan group was needed even more, and it was one of the few ways that they could gather safely. 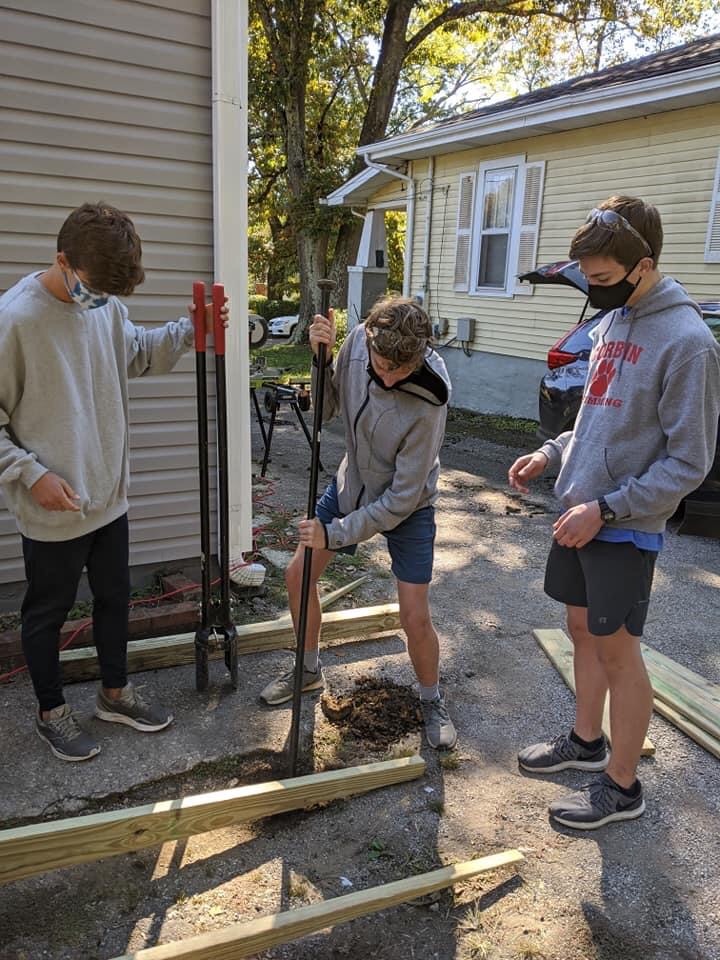 “I did not want to shut down my youth group, but we needed safe outdoor options,” Doherty told ENS. Even though most of the work was outdoors, much of it was done in masks “in the humidity down here in Tennessee in the summer, which is unreal. We were so happy to be able to do anything.”

The Good Samaritan group completed three projects in 2020 and two this year so far, with more to come in the fall. Usually 30 to 50 kids participate, some as young as fourth grade. 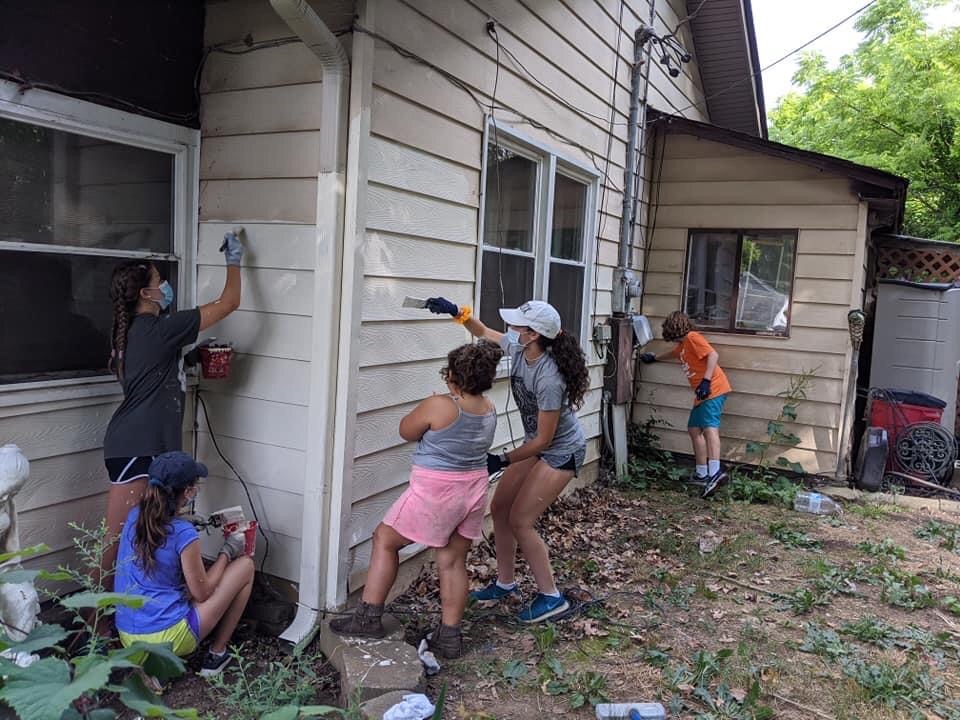 For some of the teens, it’s more than a group project; it’s a way for them to come into their own.

“One of my young men actually was so inspired by the work he was doing with Operation Backyard that he is pursuing construction and contractor licensure while he’s in high school,” Doherty told ENS. “And he’s hoping to serve with [Operation Backyard] once he gets out of high school and then take the skills he’s learned for a career.”

One 16-year-old loved the experience so much that she enlisted her school to do its own Operation Backyard day, Doherty added.

“She took what we had done and spearheaded it all on her own,” she said. 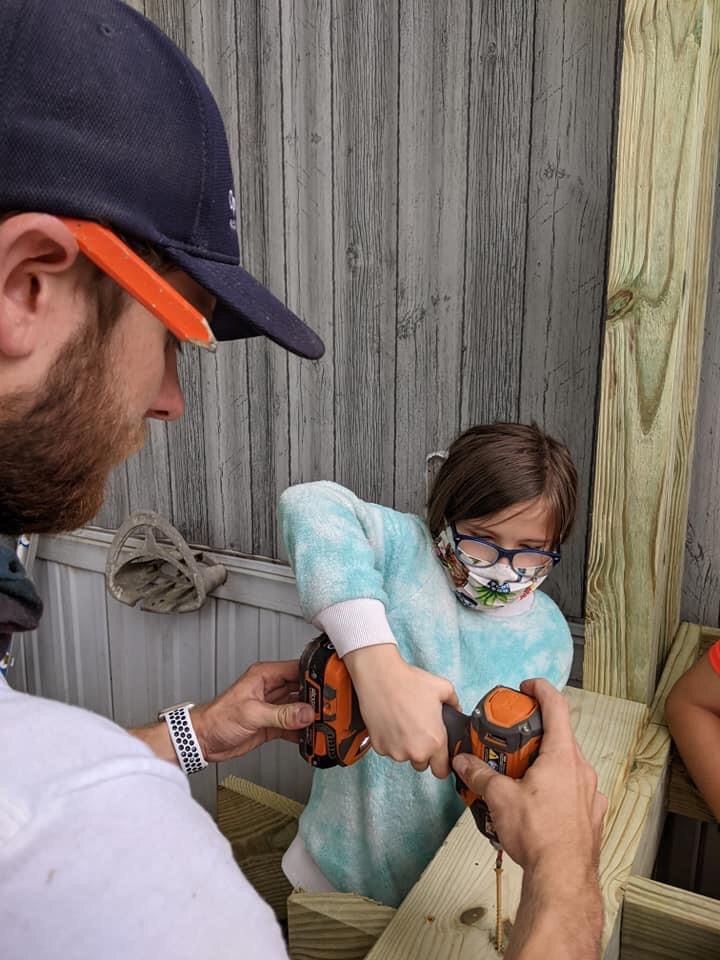 An Operation Backyard leader shows a young volunteer how to use a screw gun. Photo: Sinead Doherty

The most important thing about the program, Doherty emphasizes, is not the construction or leadership skills but the Christian missions of service and witness that it entails. Even small projects can be a godsend for clients, such as a family whose children would have been taken away by the state if unsafe parts of their house weren’t repaired, Doherty said. Clients are always treated with dignity as equal partners, but the volunteers become more aware of their own relative privilege.

“A lot of the kids I [work with] live in a very privileged part of town, and most of the clients we serve through Operation Backyard do not,” Doherty told ENS. “It’s been really wonderful to help my youth, in a very ethical way, get out into different parts of town and get to know people and build relationships with them.”

And there is plenty of work to be done. As of 2019, 24% of Knoxville residents live below the poverty line, including almost half of the city’s Black residents.

“Getting our kids getting out into the communities, they’re able to identify all of these different justice issues like food deserts and access to safe and affordable housing, and take home what they learn,” Doherty said. “It’s been so interesting to watch their faith tie into issues beyond just this one day or this one weekend.”

Not every church has a youth program as large or resourced as Good Samaritan, but Doherty recommends that other churches look to partner with similar nonprofits in their areas. They’re often looking for volunteers and eager to train them, so churches don’t need to start programs on their own.

“They’re here, they exist and we don’t have to re-create it,” Doherty said, “but, wow, it meets that need.”

Correction: An earlier version of this story misnamed the parish. It is Good Samaritan, not Good Shepherd.