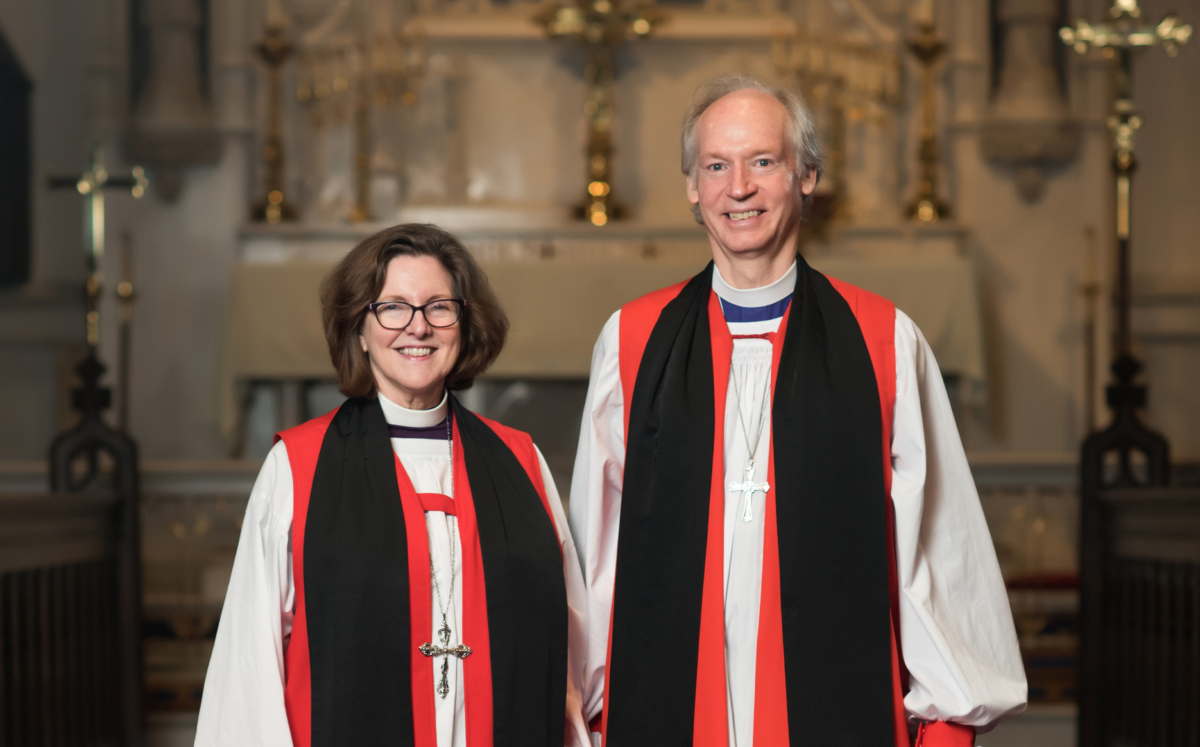 [Episcopal News Service] The bishops of the Diocese of North Carolina have denounced a bill passed by the state House of Representatives and currently before the state Senate that would restrict how public schools in North Carolina teach about race and how it relates to American history, saying it seems intended to suppress honest discussions about America’s history of racial oppression.

“House Bill 324 would put new rules on public school lessons concerning race and history,” Bishop Diocesan Samuel Rodman and Bishop Suffragan Anne Hodges-Copple wrote in an op-ed published on Aug. 14 in the (Raleigh) News & Observer, including, they say, prohibiting the discussion of concepts like critical race theory. “Our deep concern is that the dangerous narrative surrounding this bill will prevent a full account of our history from being told and understood.”

Critics of the bill, which passed the North Carolina House in May, say it would prevent teachers from having truthful discussions about events in American history. Supporters of the bill say it is intended to protect free thought and expression. In “ensuring dignity and nondiscrimination in schools,” the bill proposes that public schools do not promote the concept that “one race or sex is inherently superior to another race or sex,” or that the idea of the U.S. as a meritocracy is an “inherently racist or sexist belief,” or that “the United States was created by members of a particular race or sex for the purpose of oppressing members of another race or sex,” according to the text of the bill.

“Regardless of its language about dignity and equality,” the bishops wrote, “HB 324 appears intended to make people of European descent comfortable while ignoring the systems of oppression that they deployed against those of African and Native American descent.

“Structural racism is interwoven throughout our history and continues to impact us, in our current context.”

The controversy around the bill, and others like it, focuses on critical race theory, a field of academic study first popularized in the U.S. in the 1970s and 1980s that examines how racism is embedded in societal institutions and not merely caused by individuals with racist views. Examples of this systemic racism range from slavery to housing discrimination.

Republicans have introduced similar bills in at least 23 states, passing them in eight.

The Episcopal Church has made educating and addressing systemic racism – both within and beyond the church – a priority through its Sacred Ground discussion series.

Rodman and Hodges-Copple – who represent 50,000 Episcopalians including descendants of slaves and enslavers, as well as Indigenous people – say the bill would have a chilling effect on public education and “sweep the real history of this nation, particularly its injustices, under the rug.”

“Efforts to suppress honest, thorough, authentically representative instruction run counter to the core tenets of our faith. Our faith formation is based on the principle that faith has need of the whole truth, the full story,” the bishops wrote.

“We must not be swept up in a larger movement that denies an accurate telling of how we came to be a state and a nation. Instead, we must do the hard work of repenting of our past and leading North Carolina into a healthier, transparent future.”