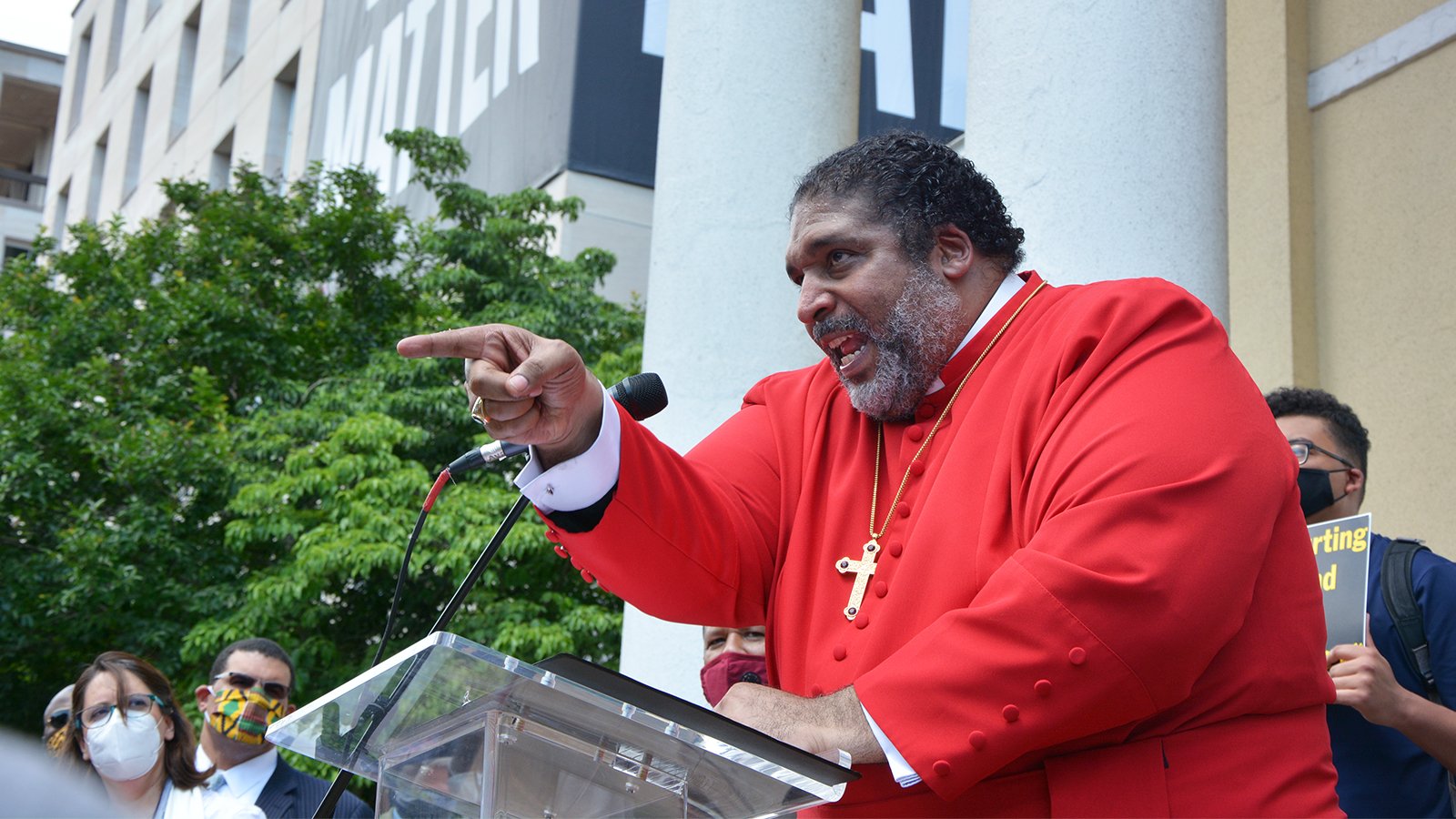 [Religion News Service] Fifty-six years ago, the Rev. Martin Luther King Jr. led thousands of clergy and laypeople on a 54-mile voting rights march from Selma to Montgomery, the state capital of Alabama.

On July 28, the Rev. William J. Barber II will lead a similar contingent on a four-day, 27-mile march from Georgetown to Austin, Texas — also for voting rights.

The symbolism is intentional.

“The similarity today is that there has to be federal action,” said Barber, the prominent pastor, civil rights activist and co-leader of the Poor People’s Campaign, which is sponsoring the march. “What we see happening in these statehouses is to roll back voting rights, to take away from people processes that allow more people to vote — early voting, same-day registration, mail-in ballots. We have to have federal action.”

This time, Texas, rather than Alabama, is the choice location. That’s because a bill in the Texas Legislature would clamp down on the state’s voting-by-mail rules, bolster protections for partisan poll watchers and embrace new ID requirements for voting by mail. Texas House Democrats have fled the state in an effort to block GOP-backed efforts to enact the new voting bill.

But voting rights have been a recent issue in other states as well. Republicans have passed more than 20 laws in states across the country this year, according to the Brennan Center for Justice. Those laws are likely to make voting harder, especially in Black and Latino communities, which lean Democratic.

The Poor People’s Campaign, a movement fashioned after King’s 1968 anti-poverty push, has been successful in mobilizing clergy who see voting rights as an issue of justice.

“It is my personal conviction that one of the greatest derelicts of religion at this time is that faith leaders have remained silent on the issue of justice as it relates to voter suppression,” said Bishop James Dixon, pastor of Houston’s Community of Faith Church. “We think the credibility of the pulpit is being diminished by the silence because that speaks to complicity.”

The Texas Poor People’s Campaign chose to hold the march at the end of July for a reason.

The 1965 Voting Rights Act was signed by President Lyndon Johnson on Aug. 6. The campaign wants Congress to pass a federal voting rights bill by that anniversary.

Two federal voting rights bills are awaiting Senate action: the For the People Act, an overhaul of federal election law, and the John Lewis Voting Rights Advancement Act, which would restore significant parts of the Voting Rights Act that the Supreme Court removed in 2013.

One reason for the inaction is that two moderate Democrats, Sen. Joe Manchin III of West Virginia and Sen. Kyrsten Sinema of Arizona, have resisted calls to end the filibuster, which requires 60 votes rather than 51 for a bill to move forward.

More than 30 people, including Barber and the Rev. Jesse Jackson, were arrested outside Sinema’s Phoenix office during a sit-in demonstration on Monday. They were handcuffed and charged with trespassing on private property, a misdemeanor.

Following his release, Barber flew to Texas for Tuesday’s news conference at Christ Lutheran Church, the official kickoff location for the march, which begins at 7 a.m. Wednesday.

The march will work as a kind of relay with different people signed up to march for different legs of the 27-mile stretch from Georgetown to Austin. Barber, who has a disabling arthritic condition known as ankylosing spondylitis that causes him chronic pain, said he was committed to joining for shorter portions of the march each day.

The Rev. Frederick D. Haynes III, pastor of Friendship-West Baptist Church in Dallas, a predominantly Black congregation, will join the march on Friday and Saturday. He said the issue of voting rights has been on his church’s agenda for the past eight years, ever since the Supreme Court invalidated parts of the Voting Rights Act.

“We have a history at the church of not only mobilizing people to vote, but since 2013 we’ve been fighting the insidious ways our state has tried to roll back voting rights,” Haynes said.

The Rev. Stephanie Wilkins, clergy chair for the Texas Poor People’s Campaign, said there would be 125 people marching each day. The campaign limited the number in light of growing COVID-19 cases. But there will be no restrictions on the number of people at Saturday’s rally in front of the Texas Capitol in Austin, though masks will be required.

She said the march’s conclusion will include a 151-car caravan to commemorate the 151st anniversary of the signing of the 15th Amendment, which prohibits the federal government and each state from denying a citizen the right to vote based on that citizen’s “race, color, or previous condition of servitude.” It was ratified in 1870.

“This is our Selma moment, ” Wilkins said. “We won’t quit because we’re on the side of right.”