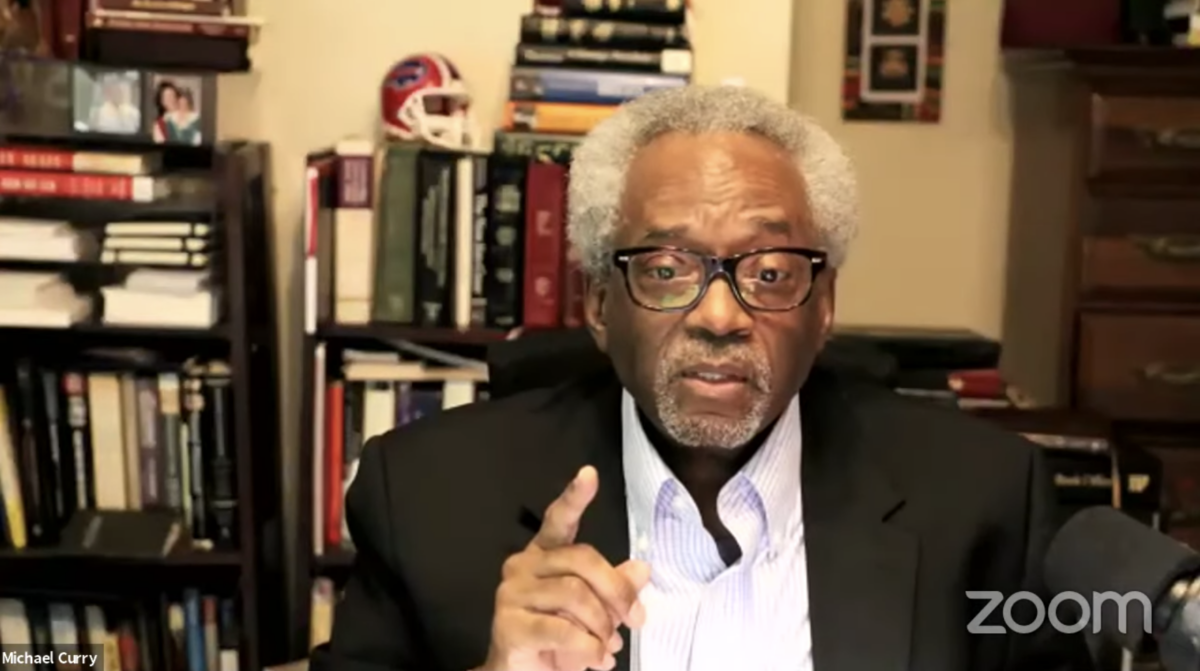 [Episcopal News Service] The Episcopal Church Executive Council began its June meeting with discussions on how racism is being confronted within and beyond the church, including the creation of a new working group that will be tasked with expanding the church’s ongoing anti-racism and reconciliation efforts.

Executive Council, a body of elected lay and clergy church representatives that serves as the church’s governing body between meetings of General Convention, is meeting virtually June 25-28. It is chaired by Presiding Bishop Michael Curry, who opened the meeting by announcing that he and the Rev. Gay Clark Jennings, president of the House of Deputies and vice-chair of Executive Council, are forming a working group on truth and reconciliation for the entire Episcopal Church. The new working group is not intended to replace the church’s existing efforts on telling the truth about its complicity in racism and dismantling the structures that perpetuate it, but to build on those efforts and extend them to every corner of the church.

“Many dioceses have already done this,” Curry said in his opening remarks. “Many congregations and schools and seminaries have done this – not all, but many have. But now [we have the chance] to do this work of truth and reconciliation…” at the churchwide level “in all of the countries where we are located. To my knowledge, this has not been done before.

The working group, Curry said, will be composed of bishops and deputies, some of whom currently serve on the Executive Council Committee on Anti-Racism and Reconciliation and the Presiding Officers’ Advisory Group on Beloved Community Implementation. The new working group will be asked to develop proposals for the 80th General Convention, scheduled for July 2022 in Baltimore, Maryland, “that will foster and facilitate the convention’s adoption of a plan and pathway for a process of truth and reconciliation in The Episcopal Church,” Curry said.

The proposal will include ways to “tell the truth about our collective racial and ethnic history and present realities, to reckon with our church’s historic and current complicity with racial injustice, make commitments to right old wrongs and repair breaches and discern a vision for healing and reconciliation,” Curry said. To do that, the group will conduct a review of past and present truth and reconciliation processes within The Episcopal Church and the Anglican Communion and in the countries where those churches are present, such as South Africa, Rwanda and New Zealand.

The group will convene in September 2021 and be asked to submit proposed General Convention resolutions by March 2022, including proposed budgets for the actions it recommends.

“This working group will have the opportunity to propose the creation of truth and reconciliation opportunities that can inspire the energy, prayers and initiatives of deputies and bishops from across the church while we are in Baltimore,” Jennings added. “I pray that the Holy Spirit will move among us and bring us closer to telling the painful truths with which we must reckon before we can become fully the church.”

Jennings referenced the Racial Justice Audit of Episcopal Leadership, saying that progress is being made toward including more people of color in the church’s governing bodies.

“We’ve made significant efforts to ensure that people of color are leaders on committees addressing all areas of the church’s mission,” Jennings said. “For example, at [the 2022] convention, half of the deputies on the Joint Standing Committee on Program, Budget and Finance – the powerful committee that builds on the work of Executive Council and prepares the final General Convention budget – are people of color.

“Ensuring that House of Deputies legislative committees represent a full diversity of the church will not automatically correct the manifestations of structural racism that exists at General Convention, but I hope that more diverse legislative committee leadership and membership helps us make inroads in eradicating some of the injustice identified by the audit.”

The audit’s 72-page report sheds light on nine dominant patterns of racism that were identified in the survey responses of 1,300 leaders, including bishops, deputies, council members, churchwide staff members and diocesan leaders. The full report was released to the church in April.

For more information on the racial justice audit, click here.

Facilitators from the Mission Institute, which conducted the audit, presented their conclusions to Executive Council during the opening plenary session, the first time the results had been presented to the full council. Members were given the opportunity for questions and comments on the audit’s findings. Among them were the lack of access to power that people of color experience in the church and the stress they experience from being held to unreasonable expectations and feeling invisible or hypervisible. Members will further discuss their reactions to the report in committee meetings over the weekend.

Jennings also asked the Joint Standing Committee for Mission Within The Episcopal Church to review the work that the church has done on reducing greenhouse gas emissions and draft a resolution for Executive Council to refer to General Convention for further action.

“Just as the truth and reconciliation initiative must enlist the church at all levels, working toward eliminating our carbon footprint will require a broad grassroots initiative,” she said.

Other topics scheduled to be addressed during the meeting’s livestreamed plenary sessions include recommendations for how the church can engage in deradicalization, which came up at Executive Council’s meeting in late January in the wake of the Jan. 6 insurrection on the U.S. Capitol, during which attackers wore and carried Christian imagery and white supremacist symbols. At that meeting, Executive Council voted to ask the church’s Office of Government Relations and Office for Ecumenical and Interreligious Relations “to develop a plan for The Episcopal Church’s holistic response to Christian nationalism and violent white supremacy.”

Council also received a budget report from Kurt Barnes, the church’s treasurer and chief financial officer, who said that both income and spending are on track with the budget, though that does not yet include the distribution of diocesan relief grants. The church’s reserves and investment portfolio remain strong, he said.

During the afternoon plenary session, leaders from the Episcopal Church in North Texas, formerly the Diocese of Fort Worth, talked about the diocese’s 12-year legal battle with the Anglican Church in North America and its ongoing threat to The Episcopal Church. Council members also heard a presentation from the Office of Development, which has formed an advisory committee to help grow its fundraising.