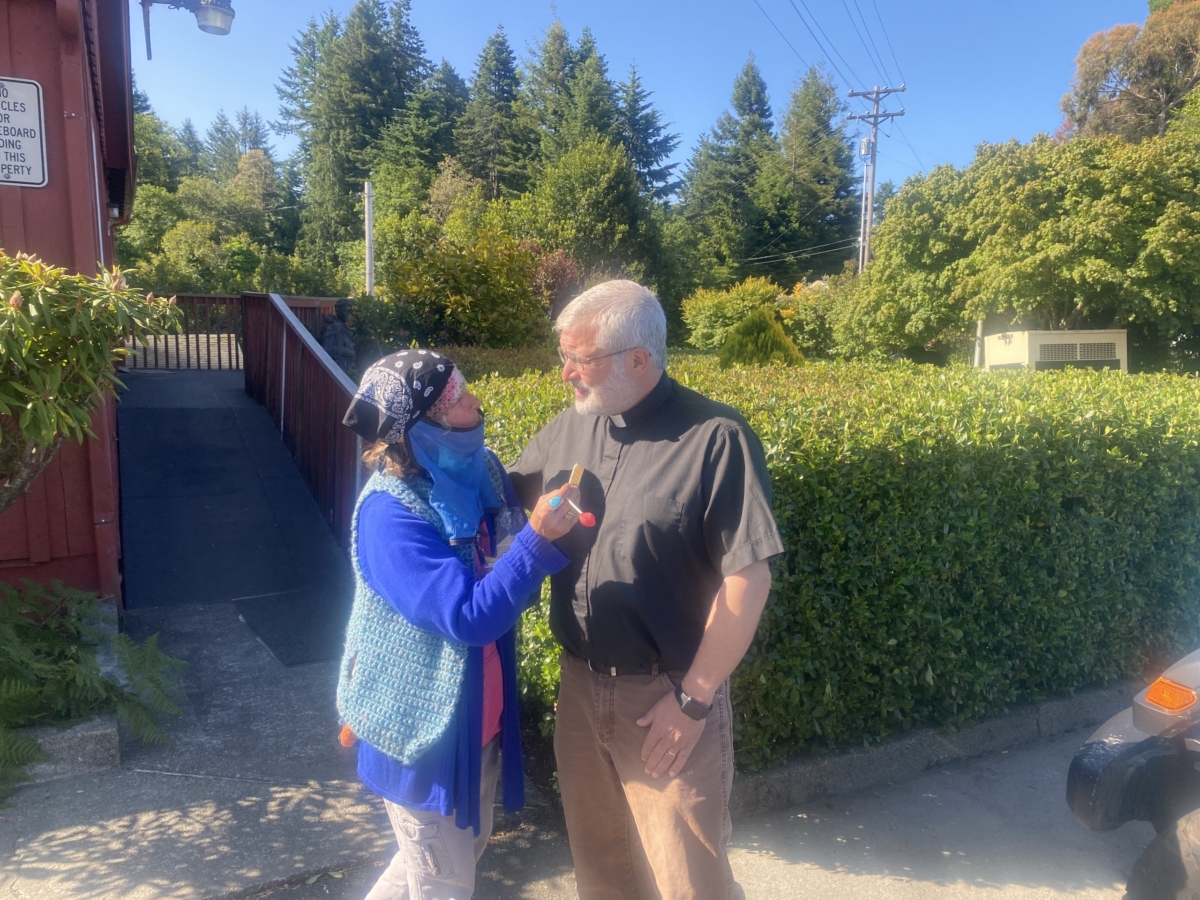 [Episcopal News Service] Despite encountering resistance from neighbors and town officials, an Episcopal parish in a small Oregon town is continuing to provide critical services to homeless people, filling a void in an area where there are many unhoused and transient residents but few resources available to them. In a situation playing out all over the United States, the town is grappling with the dilemma of how to treat homeless people with compassion while managing residents’ concerns about safety and cleanliness.

St. Timothy’s Episcopal Church in Brookings, on the Pacific coast near the California border, has long ministered to the homeless and hungry in the area. The church opened a food bank in 1985 and, in 2009, started hosting a soup kitchen along with other churches in town, with each church taking one day of the week. For about 10 years, the church has allowed people to come in for restrooms, showers, Wi-Fi and coffee.

Brookings, like much of the West Coast, has had a high number of homeless and transient residents for years, mostly due to a lack of affordable housing, said the Rev. Bernie Lindley, vicar of St. Timothy’s. Over the last two years, though, the situation in the region worsened dramatically due to a confluence of factors, Lindley said. The COVID-19 pandemic took a toll on people’s financial and mental health, he said, and houses that were once rented to year-round residents are now second homes for the wealthy or short-term rentals through Airbnb. A recent count found 121 homeless people living in the ZIP code that covers Brookings, Lindley said.

“Even before the pandemic, we had a big uptick in people that were displaced,” Lindley told Episcopal News Service. “Housing is really impossible in our area. If a place comes up for rent, it gets rented within, like, 20 minutes of being advertised. It’s just ridiculous.”

With more people living in cars and tents, unable to access basic necessities, St. Timothy’s stepped up its ministry to the homeless, starting an advocacy team called Brookings CORE Response about three years ago. Team members help homeless people sign up for affordable housing wait lists, get identification cards, obtain benefits (including COVID-19 stimulus checks), do laundry and, for some, upgrade from tents to cars, which are safer to live in, Lindley said. In one case, the church helped a woman buy a minivan for her and her 10- and 12-year-old daughters to live in and provided food and basic necessities while they waited on a housing list for a year, he said. The church has also hosted COVID-19 vaccine clinics. 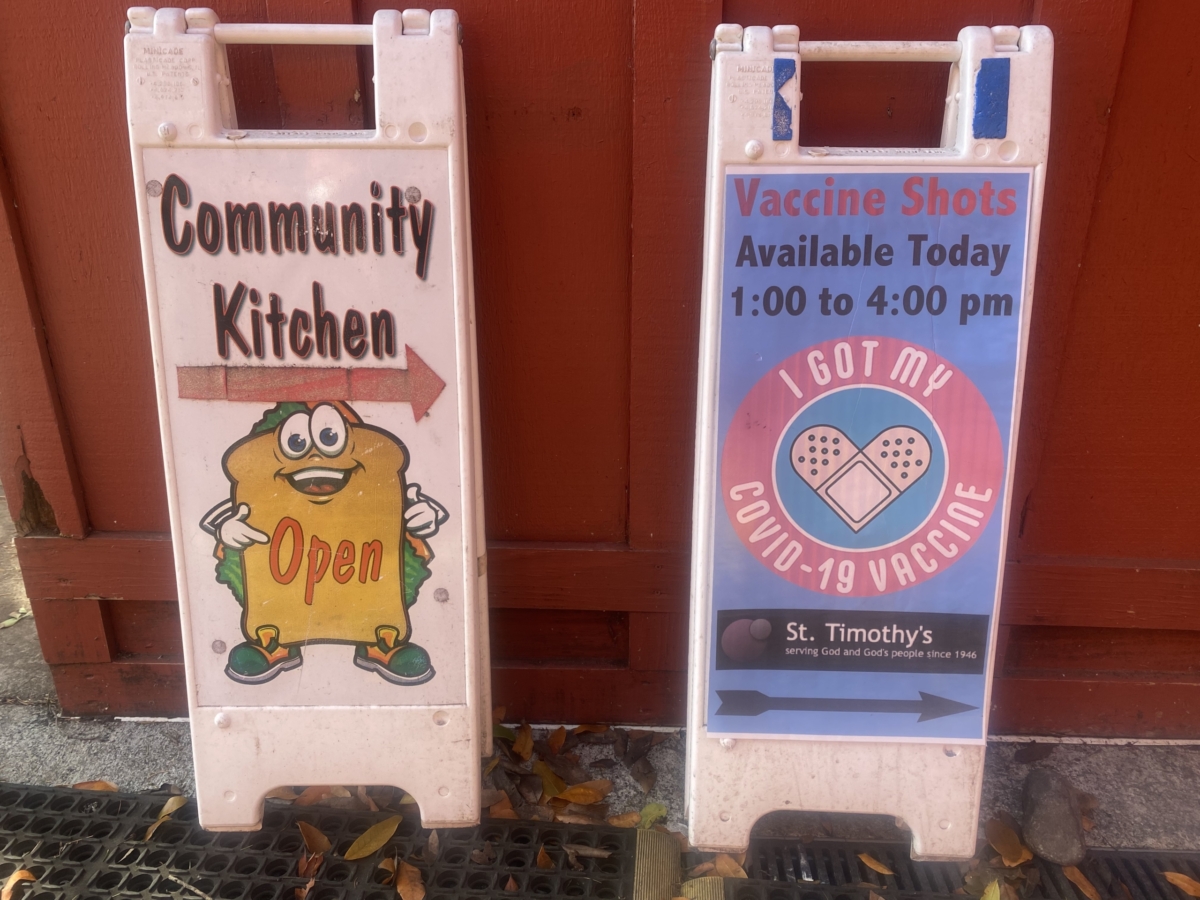 But lately, St. Timothy’s is going it alone when it comes to meeting the unhoused community’s needs. The city, population 6,500, doesn’t provide homelessness services, and there are no homeless shelters in Curry County. When the pandemic hit, all the other churches except one stopped doing their soup kitchen days, leaving St. Timothy’s to feed people six days a week. Around the same time, the city allowed each church to have three car-campers in their parking lots. St. Timothy’s was the only church in town that applied for one of those permits. That was when things got really difficult, Lindley said.

The struggle of keeping the parking lot under control has led to an ongoing police presence on-site. People are generally respectful, Lindley said, but inevitably, fights need to be broken up and people need to be removed from the property. Mental health services, already limited, were nearly impossible for homeless people to access during the pandemic.

“You’re talking about people who are already emotionally or mentally fragile – already on the brink of imploding. And so, over the last six months, they went into a full-blown tailspin. And so we have people that are getting into these loud screaming matches right out in the parking lot in front of God and everybody,” Lindley said.

Brookings has recently seen a backlash against the homeless and those who care for them, including St. Timothy’s. In April, the mayor of Brookings resigned after losing the support of the City Council for writing a letter supporting the idea of turning a hotel in the area into a homeless shelter, according to local news coverage.

The county government has also begun clearing homeless camps in the Brookings area, including one by the town’s port that had accumulated large amounts of garbage and posed a public health threat because of illegal trash fires and human waste. The cleanup cost the county around $20,000.

In early June, 29 residents petitioned the city to stop St. Timothy’s homeless ministries, leading to a meeting with the City Council, during which supporters of the church debated neighbors who gave examples of disturbing and disruptive behavior by people congregating around the church.

“I feel like people are trying to find a solution to homelessness – that’s not why I’m here today,” neighbor Brandon Usry told the City Council, as reported by the Curry Coastal Pilot. “I’m here today because I don’t feel safe in my house.”

Diana Cooper, executive director of St. Timothy’s Brookings CORE Response team, said the lack of other services in town left homeless people with nowhere else to go, and that the church could not abandon them. Cooper ran unsuccessfully for a City Council seat last fall.

“As far as what the church is going to do about the city’s concerns,” she said, according to KDRV-TV, “we can’t stop services and it’s not our fault that no other church is providing services.”

Current Mayor Ron Hedenskog has been critical of providing services to the homeless, saying it attracts more of them – and the problems associated with them – to the area. But he appreciates the work that St. Timothy’s does, and he managed the Tuesday soup kitchen there for about 10 years. He told the Curry Coastal Pilot that the issue is “very personal” to him, but the problem has gotten out of control in recent years. 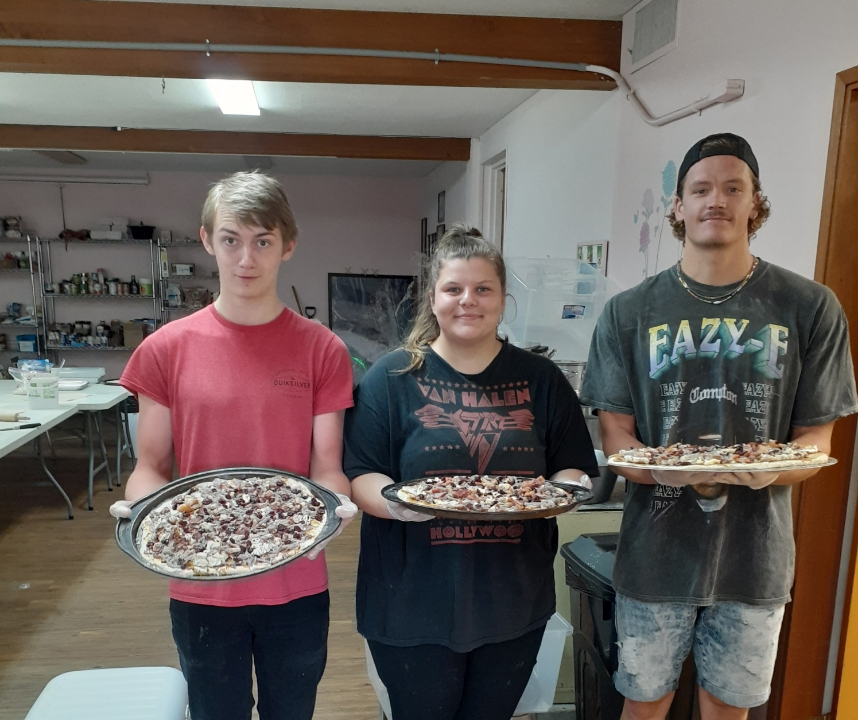 “I have no desire whatsoever to [shut] down a benevolent kitchen,” said Hedenskog. “However, you have a neighborhood of 29 people who have complained that it’s getting out of hand.”

Lindley told ENS that shutting down the ministry would not solve the problem of homelessness. Instead, he said, the city and county need to help by creating options for the homeless that are safer and more sustainable than living in a parking lot.

“Our hope would be that the city would want to come alongside us and support us,” Lindley said. “We would rather they were pulling on the same side of the rope.”

So why does St. Timothy’s persist in caring for the homeless? Lindley, who spoke to ENS on the 13th anniversary of his ordination to the priesthood, had an easy answer at the ready.

“Matthew 25,” he said. “‘Whatever you do for the least of these’ – of course, that’s our guiding passage in Scripture. … When you look at the life of Jesus Christ, it all involved healing, feeding and teaching. And we want to emulate our Savior.”

In his sermon on June 13, Lindley talked about the idea of “building the kingdom of heaven,” which appears throughout the New Testament.

St. Timothy’s is continuing to do that despite increased resistance from the city, which has proposed requiring the church to get additional permits and has reported it to the state health department for allegedly not having a proper kitchen license. City staff have also recommended that the council rescind the car camping ordinance, the Curry Coastal Pilot reported.

Lindley has the support of Bishop Diana Akiyama and the diocese’s lawyer, who wrote a letter on the parish’s behalf to the city attorney “because what we’re doing isn’t just a mandate from Christ, what we’re doing is also protected by the First Amendment and the constitution of the state of Oregon.”

“Our call as followers of Jesus is to proclaim the Good News of God in Christ,” Akiyama told ENS. “St. Timothy’s Brookings, with the Rev. Bernie Lindley as their vicar, is proclaiming this Good News with every meal, shower and safe place to sleep they provide. This is what compassion and love look like: the Body of Christ alive and transforming.”