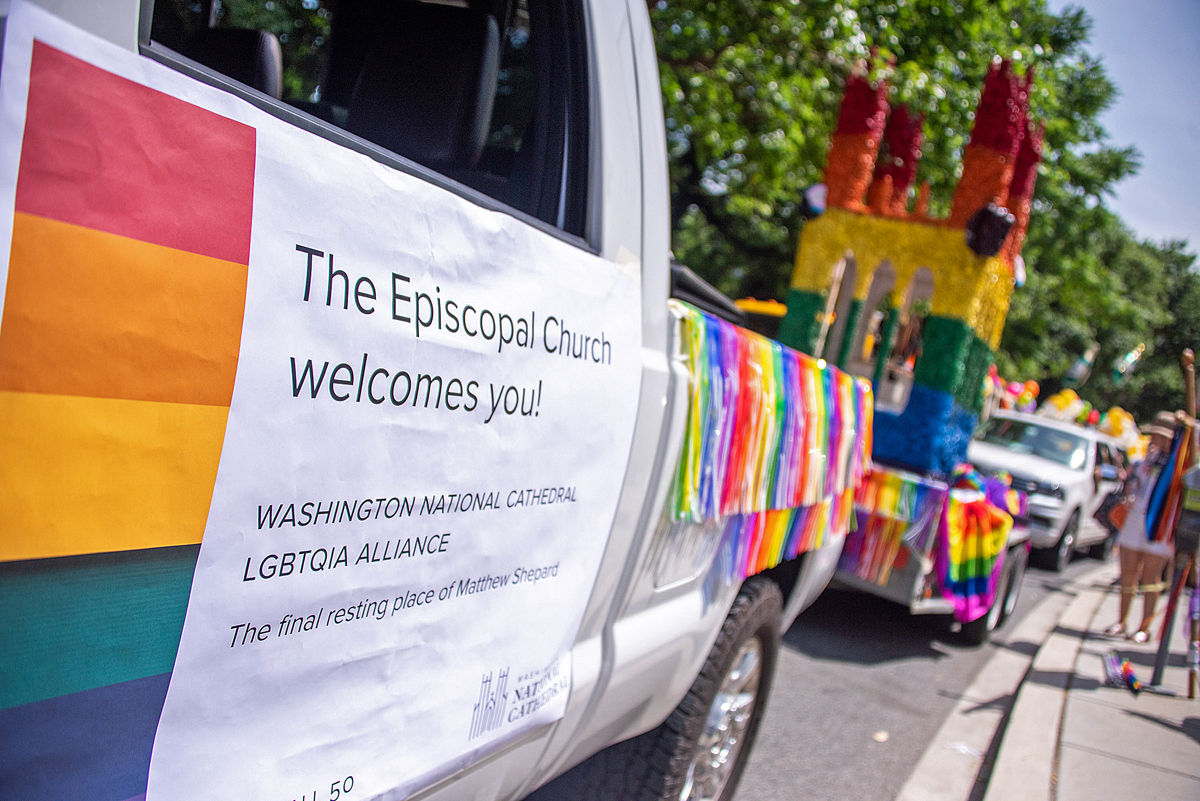 [Episcopal News Service] The Episcopal Church is responding to the United States Supreme Court’s ruling in a pivotal case about religious groups’ anti-LGBTQ+ discrimination by expressing support for same-sex parents and concern about the case’s implications.

On June 17, the Supreme Court ruled unanimously in favor of Catholic Social Services in its suit against the city of Philadelphia, Pennsylvania, which ended its contract with CSS to provide foster care because CSS refused to work with same-sex couples.

“My heart is with my LGBTQ siblings in light of today’s ruling by the Supreme Court in Fulton v. Philadelphia,” Presiding Bishop Michael Curry said in a statement. “LGBTQ siblings, we stand with you in this moment, and we continue to affirm that you are — and have always been — a blessing to our church. But above all, you are children of God with the entire human family. The struggle does not end here; the work goes on, and we are committed to the fullness of human equality and to building a just future that is free from discrimination against LGBTQ people.”

“Scholars can debate the broader legal implications of the decision, but as a Christian, I continue to be alarmed by the bigotry that lies at the case’s heart,” Jennings said in a statement to Episcopal News Service. “Religious liberty is a bedrock of our country and a right cherished by Americans of many faiths. But disguising homophobia as religious freedom, as the plaintiffs in this case have done, is not only a dangerous legal precedent, it is a gross distortion of the teachings of Jesus.”

The case has broad ramifications for both religious groups and LGBTQ+ people. While civil protections for LGBTQ+ people have become enshrined in local and federal laws over the last decade, the Supreme Court has also consistently upheld religious exemptions to those laws in recent years. The Episcopal Church has opposed anti-LGBTQ+ discrimination dating back to the 1970s, and has called for governments and other churches to protect the rights of LGBTQ+ people.

Philadelphia has prohibited discrimination based on sexual orientation since 1982. In 2018, the city dropped its contract with CSS to place children in foster homes after learning that CSS had a policy against placing children with same-sex couples, saying CSS was in violation of the city’s anti-discrimination laws.

CSS said it had never been approached by a same-sex couple in decades of providing foster care services. But it said the city, in requiring CSS to drop its policy of not working with same-sex couples, was forcing the organization to violate its religious beliefs. The Roman Catholic Church teaches that marriage is between one man and one woman, and that such a marriage is the ideal environment for raising children. CSS also does not place children with any unmarried couples, regardless of gender.

CSS sued the city, arguing that the city’s termination of the contract violated CSS’ First Amendment right to the free exercise of religion. After two lower courts upheld the city’s right to terminate the contract, the Supreme Court reversed those rulings, with all nine justices in agreement.

“CSS seeks only an accommodation that will allow it to continue serving the children of Philadelphia in a manner consistent with its religious beliefs; it does not seek to impose those beliefs on anyone else,” Chief Justice John Roberts wrote in the court’s opinion. “The refusal of Philadelphia to contract with CSS for the provision of foster care services unless it agrees to certify same-sex couples as foster parents cannot survive strict scrutiny, and violates the First Amendment.”

In their reactions to the ruling, Curry, Jennings and others focused less on the legal arguments and more on the theological and social impacts of the case.

“We are also concerned for the impact of this ruling on the foster care system, in which so many Episcopalians offer shelter and care to vulnerable children, many of whom are LGBTQ themselves,” Curry said. “It is important to remember that the New Testament teaches that ‘religion that is pure and undefiled before God, the Father, is this: to care for orphans and widows in their distress…’ (James 1:27).”

“Along with millions of other people of faith, I believe in the equality of LGBTQ+ families because of my faith, not in spite of it,” Jennings said. “It breaks my heart that this campaign of exclusion and discrimination is being waged by my fellow Christians, and I pray for the LGBTQ+ families that will suffer because of it.”

Pennsylvania Bishop Daniel Gutiérrez, whose diocese includes Philadelphia, said the focus should be on finding loving homes for foster children, not on excluding potential foster parents.

“There should never be conditions for those willing to open their hearts and homes to a child in need,” Gutiérrez said in a statement to ENS. “If a child needs help and a sibling in humanity is willing to meet that child’s needs in love, our society could not ask for anything more.”