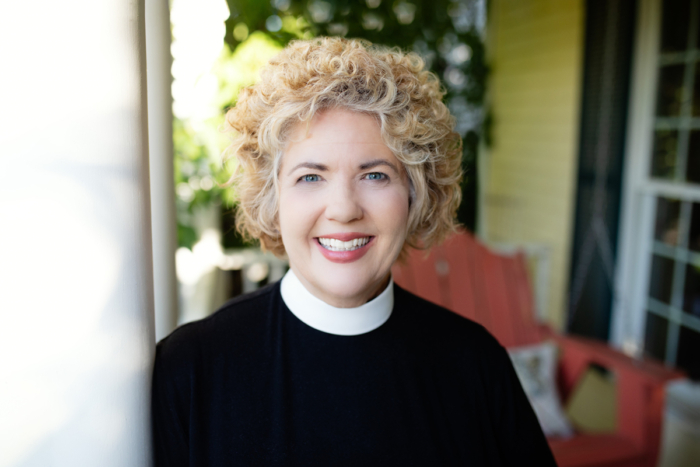 [Diocese of South Carolina] The Rev. Ruth M. Woodliff-Stanley was May 1 to be the 15th bishop of the Episcopal Diocese of South Carolina during a Special Meeting of Convention held for the purposes of the election. Once consecrated in October, Bishop-elect Woodliff-Stanley will be the first female to serve as bishop in the more than 200-year history of the historic diocese.

Woodliff-Stanley, who currently serves as canon for strategic change for the Dioceses of Northwestern Pennsylvania & Western New York, and the senior vice president for strategic change with the Episcopal Church Building Fund, was elected on the second ballot in an election that was fully conducted on Zoom due to the ongoing COVID-19 pandemic. There were five candidates on the slate for this election, and on the second ballot Woodliff-Stanley received 26 of 34 clergy votes and 13 of the 19.5 votes from the lay order representing the parishes and missions of the diocese. To win the election, a candidate needed to carry the required majority in both the lay and clergy orders on the same ballot.

Bishop-elect Woodliff-Stanley joined the convention on Zoom to address the delegates and all of the diocese just after the election results were announced. “You have given a vision of what is possible,” the bishop-elect shared with those attending the Electing Convention virtually, adding “It’s a vision I hope I can honor.” She went on to say: “Ours is the call to see the hearts of all the people of the world, beginning with one another.”

Raised and ordained in Mississippi, Woodliff-Stanley has served as rector of a parish, as canon on the staffs of two bishops of The Episcopal Church, and also in churchwide ministry focused on stewardship of finances and property. She is married to Nathan Woodliff-Stanley and they have two adult sons. In closing her remarks to the convention, the bishop-elect expressed her pure joy in being elected to lead the Diocese of South Carolina. “This is a moment of pure, unabashed joy. I cannot wait to be with you!”

Woodliff-Stanley, who is scheduled to be consecrated as the 15th bishop of the Diocese of South Carolina on Saturday, Oct. 2, 2021, will be the first full-time diocesan bishop of the diocese since 2012. During that time, the diocese has been led by two part-time provisional bishops, with the second retiring in December 2019. The search for the 15th bishop began in earnest in January 2020, though was paused briefly at the beginning of the pandemic.

As diocesan bishop, Woodliff-Stanley will lead 31 churches (including parishes, missions, and worshiping communities) affiliated with The Episcopal Church and the Anglican Communion in the eastern half of the state of South Carolina. The diocese represents more than 7,500 members, more than 100 priests and 15 deacons who are either canonically resident, or licensed to serve, in our diocese.

The other candidates on the slate were: