[Episcopal News Service] The Episcopal Church’s Executive Council, meeting online April 16, approved a resolution allocating up to $40,000 in pandemic relief for each diocese that requests it – no formal application necessary, no strings attached.

The emergency relief will total more than $4 million if all 109 dioceses and mission areas request the money. The vote at Executive Council’s one-day meeting signaled the culmination of a yearlong deliberation among church leaders about how best to help dioceses and congregations weather the disruptions caused by the COVID-19 pandemic, at a time when The Episcopal Church remains on solid financial ground.

Though no formal application is necessary, the council invited dioceses to engage in discernment about how the money they receive can best serve the mission of the church. 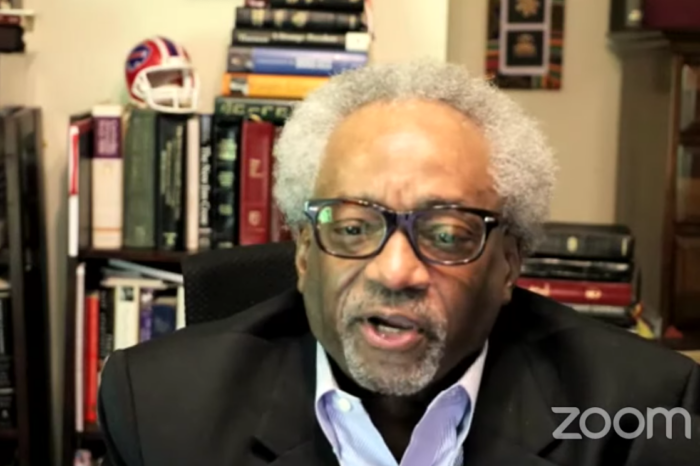 Presiding Bishop Michael Curry, in his opening remarks, emphasized there was more at stake for the church than providing direct financial assistance. “What began as a problem of financial relief emerged as a possibility of churchwide revival in the midst of a pandemic,” he said.

The money, to be drawn from the church’s financial reserves, will be available starting May 1, and dioceses can request the one-time grants through November 2022. Executive Council settled on up to $40,000 per diocese because it was “substantial enough to provide relief in various different forms to various different programs of the dioceses,” said the Rev. Mally Lloyd, Finance Committee chair. “The need for relief was not universal, and yet our charge was to provide relief to every diocese.”

The church’s ongoing reconciliation work also figured prominently during the April 16 meeting of Executive Council, which serves as the church’s governing body between meetings of General Convention. Council members approved a resolution affirming Episcopal support for LGBTQ equality and inclusion in the church, and a separate resolution condemned recent incidents of violence and hatred against people of Asian descent and Pacific Islanders.

“This is a very timely and somewhat overdue resolution,” said Warren Wong, a member from the Diocese of California, who was the primary author of the anti-hate resolution. “We’re experiencing a heightened amount of hate crimes against Asian Americans and Pacific Islanders, and especially targeting women and the elderly.”

The resolution drew specific attention to the deadly attack in March at a spa in Atlanta, Georgia, where a gunman killed eight people, including six women of Asian descent. Since then, church leaders have spoken out against that attack and the broader problem of racist hatred toward Asian Americans.

The LGBTQ+ resolution alludes to the church’s shift over more than 40 years toward welcoming gay and lesbian Christians more fully into the life of the church, and it grieves the harm done by the church against members of the LGBTQ+ community.

“Executive Council is committed,” the resolution says, “to ensuring that the Episcopal Church truly and authentically reflect the ‘full and equal claim’ that LGBTQ+ people have upon the ‘love, acceptance, and pastoral concern and care of the Church,’ by focusing on, honoring, and recognizing LGBTQ+ voices, experiences and leadership, proclaiming that we support LGBTQ+ equality not in spite of our faith, but because of it.”

The Rev. Gay Clark Jennings, House of Deputies president, voiced her support for renewing those commitments by “listening to the people who have been harmed by the church’s exclusion.”

“This pandemic year continues to push us to redouble our commitment to being agents of God’s love and justice and continuing on our path toward beloved community,” Jennings said in a prerecorded video. Jennings is recovering from shoulder surgery and was unable to attend the meeting live.

Executive Council typically meets three times a year in person, but during the pandemic, all of its meetings have been held online via Zoom. The April 16 session was held in plenary, with no committee meetings, and it was livestreamed on YouTube.

The church governing body has 40 voting members, including the presiding bishop and House of Deputies president. Twenty of the voting members – four bishops, four priests or deacons, and 12 laypeople – are elected by General Convention to six-year terms, with half of those members elected every three years. The other 18 are elected to six-year terms by The Episcopal Church’s nine provinces, with each province sending one ordained member and one lay member.

In January, at its last meeting, Executive Council reviewed a request from the Province IV bishops to allow dioceses to exempt federal pandemic aid from the diocesan income that The Episcopal Church will count when it calculates the next round of annual assessments. Loans from the federal Paycheck Protection Program, or PPP, can be converted to grants if recipients meet certain conditions. The Episcopal Church also received $3 million in PPP assistance.

Lloyd, in her presentation, walked members through her committee’s deliberations over how the church should treat diocesan PPP revenue. She noted that PPP “was not distributed evenly or even justly.” Not all dioceses and congregations requested and received that assistance, and since it was a U.S. program, dioceses in other countries were excluded.

Ultimately, the committee concluded that the PPP assistance met the church’s definition of income and must be reported as such, Lloyd said.

But Executive Council members expressed a consensus on the need to provide some form of financial relief to dioceses, especially given the sound position of denomination-level finances. The Episcopal Church ended 2020 with $10 million more in revenue than expenses, according to a report from Kurt Barnes, the church’s treasurer and chief financial officer. Those results were partly due to the spending cuts church leaders made after the pandemic hit in March 2020, as well as pandemic-related restrictions on staff travel.

Church leaders and their diocesan counterparts, however, remain uncertain about the long-term financial impact of the pandemic, and “2021 might not be the worst year ahead of us,” Lloyd said in her presentation. The pandemic relief grants, then, will be available for the next 19 months, if and when dioceses need them.

Dioceses do not need to give a reason for requesting the grants or even to say how they intend to spend the money, Lloyd said, though the request form includes optional questions intended to encourage discernment about local needs.

The committee also drafted guidance for diocesan discernment. The guidance suggests that, in some cases, using the money to offset shortfalls in diocesan or congregational budgets would be the best way to maintain the church’s mission in the community. Other dioceses may invest the money in ongoing social justice and racial reconciliation work, or use it to support vulnerable and marginalized members of the community. Some dioceses may choose to pass the money on to non-Episcopal organizations that are engaged in that work. They also can choose not to request a grant and leave the money for Executive Council to determine how it should be used.

After Executive Council voted to approve the grants, Lloyd expressed optimism at the action. The discernment process, she said, could “open the church up to think more broadly about how we’re called to be church, how we support our siblings who are feeling so beleaguered and so unheard and unappreciated.”