[Episcopal News Service] The Rt. Rev. Skip Adams, a retired bishop of Central New York, is now serving the dioceses of Eastern Michigan and Western Michigan as assisting bishop while those two dioceses await the outcome of a Title IV disciplinary action against Bishop Whayne Hougland Jr., who was suspended last year for 12 months after admitting to an extramarital affair. 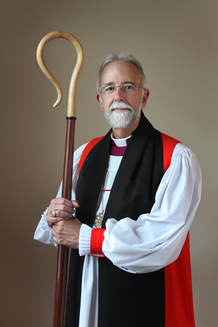 The Rt. Rev. Skip Adams retired as bishop of Central New York in 2016. Photo: Dioceses of Eastern and Western Michigan

Adams, who led the Diocese of Central New York from 2001 to 2016 and then served three years as bishop provisional in the Diocese of South Carolina, was welcomed Feb. 1 as consultant and then assisting bishop of the two dioceses in central Michigan.

The two dioceses finalized a partnership agreement in 2019, and part of that agreement was to share a bishop. Hougland, who has served as Western Michigan bishop since 2013, was elected provisional bishop of Eastern Michigan in October 2019.

The two dioceses’ standing committees announced on June 15, 2020, that Hougland had reached an agreement with Presiding Bishop Michael Curry to serve a one-year suspension after acknowledging making “serious mistakes” in pursuing the affair. The other person involved in the affair was not an Episcopalian, nor a member of the staff of either diocese, and no state or federal laws were broken, according to the dioceses.

At that time, the dioceses said final disciplinary action was pending with the Disciplinary Board for Bishops. Hougland remains on a one-year suspension, according to The Episcopal Church’s Office of Pastoral Development.

The two standing committee presidents said in a Feb. 1 message to their dioceses that Adams would conduct his ministry from his home in New York during the pandemic. “We do not know yet when his time with us will conclude,” they said. “This is partially dependent on the decision-making that will take place later this year related to Bishop Hougland’s suspension.”

Adams is a native of Baltimore, Maryland, and a graduate of Towson University and Virginia Theological Seminary. He was asked to serve the Diocese of South Carolina in September 2016 after that diocese was racked by doctrinal and theological disputes. In 2012, a former diocesan bishop had led a group of South Carolina congregations to break away from The Episcopal Church, setting off a protracted legal battle over church properties. During Adams’ tenure, the continuing diocese won a series of court victories, though a final resolution is still pending in the matter. 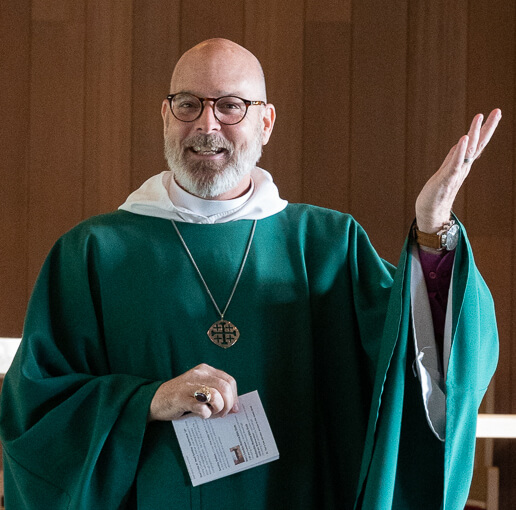 Eastern and Western Michigan approved the search for a part-time assisting bishop at their diocesan conventions in October 2020. An already consecrated bishop can serve as an assisting bishop to fill a specific role as determined by a diocese’s ecclesiastical authority. The standing committees in Eastern and Western Michigan remain the ecclesiastical authorities of the dioceses.

Adams first joined Eastern and Western Michigan last month as a “consulting” bishop, under a plan for him to transition to assisting bishop after the dioceses conducted their standard background checks.