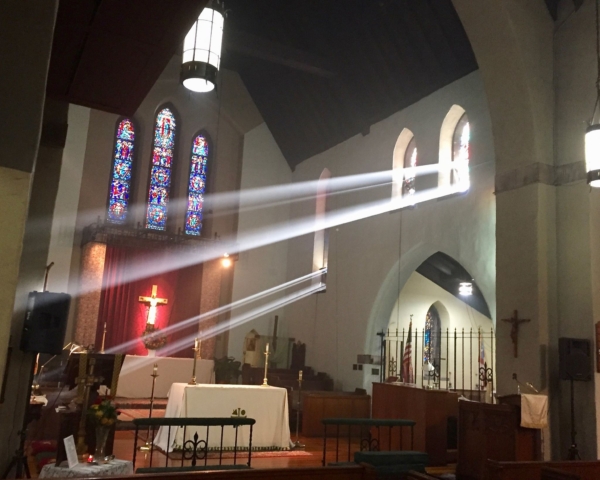 [Episcopal News Service] St. Mark’s Episcopal Church in the New York City borough of Queens has had more than its fair share of death and suffering over the past year. The prospect of another penitential, somber Lent seemed like too much to bear.

“2020 has been one long Lent, so I didn’t want to encourage more deprivation,” said the Rev. Spencer Reece, priest-in-charge, who is trying to dispel that darkness by engaging parishioners and neighbors with poetry and art. Reece, a well-regarded poet himself, has used creative programming to restore the lively spirit of this Diocese of Long Island parish, after a dispiriting year.

The church’s neighborhood, Jackson Heights, was the “epicenter within the epicenter” of the initial outbreak of COVID-19 in the United States last spring. The area has been acutely affected by the virus for a confluence of reasons: overcrowded housing and high percentages of workers in the high-risk health care and hospitality industries, people without health insurance and people of color, who have been disproportionately affected by the virus.

Tragedy struck the multicultural, bilingual parish on April 1, when its beloved rector, the Very Rev. Antonio Checo, died of COVID-19 at age 67. Checo, whose ministry focused heavily on serving the needs of the neighborhood, died in the same hospital in which he had once worked as a mental health clinician. 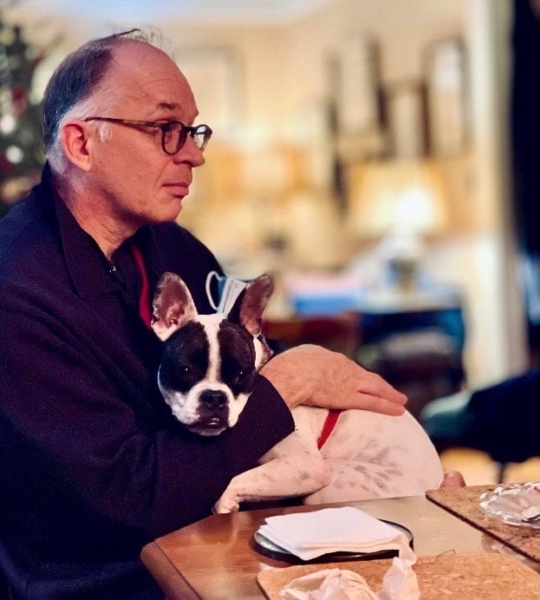 The Rev. Spencer Reece and his dog, Coco. Courtesy photo

When Reece arrived as priest-in-charge in October 2020, the church had been closed for seven months. Seeing the flourishing creativity in the neighborhood, Reece saw an opportunity for St. Mark’s to reengage with the community by becoming a place for parishioners and locals to share and experience art – particularly Reece’s specialty, poetry. He is the author of two poetry collections and a forthcoming memoir. Previously, while serving in the Spanish Reformed Episcopal Church in Madrid, Reece organized an international visiting poets reading series.

He used the reading series experience to create something similar, on a smaller scale, at St. Mark’s: the Red Door Series – named for the church’s doors, emblematic of Episcopal churches – in which a poet comes to the church every Wednesday and reads a poem, followed by 10-15 minutes of silence, and then reads the poem a second time.

A small number of people come to the readings in person, socially distanced, but a much larger audience watches via Facebook Live. That may be because Reece has recruited some literary superstars to read alongside neighborhood poets. Richard Blanco, who performed a poem at President Barack Obama’s second inauguration, Pulitzer Prize winner Gregory Pardlo, memoirist Nick Flynn and former New York State Poet Laureate Marie Howe are among the readers, along with local talents like KC Trommer, who helps curate the series through her connection to the Queens poetry scene.

The series has expanded St. Mark’s reach into the neighborhood and beyond. It has dedicated followers like 92-year-old parishioner Dorothy Moran, who told Reece she had never read much poetry before but comes every week.

It’s also brought in people who had never set foot in the church, like Sahar Romani, a Muslim lesbian poet and professor who lives in the neighborhood and read for the series on Feb. 10.

“One of the magical things about it is that many of the people that come are like, ‘Wow, I’ve never been in here before,’” Reece said. “It’s bringing a lot of people into the building. … [Normally] a lot of people just don’t go in because they feel like they can’t be part of it. But the series is open to anybody of any belief [or none at all].”

The series has now expanded to include a podcast hosted by local community activist Alfonso Quiroz, who interviews the poet of the week. And Reece points out that because it is a volunteer effort and requires no specialized technological equipment, it doesn’t cost the church a dollar.

“This [the series and podcast] has cost nothing, and it’s able to generate excitement and interest across the neighborhood, across the church, across the country, across the world – because you can listen to Facebook Live in Athens, Greece. People have listened to it there,” Reece said. “And so if we can do that – and this is a humble church with no endowment – if we can do that, what can everybody else do in these times?”

Given the success of the series, Reece has decided to make artistic expression a theme for the church during Lent. Speaking to ENS on Ash Wednesday, Reece said he couldn’t bring himself to talk to his parishioners about giving up things for Lent. Instead, he is encouraging parishioners to double down on whatever creative projects they feel drawn to, and he is planning a small-scale, socially distanced arts festival in the church garden for Holy Saturday. 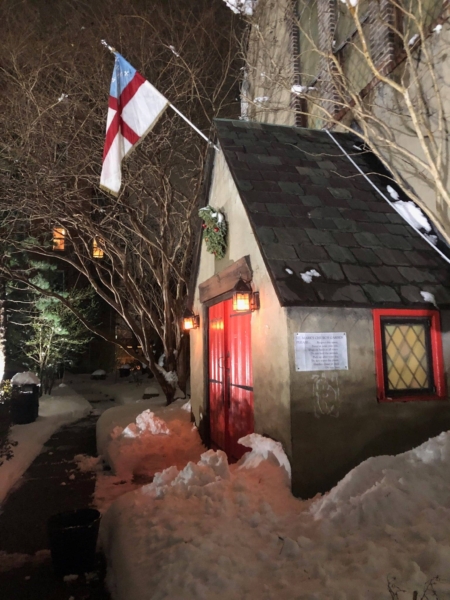 “Everybody will come to the sacred garden, connect to the church and share what they did over the last six weeks,” Reece told ENS. “If it’s, you know, building models, sewing quilts, singing a song, painting a painting, writing a poem, doing a video, making a meal – whatever it is each person has in them to create. And by creating, I believe we get closer to the Holy Spirit, and it taps into this positive energy.”

That positive energy, he said, abounds in the neighborhood. Sometimes, it just takes a venue and a little organization to bring it out.

“There’s a lot of possibilities here in Jackson Heights,” Reece said. “Given our limitations, we can realize their possibilities. No matter what the limitations are, there are possibilities. And this series has just grown and mushroomed and been very positive for people.”