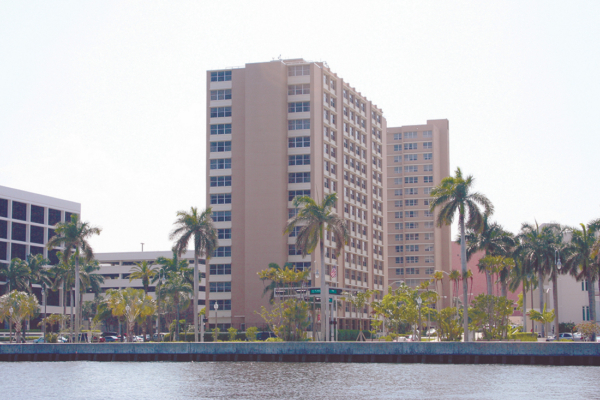 [Episcopal News Service] The Diocese of Southeast Florida is selling two high-rise apartment buildings in West Palm Beach that it has operated as affordable housing for seniors. The buildings – St. Andrews Residence and St. James Residence – will retain their affordable housing status through the U.S. Department of Housing and Urban Development under the new owner, the diocese said.

The buildings are under contract to be purchased by Related Affordable in about seven months, according to Aimee Adler Cooke, a spokesperson for the diocese.

“Preserving and extending the affordable designations of these two buildings for seniors for many years to come is one of the current owner’s (the Diocese of Southeast Florida’s) core missions and was the most important factor in searching for a qualified buyer,” Adler Cooke said.

“Related Affordable’s preservation plan for St. Andrews includes seeking an additional level of affordability for all of St. Andrews’ units, providing residents with rent security for the first time, and adding a rental subsidy that will protect residents from future rent increases. For both buildings, they will seek an affordability extension for 20 years, the maximum extension HUD allows.”

St. Andrews has been plagued with problems in recent years, including at least three instances of electrical malfunctions causing smoke or flames and reports of black mold. In June 2020, all 177 residents of St. Andrews were evacuated when the city declared the 15-story waterfront building uninhabitable. Most of them lived in hotel rooms paid for by the St. Andrews board while the building was repaired and were not able to return to the building until September. All residents had returned by early October, according to Southeast Florida Bishop Peter Eaton.