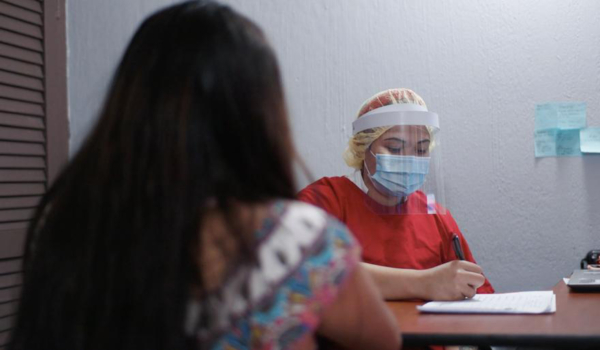 [Episcopal News Service] On March 13, 2020, two days after the World Health Organization declared a global pandemic, the staff of the Guatemala Youth Initiative began to strategize ways to continue to provide contraception, sexual education and maternal support to teens and young adults living around the largest landfill in Central America.

Led by Episcopalian Greg Lowden, the Guatemala City-based, Episcopal-supported nonprofit worked with its local partner organization, WINGS, to conduct telephone-based rather than in-person consultations. They set up contactless protocols to allow beneficiaries to pick up birth control at the youth center and clinic. GYI also moved its educational and parenting programs to online and instant messaging platforms.

“It could have gone either way,” Lowden, the executive director, told Episcopal News Service, meaning the pandemic could have forced GYI to shut down operations. Instead, in satisfying a need, it has “given us a chance to expand our programs during a time when youth need them most. [Nearly] all teen mothers are forced to drop out of school, and many of them face the challenge of caring for a newborn without support from their family or the baby’s father. Access to contraception is critical for young women.”

Guatemala has one of the highest adolescent birth rates in Latin America, which as a region ranks second in the world. In 2019, 7,992 girls ages 15 to 19 and 183 girls ages 10 to 14 in Guatemala City and its suburbs became mothers. In 2019, GYI and WINGS provided over 689 consultations for various forms of contraception, preventing an estimated 325 unplanned pregnancies. In 2020, despite the pandemic’s disruption of services, reproductive education and contraception prevented an estimated 400 unplanned pregnancies. In 2021, Lowden estimates this number will increase to between 800 and 900. These pregnancy prevention estimates are calculated using the Marie Stopes International Impact 2 instrument. 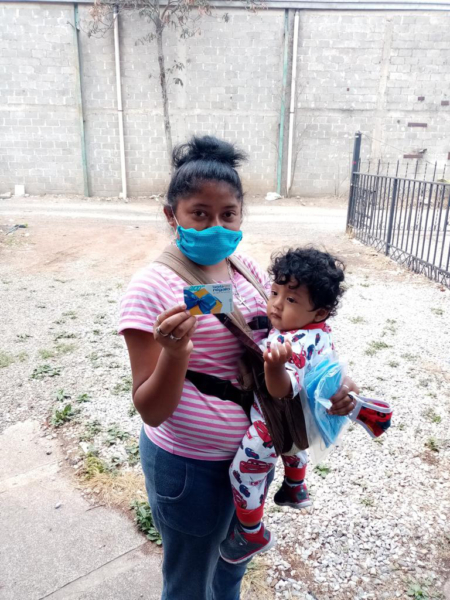 On Jan. 29, GYI opened a second, temporary clinic in a community on the landfill’s northern end. It opened its first youth center and clinic in 2018 on the southern perimeter of the landfill, where day laborers scavenge for scrap and recyclables. The laborers and their families live in 12-by-12-foot shacks constructed primarily of corrugated metal. Family dysfunction typically associated with extreme poverty — including drug use and physical and sexual abuse — is widespread, and teens often spend their time outdoors.

A government-imposed lockdown implemented early on to control the pandemic had its intended effect, with deaths and positive cases relatively low in Guatemala compared with the rest of the region, but the lockdown itself exacerbated existing problems. For instance, when local officials suspended day laborers from working in the landfill, residents in surrounding communities experienced increased food insecurity and the abuses intensified, said Lowden.

To meet families’ immediate needs, Lowden turned to Episcopal donors and supporters to ask for funds to provide food and water to 500 people.

Lowden reached out to supporters in the Diocese of Virginia, his “home base.”

“Our Episcopalian supporters are usually the fastest to provide help during an emergency. Thanks to them, we were able to get food into homes immediately after launching our relief campaign,” Lowden said.

By mid-July, GYI’s clinic reopened and began offering long-acting reversible contraception, as well as other methods of birth control. Demand soared to about 90 patients that month, up from the previous record of 50 or so patients in January and February, before the pandemic, though schools have remained closed and educational workshops have remained online.

“Now, we’re waiting on the government response and what they’re going to do with schools to figure out how we’re going to move forward” with workshops for students, Byron Paredes, an educator and coordinator with GYI, said.

At first, shifting in-person consultations and programs to an online format presented a challenge.

“[They were the] same topics, but totally different workshops because the way we do things is really hands on, and we had to adjust all that to working online,” Paredes said. “[But] the response is really, really positive. Our youth leaders kept referring people, and once they joined, they kind of remained loyal and kept signing up for the next [workshop].”

The shift online led to other modifications as well. For example, staff had to make sure the 81 participants in their Young Mothers Support Program (many of whom are teens) and 45 teen leaders had access to smartphones and enough data.

“The main issue we were seeing was data,” Lowden said. Without the costs of in-person workshops, GYI could provide mobile data to those in need and also began to share prerecorded, age-specific parenting videos weekly via WhatsApp, which grew its Young Mothers Support Program from 43 to 81 participants, he said.

GYI’s online classes – sometimes featuring a pediatrician, nutritionist or early childhood educator – cover parenting skills such as bonding, health, nutrition, and cognitive and motor development. They have been so popular that GYI plans to continue providing online workshops, even after in-person activities resume.

“Reaching more young mothers means more children are likely to have a happier and healthier life despite the many hardships faced in their community,” Lowden said. “Many young mothers near the landfill face the challenge of parenting with no guidance or support. The pandemic has made it dramatically harder, so having online classes and videos has been extremely appealing to the moms. They are able to take advantage of time at home towards early childhood development instead of being overwhelmed by motherhood.”

– Heather Beasley Doyle is a freelance journalist, writer and editor based in Massachusetts. Lynette Wilson is managing editor of Episcopal News Service.