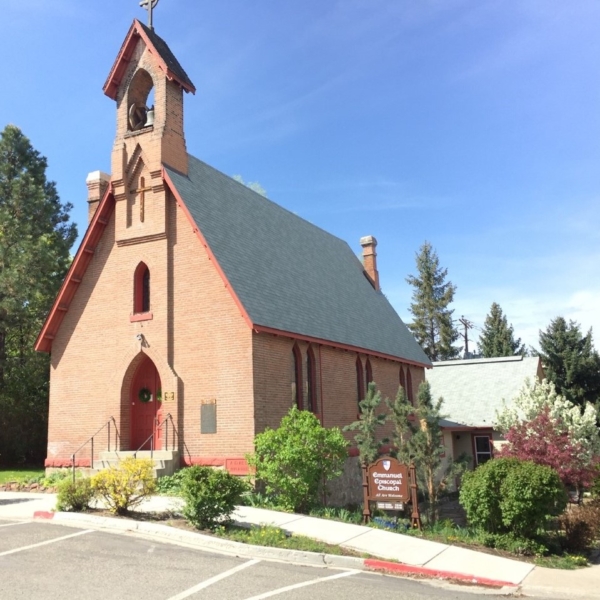 [Episcopal News Service] Emmanuel Episcopal Church in Hailey, Idaho, never ceased to be a place of worship, but for one month in 2019, it took on an additional role – indie film set.

The church’s role, as the primary set of the new film “Mass,” will be celebrated by Idaho Episcopalians on Jan. 30 as the movie is streamed online to ticket holders for its premiere at the renowned Sundance Film Festival, which is being held virtually this year. The Rev. Lea Colvill, who served as the church’s priest-in-charge during filming, told Episcopal News Service she will gather with a few others for a private digital screening at the home of a local makeup artist who worked on the film and is a member of the congregation.

“It’s a beautiful story about reconciliation, and it’s a curious thing that most of the people who were on the cast and crew have a relationship with The Episcopal Church,” said Colvill, now rector at St. Luke’s Episcopal Church in Idaho Falls. 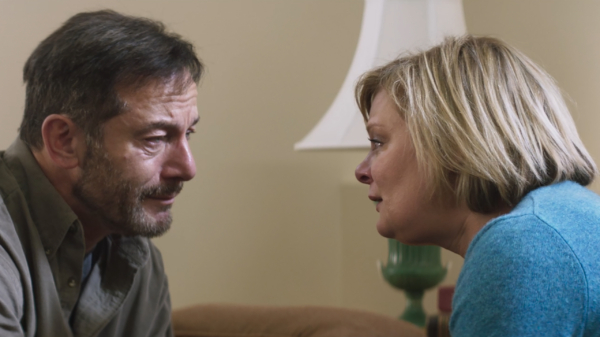 Director Fran Kranz chose to film “Mass” at Emmanuel Episcopal Church after he visited there in the summer of 2019. Colvill told ENS she was happy to give Kranz a tour of the oldest Episcopal church in the Diocese of Idaho, and during the tour, their conversation turned to the film he was developing, which tells the story of how the parents of a school shooting victim and the parents of the shooter come together to confront the personal impact of the tragedy years later.

Kranz said he thought the church and its parish hall would be a great location for filming, Colvill recalled. “And I said, ‘OK, let’s make a movie.’”

Also premiering at the 2021 Sundance Film Festival: “My Name Is Pauli Murray,” a portrait of the first Black woman ordained an Episcopal priest

That fall, the cast and crew took over much of the church for filming, though they paused on Sundays so worship services could continue uninterrupted. Colvill joked that her main responsibility was to make sure a neighbor’s dog’s barking didn’t ruin Kranz’s takes – the neighbor agreed to kennel the dog on filming days – but Colvill also provided some input on how the production could depict parish life and church spaces accurately.

Providing space for a movie about reconciliation after tragedy seemed a natural fit for the church, Colvill said. “It’s an important conversation,” she said. “The job of the church is to help people reconcile with each other and with God.”

The importance of those conversations was underscored during the filming by news of a real school shooting back in Southern California, which is home to some of the film’s crew. In Santa Clarita, a teen shot and killed two classmates and then shot himself.

Kranz chose to avoid depiction of the underlying violence in “Mass,” focusing instead on the lives of the survivors and their struggle to heal emotional wounds long after the attack. Much of the movie centers around the extended conversations between the two sets of parents.

“I always knew I couldn’t shoot this movie in L.A. or New York,” Kranz told the Idaho Mountain Express in November 2019. “I wanted to achieve a real sense of America, especially in the landscape, even though most of the movie takes place in one room.”

In addition to offering the church as the setting for those conversations, some local Episcopalians were invited to appear on screen, mostly notably in a scene featuring a church choir, Colvill said.

Supporting reconciliation efforts “might be some of the most important work I do in my life,” Colvill said, and she looks forward to the day, possibly toward the end of 2021, when “Mass” will have its local theater premiere for audiences in Hailey.