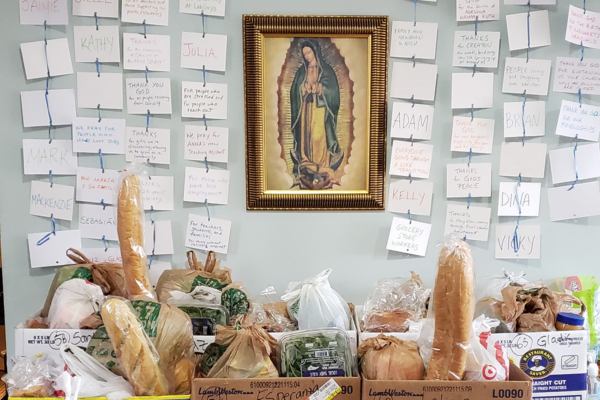 [Episcopal News Service] Abundant Life Ministries isn’t a traditional worshipping community – not yet, at least – but it has a growing congregation, made up of residents in the economically and racially diverse neighborhoods on the north side of Greensboro, North Carolina. Many need help navigating the health care system. The Rev. Audra Abt and her team of volunteers launched Abundant Life a year ago to provide that help by fostering connections between neighbors and health professionals over weekly meals.

After talking and praying with neighbors for several years, Abt realized they also craved nourishment of the soul and weren’t content to seek it during the traditional Sunday morning hour of worship in an Episcopal church. She said in an interview with Episcopal News Service that she hopes Abundant Life Ministries can help “break down some of our presumptions of what church should be.”

The Episcopal Church has backed Abundant Life’s launch with two $30,000 church planting grants, building on the Diocese of North Carolina’s support. The pandemic forced Abt in March to suspend the weekly community meals held at Church of the Holy Spirit, where Abt serves as a quarter-time vicar, but Abundant Life Ministries has continued to deliver meals and organize occasional outdoor Bible studies. Those efforts are now serving about 200 people.

Episcopal leaders are following that progress closely, “to partner with and learn from the Abundant Life community,” the Rev. Katie Nakamura Rengers, staff officer for church planting, told ENS in an email. “With Audra’s leadership, they are living out the ideal of ‘total ministry,’ in which people outside the walls are just as much part of the church as those inside.” 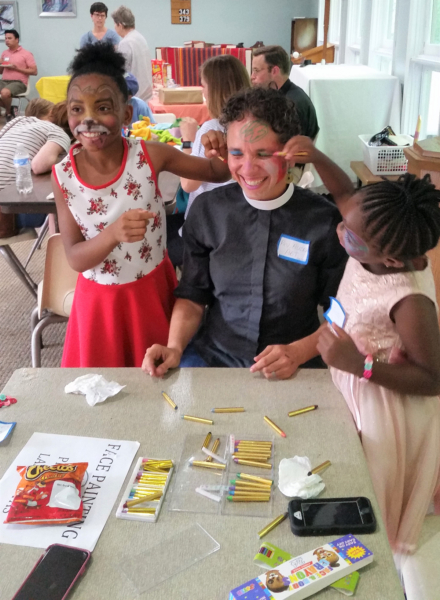 Abt was ordained in 2010 and spent several years as a parish priest. Early on, she worked with Latino families to form house churches, and that led her to a newly created diocesan missioner role in 2015. She began looking for ways to tie Greensboro’s eight Episcopal congregations more closely to people in their community. That call resonated with members of Church of the Holy Spirit and two other churches on the city’s north side. They joined Abt in venturing beyond the church walls.

“What if the whole north side of Greensboro was our mission field, with three worship centers?” Abt said.

A majority of those neighborhoods’ residents are Black, Abt said, and the rest are a mix of white, Latino and Asian American families. Decades of refugee resettlement also has shaped the community, with many families moving to Greensboro from West Africa and Latin America. Abt organized teams to go into the neighborhoods, knock on doors, introduce themselves and offer to pray with people.

Church members wrote down their neighbors’ prayers on cards to take back to the church, so that the whole congregation could join them in prayer on Sunday. Some prayers evoked common themes: Neighbors prayed for relief from physical pain, lamented their lack of health insurance and asked God to help them or their loved ones with mental illness and addiction.

“It all came out of the prayers, people just praying for people they loved,” Abt said. “But the theme of access to medical care was rising to the surface.”

One factor was the 2013 closure of the HealthServe Community Health Clinic, a free clinic that had served an estimated 20,000 low-income Greensboro residents. There were other clinics, but their capacity was limited. Greensboro’s Episcopal churches couldn’t meet those needs directly, but parishioners wanted to help somehow.

While volunteering as a chaplain with a group serving refugees, Abt connected with Dawn Beazer, a retired nurse with a background in behavioral health and trauma therapy who is a member of Holy Trinity Episcopal Church in downtown Greensboro. Beazer and Abt agreed to work together in organizing modest health fairs at Church of the Holy Spirit. 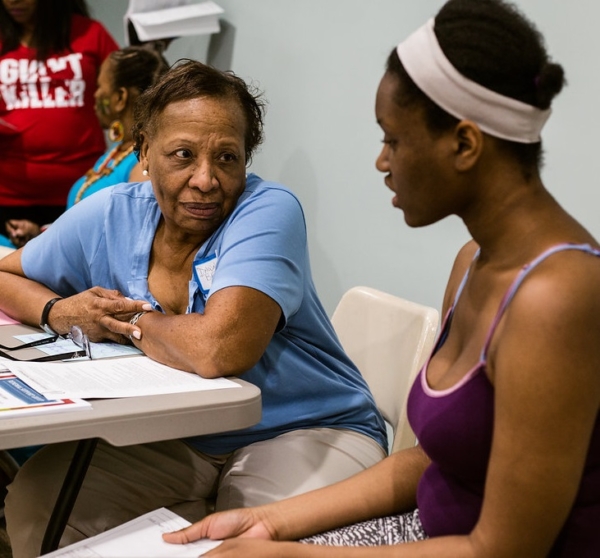 The five health fairs in the summer and fall of 2018 each drew 80 to 150 people to the church, Abt said, including some of the neighborhood residents who had been praying with church members. Representatives from local agencies and organizations set up tables and met with residents to discuss available health services.

Beazer sat at a table, too, and engaged people in conversations about their health. Abt marveled at how people were drawn to Beazer as she spent all day listening to their stories and identifying services available to them.

“There was clearly a rapport that happened quite quickly,” Abt said. “What I saw going on at that table was not just health access as a service provided. It was a ministry.”

Abt, Beazer and other church members began discussing next steps. They started a feeding ministry partly because the neighborhoods surrounding the churches were food deserts, with limited access to healthy, fresh food. This ministry, however, would emphasize relationships just as much as the food.

On a Tuesday evening in March 2019, Holy Spirit hosted its first weekly dinner with about 15 people. Food was served buffet style, along with healthy helpings of friendly conversation. Beazer advised guests on health care access through her participation in Cone Health’s Congregational Nurse Program, which is focused on faith-based community outreach.

Beazer told ENS she saw herself as bridge between the health care system and residents who were struggling to navigate it. The experience has been a godsend for her, too. “It has really fulfilled me, that I’m doing something, putting my skills to work,” she said.

Abt didn’t intend to incorporate Scripture at these gatherings, but by the third week, as the group swelled to 50 people, some guests began asking for Bible study. “I’m not going to say no to that,” she recalled. The name Abundant Life Ministries stemmed from one of those Bible studies as they examined John 10:10, in which Jesus says he “came that they may have life, and have it abundantly.”

Holy Spirit’s pre-pandemic Sunday services typically drew no more than 30 people, a mix of African and Caribbean immigrants, African Americans and white members. The congregation had been supportive of the new ministry, but some in the core ministry team saw an opportunity for a new worshipping community. Abt shared that vision: “What if a new community is taking shape here, and what if it needs to form apart from Holy Spirit in order to express the life that God is dreaming of?”

Abt conferred with diocesan and churchwide officials, who offered organizational and financial support, and Abundant Life Ministries officially launched in January 2020.

“Abundant Life has been able to thrive in its early stages as a new mission,” North Carolina Bishop Suffragan Anne Hodges-Copple said in a written statement for this story. “Everyone involved in building this new community is also being transformed in their own lives. The fruit or evidence of this transformation is in how dramatically and creatively the mission has grown and innovated its capacity to feed people in mind, body and spirit during the pandemic.” 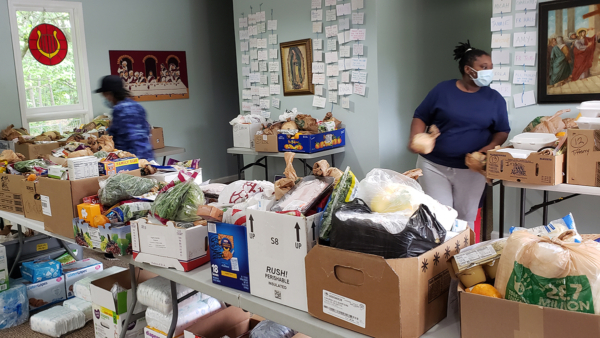 When the pandemic hit in March, gathering for meals was no longer an option. With many neighbors losing jobs in the economic downturn, their needs were greater than ever, Abt said. She and ministry volunteers formed a plan to safely deliver food to people’s homes, and over the summer, small groups convened outdoor Bible studies in the neighborhoods. And Beazer, unable to chat with neighbors over meals, began scheduling “clinic hours” every Tuesday at Holy Spirit so she can continuing advising them on health matters.

They look forward to the day when conditions improve enough so the communal meals can resume. In the meantime, the ministry is developing partnerships with Cone Health and nursing degree programs to strengthen relations between health care professionals and neighbors who need care.

“We’re excited to kind of share what we’ve learned about how to do that,” Abt said. One of her guiding principles is that health is “a community project and not just an individual problem.”