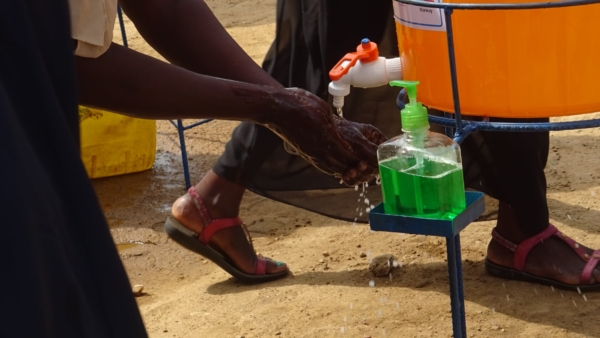 [Episcopal News Service] The Episcopal Church’s mission work in Africa is adapting to COVID-19, but those who coordinate it are concerned that the pandemic will disrupt, or even reverse, progress that had been made in other areas of critical need. As serious as COVID-19 is, its indirect effects on other health issues, education and gender equality could be more devastating in the long term.

“Infections don’t seem as high, but there’s also anecdotal evidence that COVID just arrived later,” Nelson told Episcopal News Service. “And the numbers are not as well documented. People may not be hospitalized at the same rates, but they never would have been anyway because the hospital systems are not as robust.”

Bishop Richard Aquilla of the Diocese of Nzara in the Episcopal Church of South Sudan told ENS that “COVID-19 has disrupted every activity in the diocese.”

“COVID-19 has affected the mission work badly, because when the first cases of it started in March this year, there was lockdown everywhere,” Aquilla said. “No gatherings or church activities were taking place.”

There are factors that have worked in Africa’s favor, though. Africa has avoided the disastrous fates of some European countries and the United States. The 2.2 million cases and 53,973 deaths reported in all of Africa as of Dec. 7 are about the same as France’s totals and about six times lower than the U.S. totals.

The Rev. Paul Feheley, The Episcopal Church’s interim partnership officer for Africa, credits the swift action of African governments and citizens, who had already established protocols for testing, prevention and education in place from other epidemics like Ebola.

“A lot of African governments took what we consider pretty dramatic action right at the beginning – social distancing, hand washing, masks – and got really high public support for doing that. One of the polls that I looked at in terms of public support had people complying at an 85% rate. You could compare that to other countries … and that’s pretty high,” he said.

Circumstantial factors may also have helped limit the spread of the virus, Feheley said, like a younger population; the median age in Africa is 20, much younger than other regions.

“Only 3% of the African population is over 65. And they don’t [generally] have old age homes, seniors’ residences, retirement homes, all of which will [spread the virus]. When people have finished working, particularly if they’ve been in the urban areas, they return to their rural roots.”

One major concern held by Episcopalians engaged in African mission now is that COVID-19 will make the logistics of other medical efforts – like the prevention of malaria and polio through mosquito nets and vaccines, respectively – much harder.

“Lockdowns have impacted logistics around the world,” Nelson said, “particularly in the health sector. The provision of insecticide-treated bed nets, which is a really big initiative that’s ongoing in Africa, is slowed and delayed and deprioritized. There’s some indication that child immunizations are also not as forceful this year or … the number of children getting immunized is less than it has been in previous years.”

And in a region where millions die from treatable diseases like tuberculosis and HIV because they don’t have access to medicine, “the health infrastructure is also struggling to keep up with all of the needs,” Nelson said.

“One of the huge concerns of the public health community is, is the global focus on COVID going to shift funds and support for things like [HIV medication], which is really keeping huge portions of the population alive in the world.”

While the lockdowns lessened the severity of the pandemic, there was collateral damage to education and gender equality. The closure of schools “exposed girls and young women to a variety of very, very difficult experiences,” Feheley said.

“Families began to marry their daughters off at very young ages. This is an ongoing problem, of course, in Africa. But COVID just simply made it that much worse,” he told ENS. “What was happening was they needed a strategy to cope with economic hardship, and they wanted to reduce the number of household dependents.”

Marriage, Feheley said, may offer short-term security, but those girls and young women are unlikely to ever return to school. After decades of progress in educating girls, the pandemic “has put it back at least 10 to 15 years.”

Sexual violence and gender-based violence, which have been a longstanding focus of Anglican mission work in Africa, are now “turning backwards,” Feheley said.

“After COVID had been reported and schools closed, a third of all crimes reported in Kenya were related to sexual violence,” he said. “In South Africa, a 37% increase in the first week of lockdown. Sudan, Liberia, Nigeria, Uganda, Zimbabwe, all of them had a spike.”

Then there is the financial impact of the pandemic on humanitarian ministries. Funds have to be diverted from other mission projects to pay for personal protective equipment, Nelson said, but while some institutions are suffering from investment losses and declines in donations, that hasn’t been as much of a problem for Episcopal Relief & Development.

“Episcopal Relief & Development right now is holding its own when it comes to our income,” Nelson said. “Donors have been very generous. They’ve been very generous both for COVID-specific funds as well as for our other activities. We’ve also seen other foundations and partnerships really step up. So there are these pockets of support and generosity that we’re able to tap.”

One of those partnerships is with Trinity Church Wall Street, which has a long history of funding humanitarian work in Africa and around the world. This year, Trinity made 36 emergency response grants to support Anglican dioceses and organizations in Africa, the Caribbean and South America, ensuring access to essential supplies. Trinity also awarded a grant of over $1 million to Episcopal Relief & Development to support its international pandemic response.

“With the support of Trinity Church Wall Street, we’re reaching half a million people in COVID response internationally with food and protective equipment. There’s a massive global mobilization program happening right now through the church and through our work,” Nelson said.

Episcopalians are also supporting mission work in Africa through the United Thank Offering and direct connections between dioceses. In October, UTO awarded a $3,600 grant for an emergency campaign against COVID-19 in the Episcopal Church of South Sudan’s Diocese of Nzara. The diocese also has a partnership with the Diocese of Iowa, which contributed an additional $3,000. 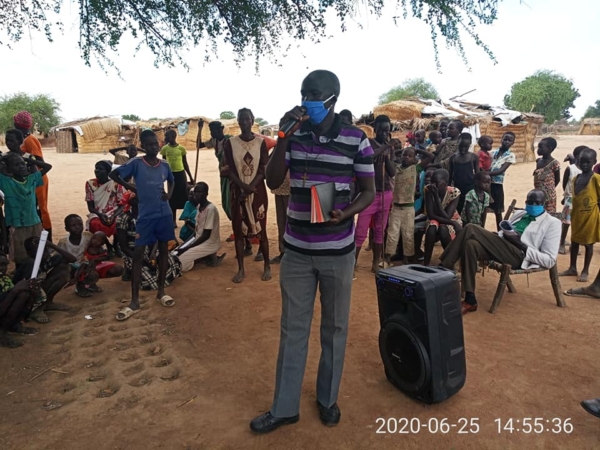 That grant, even though the amount is small, has enabled the diocese to take a proactive approach to preventing the spread of the virus, said Ray Gaebler, the Diocese of Iowa’s partnership coordinator.

“The main thing they’re doing is they are deploying a network of pastors, Mothers’ Union [members] and young people to spread the word on COVID safety,” Gaebler told ENS. “They’ve been distributing masks, they’ve been preaching safety measures, things like that.”

They’re distributing more than masks, though, Aquilla, the bishop in Nzara, said. When they visit parishes in rural areas, they also “encourage the believers not to give up their faith in God.”

Aquilla said he and the diocese are deeply grateful to their friends in Iowa and to the UTO for standing with them in a time of need.

“I would like to appreciate our companion Diocese of Iowa which really stands with us till this time,” he told ENS. “I thank God and appreciate the UTO, who have done a wonderful job in Nzara.”