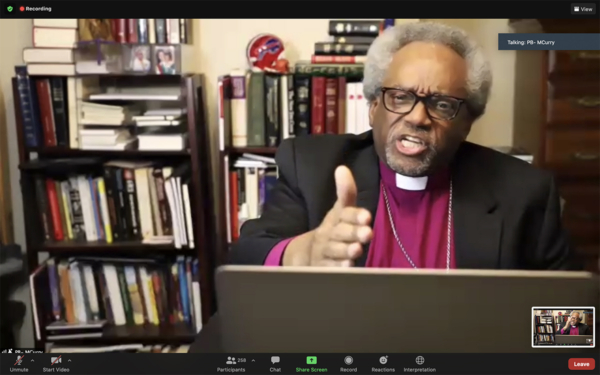 [Episcopal News Service] Against a backdrop of the global COVID-19 pandemic and social, economic, political and racial upheaval – including conflicts over policing in the United States – Episcopalians and Anglicans from across the African diaspora gathered virtually to proclaim: “We are woke and ready to go.”

Several hundred viewers joined the Nov. 10-12 International Black Clergy Conference, themed “The African Diaspora United: Woke and Ready to Go,” organized by The Episcopal Church Office of Black Ministries. The conference included multilingual worship and provocative conversations and sermons that addressed Scriptural themes such as “pray and watch, rise and go,” taken from Mark 14:38-42. Laity were invited to join the conference on the final day.

“We know we have challenges out there that we have to face,” said the Rev. Ron Byrd Sr., The Episcopal Church’s missioner for Black ministries. The conference, he said, was intended to strengthen congregations and relationships across the African diaspora and to highlight a new direction, new programs, resources and even a name change for his office. 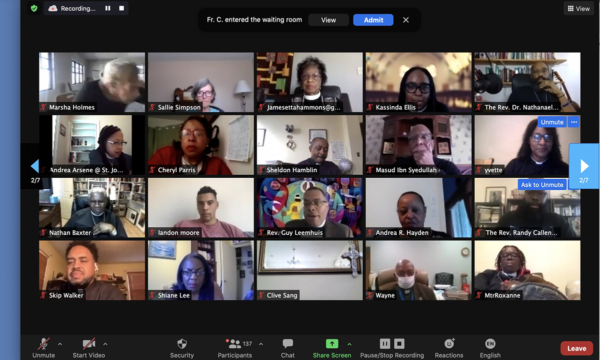 A diverse group of clergy and laity from around the world joined the conference.

Curry said the international gathering felt like a family reunion. Being woke, he said, is what the first chapter of John’s Gospel describes when it says, “the Word became flesh and dwelt among us.” From his home in Raleigh, North Carolina, the presiding bishop told the gathering, “We need to be a seven-day-a-week church.”

The real gospel “will show us the way for us to be free and for us to be agents of setting other folks free. That’s the joyful liberty of the children of God,” Curry said.

Or, in the words of Wright, who recalled the image of the prophetess Miriam dancing for joy after the escape from Egypt in Exodus 15:20-21, “Did you bring your tambourine?”

Hudson-Wilkin said she participated in demonstrations in the United Kingdom in the wake of George Floyd’s death at the hands of Minneapolis police. “As part of the African diaspora,” she said, “we have been there as a people, experienced and still experiencing oppression … because as long as there is one person from the African diaspora experiencing oppression, then we are too.”

And yet, she added, “We do have a message to proclaim. A message of liberty and release. We cannot just stand at the street corner and proclaim it. We have to engage with the authorities in our proclamation in order to see and bring in the changes that are needed.”

Similarly, Elizabeth Henry, the chief executive of the advocacy group Race on the Agenda, shared images of Black Lives Matter advocates in Bristol, England, toppling a statue of a civic leader and former slave trader after “we saw and we witnessed and we heard our brother pleading, ‘I can’t breathe.’ That statement has, across the world, become symbolic around oppression and exclusion,” she said.

The Very Rev. Kim Coleman, national president of the Union of Black Episcopalians, said hearing about the struggle for racial justice in the U.K. “reminded (us) of the common ground that binds us together and extends beyond our identity as Episcopalians and Anglicans.”

“On the other hand, it is invigorating to be reminded that today, right now, we are being called to make our gift of Blackness count towards achieving justice for others who bear the burden of color-based oppression,” Coleman said. “If I am nothing else after attending this conference, I certainly am ‘woke and ready to go.’”

The church as thermostat, not thermometer

During a prerecorded conversation on Nov. 11, Curry and the Very Rev. Kelly Brown Douglas, dean of Episcopal Divinity School at Union Theological Seminary in New York, discussed what the church might learn from the Black Lives Matter movement.

“We have to learn from those people on the ground,” Douglas said. “Martin Luther King said that, instead of being a thermometer, the church needs to be the thermostat. To set, in essence, the temperature. That’s where we have to get to, to lead the way” in the creation of just and safe communities.

Regarding the COVID-19 pandemic and political and societal upheaval, she asked: “How are we setting the thermostat in all this?”

“We are stepping into a legacy of people who fought for freedom even when they knew that the freedom that they were fighting for was a freedom they would never ever see. But they fought for that freedom anyhow. They believed in the freedom that was the justice of God. That has to haunt and to inspire all of us who are in this diaspora of people blessed with ebony grace,” Douglas said.

Byrd said the conference was intended to build on his highest priority since he became missioner for Black ministries two years ago: “to work toward ensuring an inclusive face for all persons of the African diaspora.”

The office has established eight convocations representing diasporic diversity and hosted its first gathering, of East Africans, in Los Angeles, California, in 2019. “Plans are underway for a second, with the South Sudanese, for April in Kansas City, Missouri, COVID allowing,” he said.

The name change was proposed because, “In our context, the descriptor ‘Black’ is often considered as referring to African Americans,” he said. “This has been perhaps an impediment for some members of the diaspora from engaging, participating, from feeling a sense of welcome and inclusion.”

The Office of Black Ministries continues to provide resources and support to congregations across the diaspora, he said. His office’s Healing from Internalized Oppression program continues to address “the way we treat one another,” Byrd said, as well as issues of conflict and isolation that create dysfunction in churches.

Additionally, the Rt. Rev. Edward Ambrose Gumbs, bishop of the Virgin Islands, told the gathering that Byrd has been designated an honorary canon of All Saints Cathedral in St. Thomas and that the Rev. Sandye Wilson will begin serving as interim dean there in January.

All conference presentations will be available for on-demand viewing on the Office of Black Ministries page.

– The Rev. Pat McCaughan is a correspondent for Episcopal News Service. She is based in Los Angeles, California.