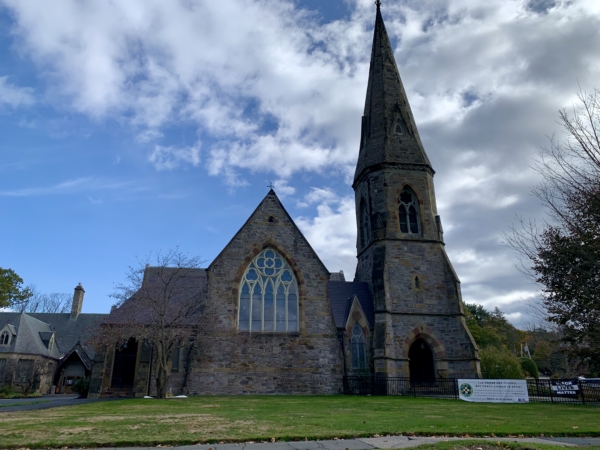 [Episcopal News Service – Newton, Massachusetts] On a morning when tensions were high and nerves frayed across the United States – with fears of voter intimidation, voter suppression and even violence – Grace Episcopal Church was an oasis of quiet calm for the voters who trickled in.

The stately stone church overlooking a park in this Boston suburb serves as one of the town’s polling places. Around 10:30, a few hours after the polls opened, there were no lines, no opposing crowds of sign-waving supporters. In fact, it was extraordinarily quiet, with a slow stream of voters going in and out, but that didn’t indicate voter apathy. In Massachusetts, 2.3 million people had already voted by Election Day – about 70% of the total turnout in 2016. 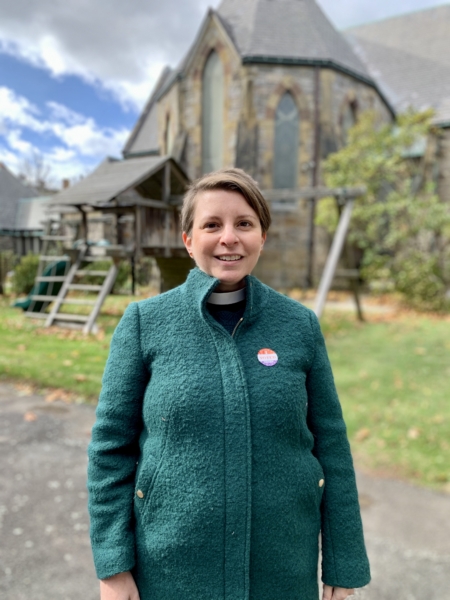 That includes the Rev. Regina Walton, Grace’s rector. She voted early in nearby Arlington, where she lives. But she and Rowan Larson, Grace’s youth minister and parish administrator, were at the church overseeing operations. The church has been a polling place since 2016, when the town chose Grace to replace a polling place at a fire station, largely because it is easily accessible for handicapped people, Walton said.

Town workers came early in the morning to set up voting booths in the parish hall, but the parish also did some setup of its own. The traditional Election Day bake sale was underway at a table just inside the entrance, although this year, the baked goods were prepackaged to prevent coronavirus transmission. All proceeds are donated to the local food pantry.

“That’s one of the ways we try to just be a good neighbor,” Walton told Episcopal News Service.

“At the March primary, right before the COVID lockdown, we raised about $600 for the food pantry, and with the timing of when they received that check, they were inordinately grateful,” Larson said. 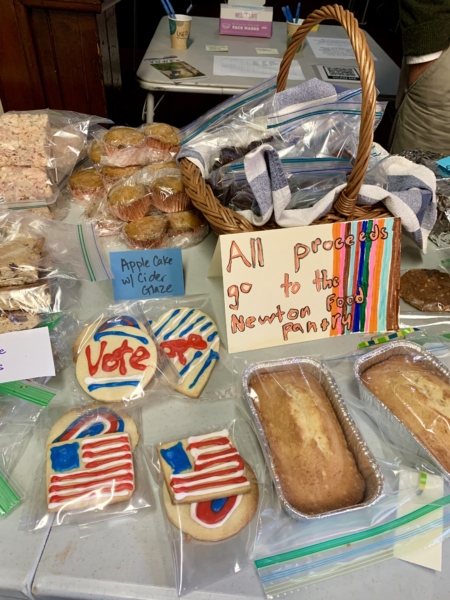 Coronavirus precautions are the biggest obvious difference from previous elections at Grace. Masks are required to enter the building, and hand sanitizer is provided. While the parish hall is safe for a small number of people to be in at the same time, the sanctuary, which has very little ventilation, is not safe to hold services in, Walton said. On Nov. 1, Grace held its first in-person worship service in eight months, on the front lawn, with snow still on the ground from a storm a few days earlier. Walton said she is planning to continue holding short outdoor services through the winter.

Although Grace’s sanctuary was closed, some other churches opened temporarily for public prayer on Election Day, including Washington National Cathedral, which also announced it would host a livestream “Service for Healing, Unity and Hope” at noon Eastern time on Nov. 4.

Having Grace as a polling place increases its visibility in the community, and even though there is no evangelizing, it does get people in the doors and familiar with the parish. A local dance instructor started renting space at the church for performances after voting there, Larson said.

“It has made us much more known in the community,” Larson said. “I do get calls and emails from people who say, ‘Oh, I know your church because I voted there’ and then have whatever other question they have, throughout the year.” 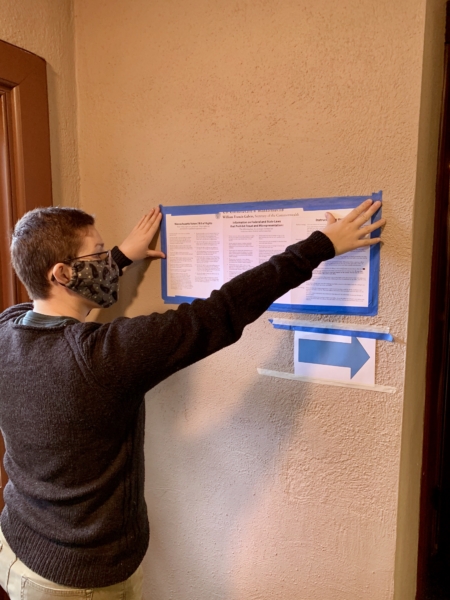 “A lot of people do appreciate the opportunity to donate to the food pantry – they see friendly people from the church there at the baked goods table, and I’m often around. I always wear my collar, just so people sort of know who I am and that we have a woman priest here,” Walton said.

This year, having a polling place at Grace stands to benefit the church as it petitions for public funds to restore its bell tower, which is in critical disrepair. Architect and vestry member Scott Aquilina was available at a table near the entrance to answer questions people might have about the project or the petition, which is not on the ballot but will go before the city council.

“Being a polling place is really meaningful to the city councilors, in particular, because it was just another point of evidence that we’re vital to the community and we’re engaged in the community,” Aquilina said. 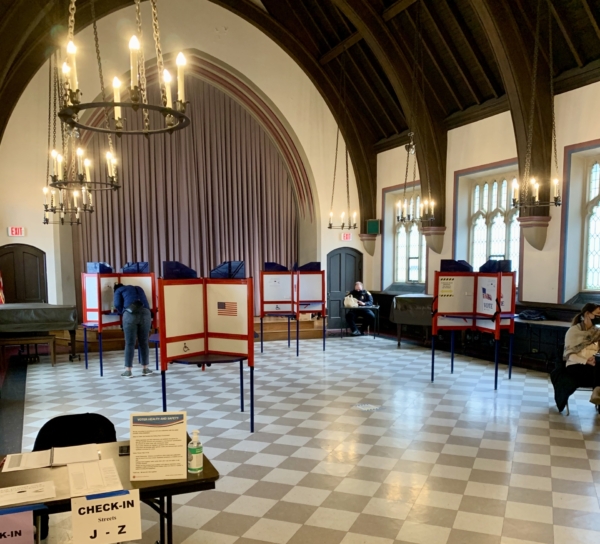 Aquilina, Larson and Walton were pleased, but not surprised, that things were going smoothly on Election Day, although there was one thing that Larson missed.

“One thing I do miss this year is that parents aren’t bringing their kids as much, especially their younger kids. There are usually lots of babies and toddlers that come to vote. It makes me sad!” Larson said. “I mean, I am a children’s minister. I like seeing kids.”

Overall, though, spirits were high, and the only sounds that could be heard were quiet conversations by the entrance, occasional laughter, and the rustling of paper ballots and plastic cookie wrappers.

“We have this giant space, we have an accessible space, and it’s nice to be able to offer it for something that’s really, really important in community life,” Walton said.