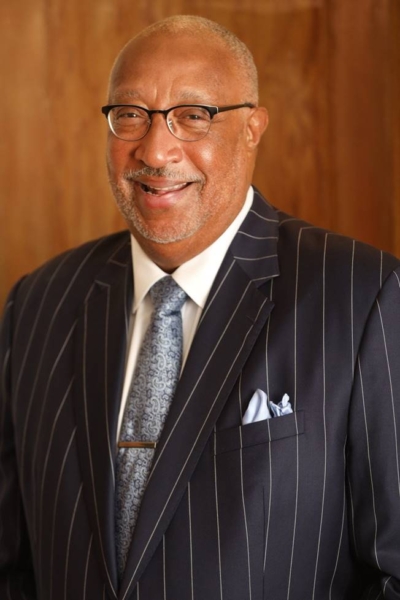 [Episcopal News Service] The campus community at Saint Augustine’s University in Raleigh, North Carolina, is mourning the loss of Irving Pressley McPhail, who died Oct. 15 of COVID-19 just months into his tenure as president of the historically Black college, which was established in 1867 by The Episcopal Church.

McPhail took over as president on July 15 and “made a memorable and positive impact in moving the university in the direction of being a ‘Learning Centered’ campus,” Saint Augustine’s said in announcing his death. Maria Lumpkin was named interim president.

Video posted to the school’s Facebook page shows mourners on Oct. 16 placing flowers on the porch of the president’s residence. The Rev. Hershey Mallette Stephens, dean of the campus chapel, also led a prayer vigil outside the residence. A memorial service at the chapel is scheduled for Oct. 27 and will be livestreamed on Facebook.

Saint Augustine’s is one of two historically Black colleges – the other is Voorhees College in Denmark, South Carolina – that receive financial support from The Episcopal Church reflecting their Episcopal roots. The church’s last two triennial budgets included more than $1.6 million for Saint Augustine’s and Voorhees.

The church’s longtime support was cited in December 2018 as a factor in Saint Augustine’s success in turning the corner on its financial struggles and enrollment decline. Its accrediting agency had just taken the institution off probation. The next month, President Everett Ward announced he was retiring after five years.

McPhail drew on his years of experience in higher education administration when he took over as president this year. He had been in quarantine since mid-September after coming into contact with someone with COVID-19, according to the Charlotte Observer. An Oct. 12 update from the university, which noted that McPhail had not contracted the virus on campus, said he was recovering at a local hospital. He died there three days later.

“The loss is insurmountable,” James Perry, chair of the university’s Board of Trustees, told the Observer. “I learned from his wife that this was his dream job. He was committed to the students. He was one of those rare individuals with transformative leadership qualities. He was a person of strength and humility and vision, and he had an action plan to take the university where it needed to go.”

McPhail is survived by his wife, Christine Johnson McPhail, and their son and daughter, as well as several grandchildren.