[Episcopal News Service] A federal judge sentenced Gregory Lisby, a former priest in the Diocese of Western Massachusetts, to six years in prison on Sept. 18 for possession of child pornography. 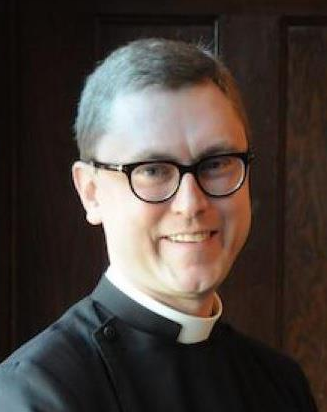 Lisby, 41, pleaded guilty to one count of possession of child pornography in February. He was arrested in September 2019 after the FBI found nearly 200 images and videos of child pornography stored in a Microsoft account he used, according to court records. Lisby was then working as a kindergarten teacher in a public school in Holyoke, Massachusetts, having been suspended in 2018 from his position as rector of All Saints Church in Worcester “for an inappropriate relationship with an adult that did not involve sexual contact,” Western Massachusetts Bishop Douglas Fisher wrote in a letter to the diocese shortly after Lisby’s arrest.

In court, Lisby’s lawyer also admitted that Lisby had had sexual contact with a 16-year-old boy, the Worcester Telegram & Gazette reported, though it was unclear whether this was the same incident the diocese referred to in February when it announced it had “received devastating credible evidence” that Lisby sexually abused a teenager. However, Lisby was not charged for the sexual encounter because the boy had just turned 16, the age of consent in Massachusetts, though the judge allowed the prosecution to use the incident to argue for an enhanced sentence.

The Rev. Vicki Ix, the diocese’s communications director, told the Telegram & Gazette that she did not know whether this was the same teenager the diocese had referred to in February because the court had not shared the identity of the boy with the diocese.

In court, a prosecutor described the content of the images found in Lisby’s online account as “extreme abuse” of children as young as preschoolers. Lisby apologized to victims of child pornography and the teenager with whom he engaged in “inappropriate behaviors,” and accepted blame for his actions.

In a statement the same day, Fisher said that Lisby was removed from the priesthood in February and even after he is released from prison, “he will not be permitted any contact with congregations in this diocese without my permission, or that of my successor.”

“We grieve, especially today, for children and youth who are trafficked and abused in this unspeakably evil trade,” Fisher said. “We pray for an end to their suffering. We pray, too, for Mr. Lisby’s family and for the people of the church and the community who have been wounded by this crime.”

At the time of his arrest, Lisby had been living with his husband, the rector of a different church in Worcester, in that church’s rectory with their two children. Fisher said Lisby’s husband has filed for divorce and “is in no way implicated in any of these charges.”