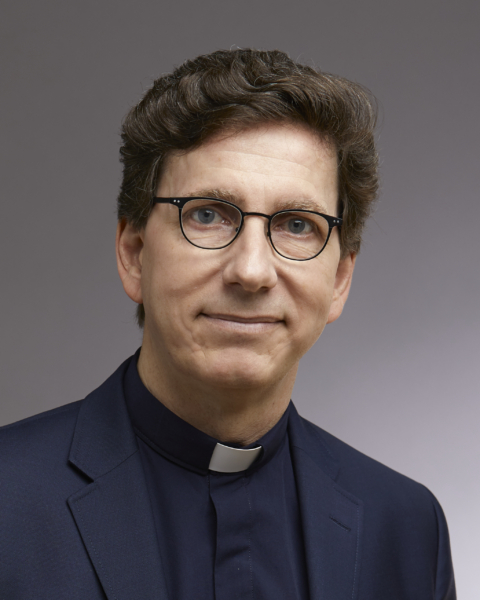 Chandler is the rector of the Anglican Church in Qatar (The Church of the Epiphany & The Anglican Center) in the Persian Gulf, a church that hosts 85 other church congregations of varying sizes, in addition to its own. Serving as an appointed mission partner with The Episcopal Church, he is an Episcopal priest, author, peace builder and art curator. He grew up in Senegal, West Africa, and has lived and worked around the world in leadership roles with The Episcopal Church, faith-based publishing, the arts and Christian relief and development agencies. He is also the founding president of Caravan, an international peace building nonprofit closely associated with The Episcopal Church that uses the arts to build sustainable peace around the world and which has held several strategic interreligious art exhibitions throughout Wyoming.

Chandler was elected on the second ballot out of a field of three nominees. He received 52 votes of 89 cast in the lay order and 53 of 70 cast in the clergy order. The electing convention was held at the Casper Events Center in Casper, Wyoming.

The bishop-elect addressed the convention attendees via Zoom from Qatar, where he is in a brief quarantine due to COVID-19 concerns because of his recent visit to the United States.

“I’ve never had a day like this,” he said. “I am profoundly humbled and look forward to serving with all of you.”

Chandler thanked “everyone who had prayed during the election process.” And he emphasized, “I will appreciate the privilege of working alongside you.”

The Electing Convention had many changes due to COVID-19. Only designated voters were allowed to attend. The convention was livestreamed through Facebook, and voting was done by electronic means.

The election requires consent from the majority of diocesan bishops and standing committees. Assuming that consent is received, Presiding Bishop Michael Curry is scheduled to ordain Chandler as the 10th bishop of Wyoming on Feb. 13, 2021, in Casper, Wyoming.

The Episcopal Diocese of Wyoming is made up of 46 churches with approximately 6,500 members throughout the state of Wyoming.

The other nominees were the Rev. David Duprey, an active-duty Navy chaplain, and the Rev. Mary Erickson, associate priest at St. John’s Church in Jackson, Wyoming.

More information can be found at diowy.org.