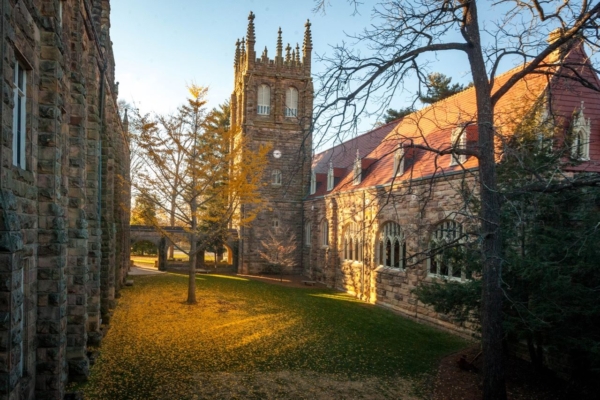 The campus of Sewanee: The University of the South in Sewanee, Tennessee. Courtesy photo

[Episcopal News Service] The University of the South, the Episcopal college and School of Theology in Sewanee, Tennessee, stepped up its racial justice and reconciliation efforts on Sept. 8 with the release of statements denouncing its past association with the Confederacy and committing “to an urgent process of institutional reckoning.”

“The University of the South categorically rejects its past veneration of the Confederacy and of the ‘Lost Cause,’” the university’s Board of Regents wrote, pledging to “make Sewanee a model of diversity, of inclusion, of intellectual rigor and of loving spirit in an America that rejects prejudice and embraces possibility.”

Vice Chancellor and President Reuben Brigety II also announced a new round of initiatives intended “to lead in embracing equality and inclusion.” These include recruiting more students and faculty from underrepresented communities; continuing its research-based truth and reconciliation program; ensuring that “the full history of the South” is presented; and creating a commission that will evaluate memorials, buildings and place names on campus. 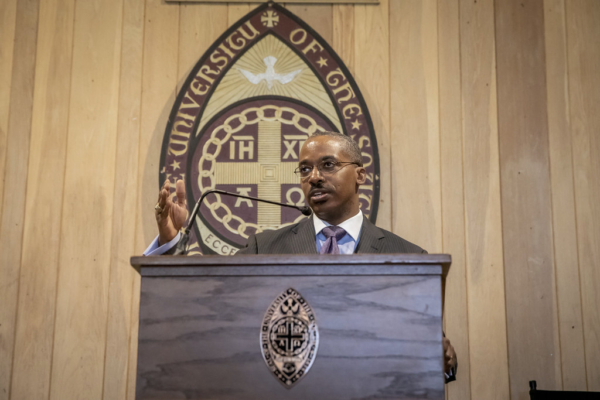 Reuben Brigety II, vice chancellor and president of Sewanee: The University of the South, speaks at the university on Feb. 28, 2020. Courtesy photo

Brigety wrote that this is the first time Sewanee leadership has “so clearly and powerfully” repudiated the racism that has haunted much of the university’s history. “By facing up to our past, we embrace the promise once and for all of moving beyond it.”

Sewanee’s connection with white supremacy dates back to its founding in 1857 by southern dioceses of The Episcopal Church that wanted to establish a “slavers’ university, to represent the interests of a slaveholding society,” according to Sewanee history professor Woody Register.

For nearly four years, Register has served as the director of Sewanee’s Roberson Project on Slavery, Race, and Reconciliation. While the six-year research project is ongoing, the students and faculty working on it have delivered a preliminary research summary to the university leadership.

Among its findings are that Sewanee “was the only institution of higher education designed from the start to represent, protect and promote the South’s civilization of bondage; and launched expressly for the slaveholding society of the South.”

The summary also describes early Sewanee as “a child of the Confederacy,” with key leadership roles typically filled by men who had been slave owners, defenders of slavery and Confederate military leaders. The university also received key financial backing from donors whose fortunes derived from some of the South’s largest slavery-based plantations.

“There remain many buildings and monuments on Sewanee’s campus that memorialize slaveholders or supporters of the Confederacy, articulators of scientific and other theories of white supremacy, and defenders of Jim Crow segregation,” the Roberson Project said.

Sewanee also refused to admit African Americans for nearly a century, and the university’s administration only allowed the School of Theology to accept its first Black student in 1953 after all but one of the theology faculty members resigned in protest of the university’s racially exclusionary policies.

In recent years, Sewanee – which is still owned by 28 Episcopal dioceses – has sought to reckon with its white supremacist past through research and by moving or removing Confederate memorials on campus. The new statement builds on those efforts with a more forceful renunciation of that part of Sewanee’s past.

“At its worst, the university has been associated with the most repugnant aspects of our national and regional history,” the regents wrote. “We are not flinching from that hard truth, for the truth, as we were assured long ago, can make us free—free from the prejudices and the passions of the past.”