[Episcopal News Service] Annual commemorations of the life of Episcopal martyr Jonathan Myrick Daniels shifted online this year due to the coronavirus pandemic, with church leaders participating from New Hampshire to Alabama. 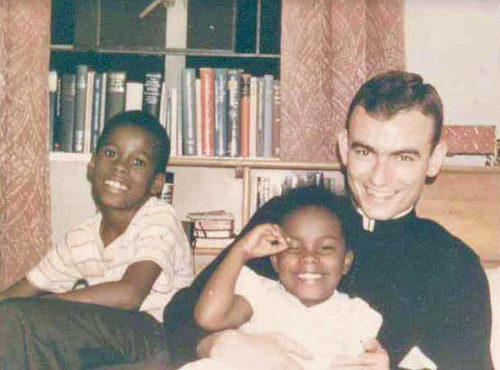 During his time in Alabama, Jonathan Daniels lived with the West family in Selma. The family, Alice West has said, kept their doors open to so-called “outside agitators” working in the civil rights movement. Daniels became a part of her family, she said. Photo: Archives of The Episcopal Church

Daniels, a 26-year-old seminarian originally from Keene, New Hampshire, was killed Aug. 20, 1965, in Hayneville, Alabama, near Selma, where he had joined others advocating for African Americans’ civil rights. When a white, part-time deputy sheriff confronted Daniels and other activists at a small store, Daniels shielded 17-year-old Ruby Sales from the deputy’s shotgun blast, taking the fatal wound himself.

“He was representative of a number of people from our church and tradition who were deeply involved in the nonviolent movement to change American society, and that’s a story that’s not often known even among Episcopalians,” President Bishop Michael Curry said during an online conversation with clergy at St. James Episcopal Church, Daniels’ home church in Keene. New Hampshire Bishop Rob Hirschfeld also participated.

“Jonathan Daniels is someone who was an ordinary, normal seminarian who actually paid attention to the Gospel of Jesus and then did something about it,” Curry said in video of the St. James commemoration. “I just know that when he sensed a call deep within, he responded.”

(Curry also talks about Daniels with Sales, a leader in the civil rights movement, in a recent episode of his “Way of Love” podcast.)

Daniels is commemorated in the Episcopal calendar on Aug. 14. After graduating from Virginia Military Institute as class valedictorian in 1961, he enrolled in graduate studies at Harvard University but soon felt a call to ordained ministry and began attending Episcopal Theological Seminary in Cambridge, Massachusetts. 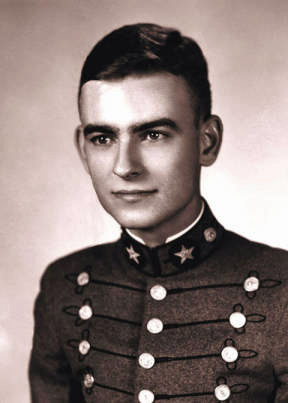 In 1965, Daniels responded to Martin Luther King Jr.’s call for clergy and other people of faith to come to Selma and work for passage of voting rights legislation. His attacker, Tom Coleman, was charged with manslaughter but found not guilty by an all-white jury.

“One of the most heroic Christian deeds of which I have heard in my entire ministry was performed by Jonathan Daniels,” King said after Daniels’ murder.

For the past two decades, the Diocese of Alabama has honored Daniels by organizing a pilgrimage to Hayneville with support from the Diocese of the Central Gulf Coast. The pilgrimage typically includes stops at the jail where Daniels and other arrested activists were held, the site where he later was killed and the courtroom where his killer was acquitted.

This year, the pilgrimage was held Aug. 15 as a nearly two-hour livestream. It included footage of the 2015 pilgrimage, as well as newly recorded remarks by the bishops from the two dioceses and a testimonial by Richard Morrisroe, who was with Daniels when Coleman attacked. Morrisroe also was shot by Coleman but survived.

The pilgrimage’s keynote speaker was the Rev. Kelly Brown Douglas, dean of Episcopal Divinity School at Union Theology Seminary in New York. The seminary attended by Daniels was its precursor.

“To claim to be a people of faith means that we have committed ourselves to partnering with God in mending and healing the Earth, thus moving it closer to God’s promised just future,” Douglas said. She framed the legacy of Daniels’ martyrdom within the present context of the growing Black Lives Matter movement.

She also referenced Daniels’ own words, delivered in his 1961 valedictory speech at Virginia Military Institute: “We stand poised for flight into a new world and a new vision.”