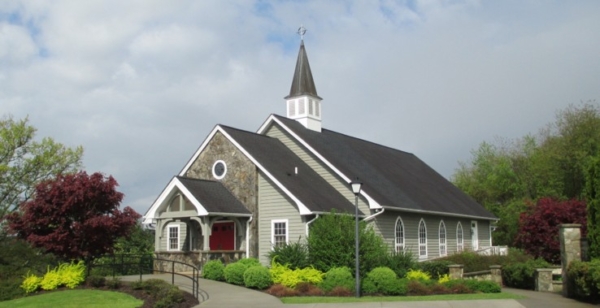 [Episcopal News Service] An earthquake that shook northwestern North Carolina awake on the morning of Aug. 9 caused minor damage to a church in Sparta, the town closest to the epicenter.

No one was inside Christ Church at the time because it has not been holding in-person services due to the pandemic, said Senior Warden Jann Boggs, “so that was a blessing.”

With a preliminary magnitude of 5.1, the earthquake was the largest one to hit the region since 1916. No deaths or serious injuries were reported, though some buildings in Sparta were damaged.

At Christ Church, there was damage to the drywall seams in the sanctuary’s walls and ceiling, the well line was broken, some altar candlesticks broke when they came crashing down and “the sacristy was pretty much a shambles,” Boggs told Episcopal News Service.

“We haven’t had a chance to even get in there and do anything with it, but there’s stuff strewn all over the floor,” she said. “We have no idea what we’ve really sustained as far as damage [in the sacristy].”

The church – which is between rectors since the previous one left just a week before the earthquake – fared better than other buildings in town that were shaken off their foundations or in danger of collapsing, Boggs said. And there was one upside to the earthquake.

“When I tell someone in North Carolina that’s not from here that I live in Sparta, their eyes glaze over. I think now they’ll know where Sparta is.”