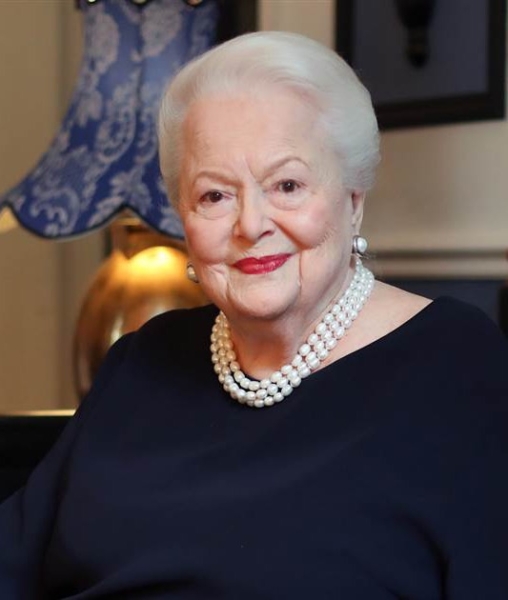 “Olivia was 104, and had been a member of the Cathedral since she moved to France in the 1950s. She died peacefully, with love and prayers surrounding her. Please keep her daughter, Gisèle, and her many friends in your prayers,” wrote Laird in a newsletter to members and friends of the Convocation of Episcopal Churches in Europe.

An honored screen actress with more than 60 film and television credits and a two-time Oscar-winner, de Havilland played Melanie Hamilton Wilkes, Scarlett O’Hara’s sister-in-law, in “Gone With the Wind,” the 1939 Civil War epic. She also paved the way for actors to disassociate with studios and become “free agents” in the early 1940s.

A tribute to de Havilland, written by Anne Swardson, a journalist and member of the cathedral, published in Bloomberg is here.