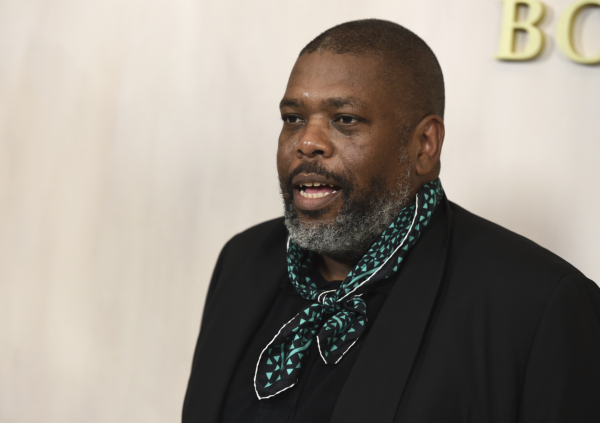 [Episcopal News Service] The Episcopal Church’s House of Bishops gathered on Zoom on July 28 for the first session of a two-day meeting on the theme of “Communion, Divine and Human: Holy Eucharist and Racial Reconciliation.” Though the two topics may seem separate, they have the same theological underpinning, Presiding Bishop Michael Curry explained during a sermon given at Morning Prayer.

“Holy Eucharist and racial justice and reconciliation – Communion, divine and human – may not seem like they are related, but they are intimately related,” Curry said. “On the surface, they seem disconnected. But behind each one is the struggle for communion and relationship with God.”

The House of Bishops typically meets twice a year – in the spring and the fall. The bishops were supposed to be together at the Lambeth Conference in England this week, but with the conference postponed until 2022, the bishops decided to gather for this special session to discuss the pressing concerns of racism and ways to maintain virtual faith communities.

The highlight of the three-hour meeting was a discussion between Curry and Hilton Als, the Pulitzer Prize-winning author, professor and theater critic for The New Yorker who frequently writes about race and identity in American culture. Als, who grew up partly in The Episcopal Church, shared his perspectives on race and racism in America, stories from his experience growing up as a Black man in New York City and his visions of what racial harmony could look like.

The topic of communion – both the sacrament and the broader state of being united – ran through Als’ discussion with Curry and Curry’s sermon, which referenced recent debates about Eucharistic experimentation brought on by COVID-19.

And when racial reconciliation is pursued and achieved, Curry said, that is a form of communion.

“We are not here to discuss the mechanics of Eucharist – how shall it happen. We got to figure that out, I know, but that’s not what this is about. This is about communion with God and communion with each other. We are not here just to solve the problem of race. We’re here to figure out the problem of that human race,” Curry said during his sermon.

Als talked about some of the times in his life when he felt that communion and the times when he felt the opposite – the alienation and degradation of racism. He shared how it felt to sometimes be viewed as a threat rather than a person when he reached his teens, and how his Jewish neighbors – one of whom was a Holocaust survivor – encouraged his penchant for writing by giving him a typewriter.

The recognition and the action taking place around racism in America in recent weeks encourage him.

“I’m hoping that we can keep going. I don’t think that anything is entirely eradicated because of activism because then we wouldn’t need to be activists. Everyone in the church is an activist. And as an artist, I’m an activist,” Als told Curry during their discussion. “I [have] such hope because of what people like you bring to ceremony, and to the conversation around … race in general. And so I do feel much more hopeful than I did five years ago.”

Als also spoke about the importance of including Black narratives in educational and historical accounts “so that our history, including stories about Absalom Jones and so on, are going to be included in the curriculum now because they have to wake up to the fact that America is not one story. It is many, many, many stories.”

The meeting included a Q&A session with the bishops and Als, who answered questions such as how best to express the full human experience in sermons.

“What propels us,” Als said, “is the belief that hope can be transformative – that if we live with hope, then we’re living with a kind of power that we can share with other people. … Even in despair, there’s hope.”

The meeting continues on July 29 with a presentation on “Communion and Community Under Special Circumstances” from the Rt. Rev. Mary Gray-Reeves, former bishop of the Diocese of El Camino Real in California.