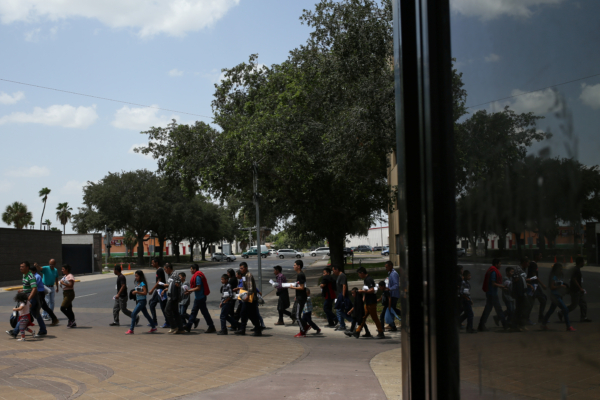 Undocumented immigrant families walk from a bus depot to a respite center after being released from detention in McAllen, Texas, on July 28, 2018. Photo: Loren Elliott/Reuters

[Episcopal News Service] With COVID-19 further complicating the already dysfunctional system of processing migrants at the United States’ southern border, the Diocese of West Texas is stepping up to fill an immediate need: housing for migrants who are being released from federal custody with nowhere to go.

The situation arose suddenly last week, said Flor Saldivar, the diocese’s immigration ministries coordinator, who knows how unpredictable the U.S. immigration system can be, even without a pandemic. She was hired just before COVID-19 hit the U.S. and has been rapidly adapting her work to a new, even more troubling reality. Previously, the diocese had participated in mission activities like bringing food to shelters for asylum-seekers and providing guidance and supplies to families being released from custody, but Saldivar told Episcopal News Service she “really wanted us to do more.”

On July 15, out of the blue, she and the diocese got their chance. A contact from a partner organization heard that 40 Haitian women and children were unexpectedly being released from U.S. Customs and Border Protection facilities in the area due to severe overcrowding and outbreaks of COVID-19, but they needed to have housing and a sponsor lined up before they could leave.

This was a critical development for the migrants, Saldivar said, because the pandemic had put further strain on the immigration system, to the point that court dates were being pushed back as much as three years. If they couldn’t get sponsors and housing, the migrants could be stuck in detention until 2023 or beyond. 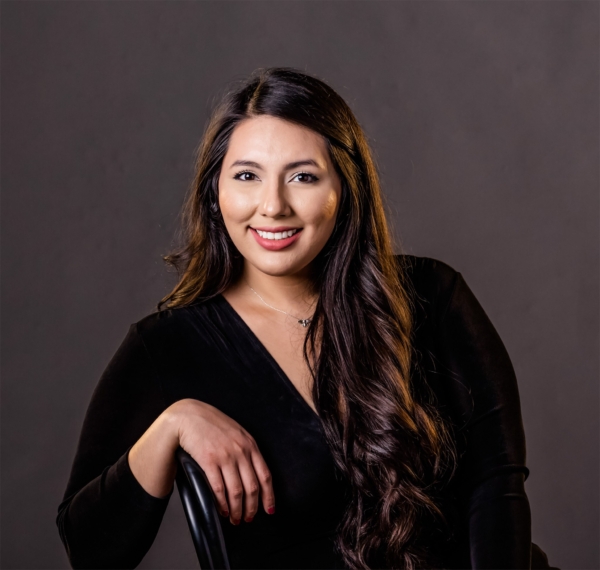 “For them to have to live in a detention center for two whole years extra just because you don’t know anyone in this country was awful,” Saldivar said. “And so, these other organizations were kind of trying to fill that gap, but they just didn’t have the manpower. … I just thought to myself, we need to help these family members. I mean, they’re in such critical need.

“And so I spoke to my bishop [David Reed] about it. And he was just over-the-moon excited. … He was just kind of like, ‘Yes, whatever we can do to help you.’”

The next day, Saldivar was told of more migrants that needed housing right away. In June, a federal judge ordered that all children and their family members that had been held in U.S. Immigration and Customs Enforcement custody for more than 20 days had to be released by July 17, citing “horrific conditions” including COVID-19 outbreaks. At the time, there were 124 children in ICE’s three family detention centers, two of which are in West Texas. ICE, however, did not begin processing the children until that date, Saldivar told ENS. The diocese’s partner organization told Saldivar that three families were being released from one of the Texas facilities the very next day.

“In the span of 48 hours, we had a very urgent need for these 40 Haitian women and children. And then we have this other extremely urgent need for those children and families being released by ICE in these two facilities. So it was kind of a double extreme urgent need,” Saldivar said.

On July 17, Reed sent an email to his diocese seeking two-week accommodations – in private homes, motels or Airbnb rentals – for the migrants so they could get out of detention and then into long-term housing. The diocese also set up an emergency immigration housing fund to secure those accommodations, and there was “a scramble to find sponsors.”

“The topic of immigration remains incredibly complex and divisive, and good Christians will likely disagree on what ought to be done politically until the Second Coming,” Reed wrote. “But there are plenty of points upon which we can agree, and plenty we are called to do as followers of Jesus. Reaching out our hands in love to those who are suffering is one thing we can do.”

The response was immediate and enthusiastic.

“We just were bombarded with overwhelming support,” Saldivar said. “I mean, The Episcopal Church, our congregants, our teams, Episcopal Migration Ministries – I mean, everyone. There was an outpouring of love and support and people donating to that fund.”

With that money, the diocese rented Airbnb homes in San Antonio for the three families and provided groceries and translation services for them, Saldivar said. Some congregants have stepped up to be short-term sponsors for them while they figure out a long-term situation. The families, all with young children, are from Angola, Haiti and the Republic of the Congo.

“People hear the word ‘immigrant’ and they hear the word ‘refugee’ and for some reason, everyone automatically thinks, ‘Oh, it’s all from the southern border. Everyone’s from Mexico, everyone’s from Central America or South America.’ And we do have very large populations of these families. However, a lot of the people we’re seeing that are released are from African countries,” Saldivar told ENS. “We just need to make sure that people understand it’s not only South American countries where people are fleeing from. These refugees are seeking asylum because all of these places throughout the world are not safe for them to live in.”

Despite the success of the hastily arranged mission to house the three families, the situation remains dire for other migrants, and this is just the beginning of the effort to house them.

On July 23, Saldivar heard that the release of the 40 Haitian women and children is going to be delayed because the group – which includes some pregnant women – is experiencing an outbreak of COVID-19. It’s unclear when they’ll be released, so Saldivar and her partner organizations are preparing to receive them whenever that happens.

“We’re just getting ready because it’s the calm before the storm,” she told ENS. “And we know that in the next couple of weeks, we’re going to need a lot of help.”