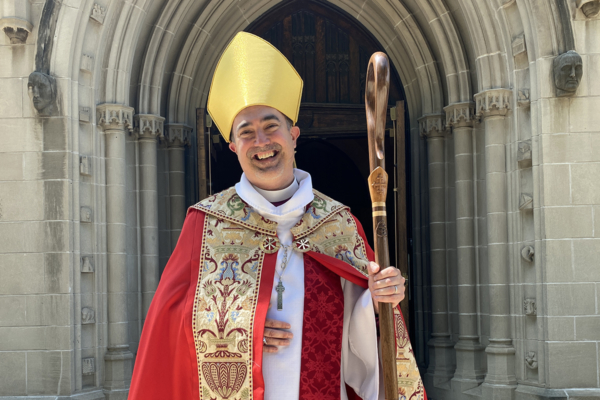 The in-person service was limited to only those necessary to perform the liturgical and technical duties necessary, while the service also was livestreamed. While small, it maintained its reverence and holiness.

Loya has served as dean of Trinity Cathedral in Omaha, Nebraska, since 2013, and was the canon to the ordinary in the Episcopal Diocese of Kansas from 2009-2013. He received his Master of Divinity degree from Yale University and a diploma in Anglican studies from Berkeley Divinity School at Yale in 2002. Loya lives in Omaha with his wife, Melissa, and their two children.