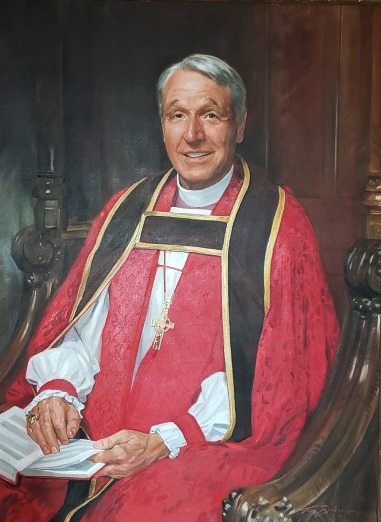 Born in Memphis, Tennessee, on August 26, 1929, and educated at Christian Brothers High School, Coleman graduated from the University of the South with a master of divinity degree. Ordained a deacon by Bishop Theodore N. Barth in 1956, he was ordained a priest by Bishop John Vander Horst the following year. He served churches in Tennessee, Georgia and Virginia and spent 14 years at St. James Church in Baton Rouge. He was rector of St. John’s Church, Memphis, at the time of his election as bishop coadjutor.

On June 19, 1993, Coleman was elected the eighth bishop coadjutor of the Diocese of West Tennessee. His consecration by the presiding bishop, the Most Rev. Edmond Lee Browning, took place on Nov. 13, 1993, at Mississippi Boulevard Christian Church.

Bishop Coleman’s leadership included a vision for the planting of new churches and a strategic plan to foster growth in the diocese. Using small group meetings and open forums, his episcopacy brought about healing and reconciliation on diverse issues.

He initiated several important programs for young people, including the Diocesan Youth Council and the reinstatement of diocesan college chaplaincy. The establishment of the Center for the Catechesis of the Good Shepherd brought an internationally recognized Christian formation program to the diocese. First located at St. Mary’s Cathedral, the Center continues to foster cooperation among several denominations.

At the 20th Annual Convention in March 2001, a resolution was adopted that recognized and honored the ministry and service of both Coleman and his devoted first wife, Carter, who preceded him in death.