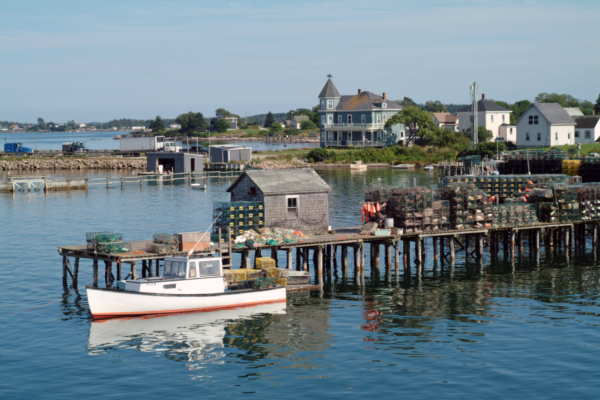 [Episcopal News Service] With little help from the federal government, small businesses across the United States are struggling to survive. In Maine, where the economy is heavily dependent on the now-decimated industries of tourism, restaurants and fishing, one particular type of very small business is caught in the eye of the economic storm: the lobsterman.

About 5,000 lobstermen in the state, along with about 10,000 other workers in the industry, land more than 80% of the national catch and generate an economic impact of about $1.5 billion per year. Over the last decade, the industry has been booming, mostly thanks to China’s growing appetite for lobster; exports to China increased nearly 2,000% from 2010 to 2018. However, the boom ended abruptly in 2018 during President Donald Trump’s trade war with China, which resulted in heavy tariffs on U.S. lobster exports. Now, with sales to restaurants virtually gone, some lobstermen are selling directly to consumers to get by.

One congregation is using a strength-in-numbers approach to support one of their local lobstermen. St. Francis by the Sea Episcopal Church in Blue Hill has organized a bulk-buying effort, purchasing sizable amounts from a lobsterman who is a friend of several members and encouraging parishioners to buy and freeze what they won’t eat right away. Along with the church’s volunteer-run grocery delivery service, the “community-supported lobster” program also means parishioners – many of whom are elderly – can stay safe and healthy at home. And it’s a chance to indulge in something often reserved for special occasions. 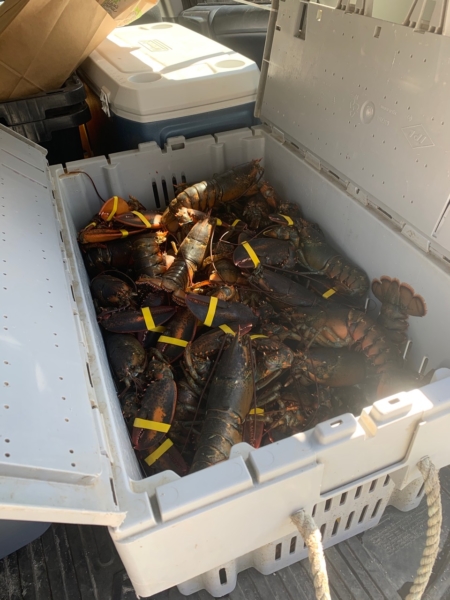 Lobsters await delivery to parishioners of St. Francis by the Sea and other residents of Blue Hill, Maine, on April 16, 2020. Photo: Brent Was

“I think that we have the moral fortitude to do our part to eat lobster for a good cause,” said the Rev. Brent Was, rector of the church in Maine’s bucolic Mid-Coast region, a rocky stretch along the Atlantic between Portland and Acadia National Park dotted with small towns.

In early April, Was took orders from parishioners and bought 90 lobsters – about a quarter of the lobsterman’s catch – which he and a few volunteers divided up and delivered. It was such a success that Was decided to make it a weekly effort. Word spread quickly, and for the second round, about a third of the orders were from locals who aren’t members of the church. Was and the volunteers delivered 295 lobsters to 43 households on April 16 – about three-quarters of the lobsterman’s catch.

Some lobstermen have been selling their catch on roadsides and in supermarket parking lots, which takes up a lot of time and vastly increases their risk of exposure to COVID-19. Bulk purchases like the St. Francis program prevent that. It also gives Was a chance to do some pastoral care by having check-ins with parishioners from a safe distance and to introduce himself to others in the community. 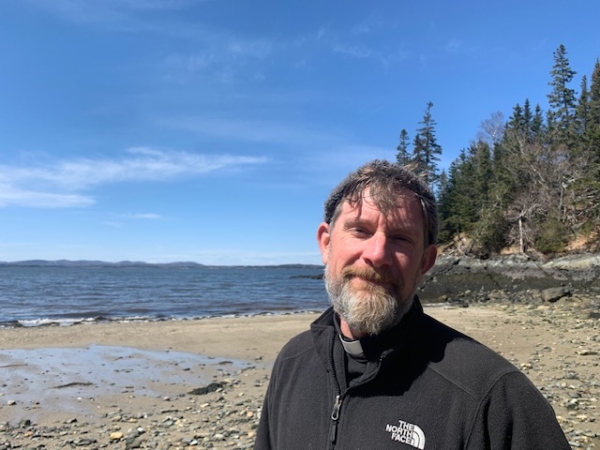 The Rev. Brent Was on Penobscot Bay in Harborside, Maine. Photo courtesy of Brent Was

Although the program was born out of a time of crisis, Was hopes it can be part of a larger movement to revitalize local food systems when the pandemic passes. Sustainable agriculture has long been Was’ passion. He once ran a small community-supported agriculture operation (in which farms sell directly to consumers, much like the lobster program) and has a doctorate in the theology of sustainable agriculture from Episcopal Divinity School. While serving in his previous parish in Eugene, Oregon, he was a vocal activist for local food programs, and Maine’s vibrant farm-to-table culture is part of what attracted him to Blue Hill.

“Sustainable agriculture at a small scale is something that’s very important to me, and it’s huge in Maine,” Was told Episcopal News Service. “Blue Hill in particular is one of the centers of the back-to-the-land movement. … So how we as a congregation will continue to work with local food systems, I’m not sure how that will look, but it certainly will.”

The disruption of a global pandemic has exposed the fragility of America’s food supply chain, Was said.

“I think local food systems are going to be essential for our long-term resilience, particularly for small rural communities. We’re at the end of supply chains, and so being able to support ourselves, at least somewhat, is going to be very important. And so I think this will just be a good entrance for us into that world. … When the vegetable growers start producing again, we will hopefully be connecting with them somehow.”