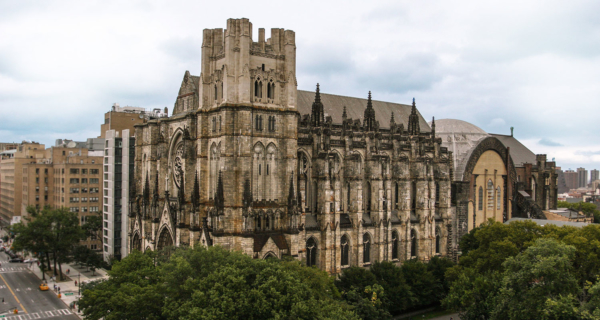 The Cathedral Church of St. John the Divine in New York, New York. Photo courtesy of the cathedral

“Mount Sinai, which is investing a great deal of money in this [effort against COVID-19], has decided that, given the way the curve is falling, they could make better use of the money elsewhere, and Samaritan’s Purse could partner with them more effectively elsewhere,” Malloy told ENS. “There’s been a change in the rate of admissions to hospitals and all sorts of things leading the hospital to make different decisions.” 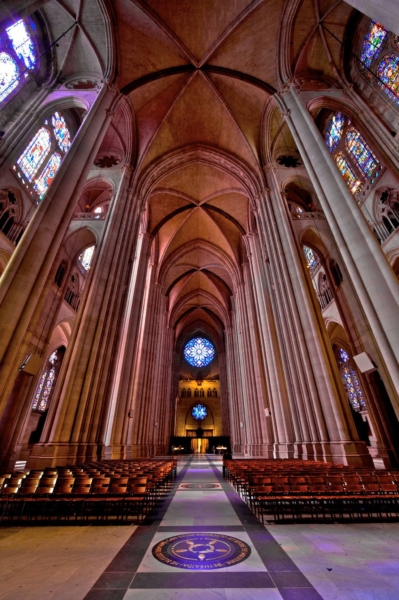 The nave of St. John the Divine, one of the largest churches in the world. Photo courtesy of the cathedral

Although the situation in New York City remains dire, the overflow hospitals set up in a Manhattan convention center and onboard the USNS Comfort are mostly empty, Malloy noted.

While the cathedral staff did disagree with the practice by Samaritan’s Purse of requiring people who work for the organization to sign statements of belief that include anti-LGBTQ interpretations of Scripture, that was not the reason for the change in plans, Malloy said.

“We did not tell Samaritan’s Purse that they were not welcome here. We never told them that,” Malloy told ENS. “The offer that we made, we did not make to Samaritan’s Purse; we made it to Mount Sinai. And that offer still stands. The dean just spoke to the president of Mount Sinai. So we’re still in active conversation with Mount Sinai. … We’re hoping that they can find other ways to partner with us.”

In a statement, Samaritan’s Purse thanked the cathedral for offering its space.

“We are very grateful to the cathedral for their willingness to join the fight against the disease. After further discussions and assessment, we will not be moving forward with an expansion at this location. We continue to partner with Mount Sinai Health at our Central Park emergency field hospital and will work with them to establish more treatment capacity if needed.”