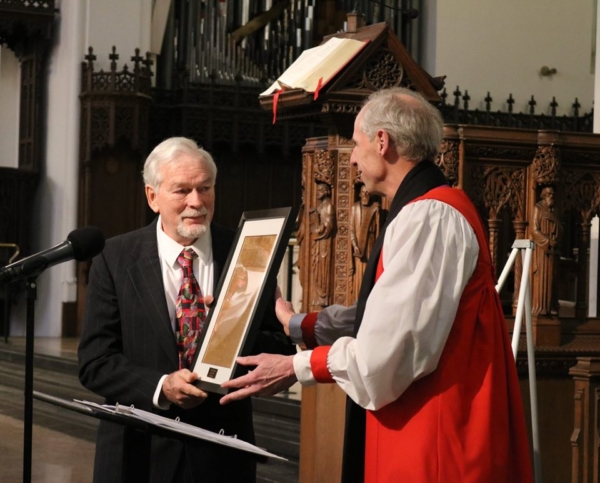 [Episcopal News Service] In a time when journalists are singled out as the “enemy of the people” by the president of the United States and subjected to an “unprecedented” level of violence and intimidation, the Diocese of Western Massachusetts has made it a point to honor them.

The diocese held its third annual Blessing of Journalists at Christ Church Cathedral in Springfield on Feb. 25, a few days after The Episcopal Church’s annual commemoration of Frederick Douglass. The timing is intentional: Douglass, a former slave who became one of the leaders of the abolitionist movement, was a journalist himself, establishing the anti-slavery newspaper The North Star in 1847.

The service included the presentation of the Bishop’s Award, which is given to a local journalist “who demonstrates excellence in bringing local and national concerns to the people of Western Massachusetts.” This year’s recipient was Wayne Phaneuf, who recently retired from his position as the executive editor of The Republican, Springfield’s daily newspaper. Phaneuf had worked for the paper since 1969. 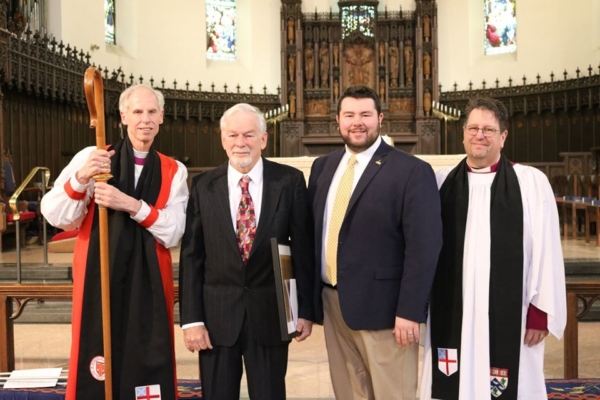 “It is a joy to award excellence in journalism, especially at a time when the profession is under attack,” said Bishop Douglas Fisher during the service, according to text of his remarks provided by the diocese. “It has never been more important, and The Episcopal Church cares. I am especially grateful to journalists who give the voice of faith a place in our public discourse. … Over the past 50 years, Wayne Phaneuf’s work has had a demonstrable impact on the life of our community.”

Fisher presented Phaneuf with a framed page from The North Star, highlighting the connection to Frederick Douglass. 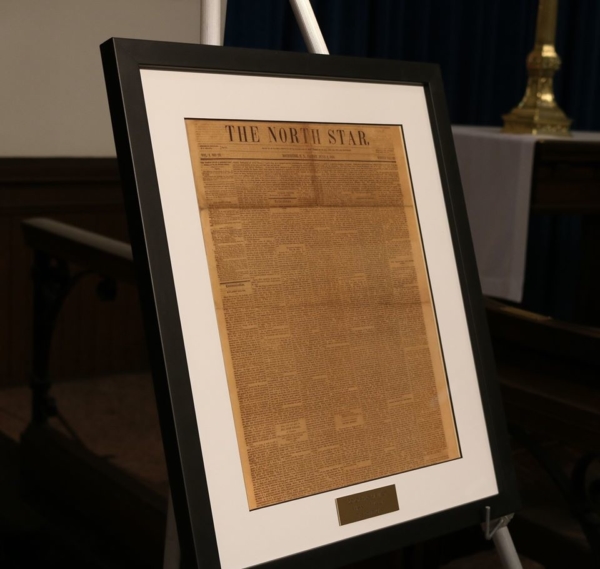 This page from the abolitionist newspaper The North Star, published by Frederick Douglass, was presented to Wayne Phaneuf at the third annual Blessing of Journalists. Photo: Diocese of Western Massachusetts

“Douglass understood the power of the free press to help our nation listen to its better angels,” Fisher said. “The Episcopal Church supports the work of journalists here and abroad as essential to our republic and to the work of peace and justice in our time.”

The service included readings from Scripture as well as excerpts from the writings of Douglass, Thomas Jefferson, Pope Francis, the U.S. Constitution and other sources on the importance of a free press. In the prayers of the people, special intentions were offered for journalists working in dangerous environments, the White House press corps, and “those whose news has been labeled ‘fake’ and whose stories and reporting have been dismissed and belittled.”

In his final blessing, Fisher adapted the Prayer for Journalists by St. Francis de Sales, patron saint of writers and journalists:

“Strengthen and direct, we pray, the will of all whose work it is to write what many read, and to speak where many listen. May we be bold to confront evil and injustice. May we be understanding and compassionate of human weakness. May we reject the half-truth which deceives, and the slanted word which corrupts.”