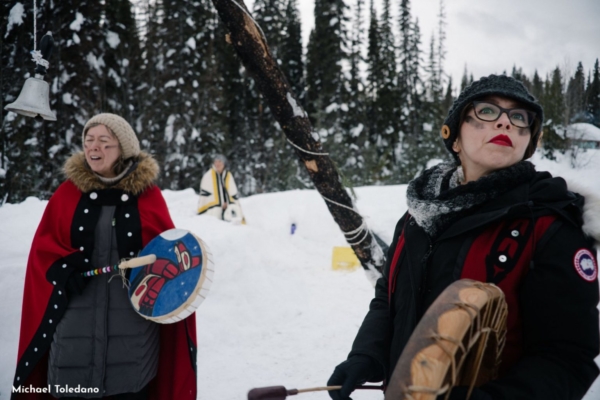 [Anglican Journal] A statement calling on the government of Canada and the Royal Canadian Mounted Police to “immediately cease their occupation, arrests, and trespassing on Wet’suwet’en sovereign territory” has drawn signatures from 71 church leaders in the Anglican Church of Canada and beyond.

The statement of solidarity with Wet’suwet’en Nation pipeline opposition was released by Toronto Urban Native Ministry in the Diocese of Toronto. Posted Feb. 6, it was signed by several Anglican bishops, including National Indigenous Anglican Archbishop Mark MacDonald and National Bishop of the Evangelical Lutheran Church in Canada Susan Johnson. Many more signatures have since been added via the Web.